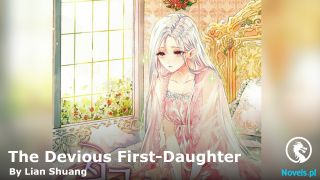 He thought to himself, “To a Quasi Immortal Emperor, an Invincible Immortal King is just an ant that can be killed easily. Why did the Exalted Immortal ask me to follow him? With the cultivation of a Quasi Immortal Emperor, there’s no need to use this to intimidate me, nor is it possible for him to do this just to let me see his strength… I understand. He’s probably trying to give me an opportunity.

If my realm is high enough, it’s even possible for my cultivation to directly increase because of this. I might even break through on the spot and reach the level of a Quasi Immortal Emperor.

But this is only the first time I’ve met this senior, and he actually wants to give me such a huge opportunity. What’s the purpose? What’s the reason? What’s his goal?

It’s just that my words shouldn’t be worth a Quasi Immortal Emperor doing this. However, I’m a member of the Chaos Heaven Assembly after all. Is he expressing goodwill to Chaos Heaven?

If that’s really the case, that’s great. Compared to the Primordial World, our Chaos Heaven has always been at a disadvantage in terms of the number of high-end experts. If we can rope in a Quasi Immortal Emperor, the pressure on our Chaos Heaven will be much less.”

Cui Heng sensed the changes in Venerable Master Jiu’s emotions, but he did not pay much attention to him.

At this moment, he was focused on observing the phenomenon triggered by the Invincible Immortal King when he entered this universe.

The laws of the entire universe have entered an extremely tense state. Near this person, many laws have even begun to collapse, and space and time has become a little chaotic.

But this chaos was not caused by the divine power of time, but because his body is too huge compared to this universe.

This caused a drastic change on the physical level and affected the normal operation of spacetime. There were signs of time accelerating or slowing down, but it did not affect the past or the future.

From the interaction between this person and this universe, he shouldn’t have touched the mysteries of the River of Time yet, but his size is indeed enough to compare to me, an Early-stage Return to Void cultivator.

This seems to be similar to the Peak of the Soul Formation realm. His body is equivalent to a universe, but it lacks the mystical power of time and does not transcend the level of a universe.”

Through the interaction when he entered this universe, Cui Heng could clearly determine the level of strength of this Invincible Immortal King and whether he had touched the mysteries of time.

“I see.” Cui Heng looked at the phenomenon that filled the universe and the corners of his mouth curled up slightly, revealing a faint smile. “This is an Invincible Immortal King?”

Now, he had completely figured out what level this Invincible Immortal King was at.

Countless thoughts appeared in Venerable Master Jiu’s heart when he heard this. He thought to himself, “What does this mean? Could it be that he doesn’t know the strength of an Invincible Immortal King?

Unless… he’s an existence born with the strength of a Quasi-Immortal Emperor. However, the Origin Great Dao of this universe is so barren. Normally speaking, it’s unlikely for even an Immortal King expert to be born. How can a Quasi Immortal Emperor be born?”

This caused Venerable Master Jiu to fall into deep thought. No matter what, he could not understand what Cui Heng had just said.

At this moment, Cui Heng suddenly smiled and said to Venerable Master Jiu beside him, “Venerable Master, this person is forcefully entering this universe. If the laws of the universe counterattack, will it be his match?”

“Ah?” Venerable Master Jiu asked curiously, “Senior, that person is an Invincible Immortal King. His body is comparable to a universe. The Great Dao laws of this universe are about to collapse…”

“What if this universe has a special suppression law?” Cui Heng chuckled. “For example, as long as any Heaven Pass Realm experts from the Primordial World enter this universe, their realm will directly fall to the Peak Dao Heaven Realm.”

“…” Venerable Master Jiu was clearly a little stunned when he heard this, as if he could not understand Cui Heng’s meaning for a moment. After a while, he said in surprise, “This… there can’t be such a rule, right?”

He had never heard of this kind of universe law that specially suppressed Heaven Pass Realm experts. Moreover, even if there was such a law, this barren border universe probably could not effectively suppress Immortal Kings.

But why did this senior suddenly say this? Was there a deeper meaning?

Cui Heng suddenly said, “I order this universe to form a new rule. As long as any Heaven Pass Realm experts from the Primordial World enter this universe, their realm will directly fall to the Peak Dao Heaven Realm.”

His voice was not loud, just the volume of his usual words. However, it spread at an extremely fast speed through the power of the Origin of Life, instantly reaching the ears of every living being in this universe.

This naturally included Feng Sheng, who had already descended into this universe.

After using the Grand Seal Immortal Sky Net to completely seal this universe, he originally planned to immediately look for the Heaven’s Will here. At this moment, he suddenly heard these words, and the expression on his face immediately became incomparably interesting.

In the eyes of an Invincible Immortal King like him, the words just now were too ridiculous. He did not believe a single word.

After all, directly setting new laws for a universe was something only a Quasi Immortal Emperor could do.

Moreover, even if a Quasi Immortal Emperor wanted to set new laws, he had to follow a certain pattern. It was impossible to directly fabricate some laws out of thin air, let alone such ridiculous rules that specially suppressed a certain group. It was almost impossible to successfully create them.

Moreover, the Primordial World had a close monitoring of the movements of all the Quasi Immortal Emperors in the Boundless Chaos Sea.

After a long time of correction and experimentation, there were almost no oversights in their surveillance.

He could confirm that there were no Quasi Immortal Emperor realm experts in this universe.

This was also one of the reasons why Feng Sheng came.

As long as it was a living being that had yet to reach the Quasi Immortal Emperor realm, he was confident in dealing with it. This was his confidence in his strength.

However, just as he confidently ignored this voice and was about to find the source, the power in his body actually began to decline rapidly.

In the blink of an eye, Feng Sheng realized that the power in his body was inexplicably draining.

And it was extremely fast.

It was as if a sack had been pierced through, and everything inside was gushing out.

Feng Sheng’s heart was instantly in turmoil. “A new law has really appeared. A Quasi Immortal Emperor has taken action?!”

At the same time, he began to circulate the power in his body, trying to resist the strange laws that were weakening his body.

In the depths of his heart, he was already roaring in disbelief, “Such ridiculous laws actually appeared. Did a Quasi Immortal Emperor take action? He can actually create such completely unreasonable rules out of thin air?!

That’s not right. The suppression of this law is based on the power of the universe itself, and this universe’s body is not even as big as mine. It’s impossible for it to completely suppress me.

I don’t believe that the laws of this universe can suppress me. Does this universe, which is weaker than me, want to weaken me?!”