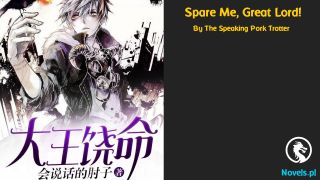 «Realizing This Is A Wuxia World After Cultivating For 300 Years (Web Novel) - Chapter 505: Broken Parts

This skull was as white as jade, and the entire surface was suffused with a faint green light. It was incomparably pure, as if it was the most perfect creation. It was exquisite and flawless.

Any living being who saw this skull would feel extremely refreshed. They would feel that their body and mind had been sublimated like never before, and their entire body had become different.

If someone with a profound cultivation realm saw this skull, they would still feel like they were facing the origin of the Great Dao. They would naturally comprehend the endless mysteries of the world, and their realm and cultivation would increase exponentially.

To experts who had stepped into the Twelfth Heaven Gate realm, the Dao runes, Dharma, and Logos contained in this skull were enough to increase their strength by several times or even more. It was definitely a supreme treasure.

And these effects and everything else were actually naturally produced.

As long as one saw this skull, they would immediately sense a series of feelings and experiences. They would not even have a chance to react or think. It was very easy to be intoxicated.

Moreover, this influence was huge.

Other than the Lord of the Heavenly Court, the Nine Heavens of the Outer World who had crossed the Third Heavenly Ladder, and Cui Heng himself, everyone present was actually affected by this skull.

“Cough, cough!” Cui Heng coughed lightly and shot out a trace of insignificant soul power to eliminate the effect of this skull.

This also brought the Lord of the Heavenly Court back to his senses. Then, he looked at the skull in shock, his eyes filled with disbelief.

Especially the Lord of the Heavenly Court, who once possessed this light, he was even more shocked.

Why was it a human skull?

This was one of the 21 strongest divine lights left behind by the God of Creation. Why was there a skull at the core of the light?

It was too bizarre and shocking.

But beyond the shock and bizarreness, something that even made him wonder if he was hallucinating quickly happened.

After taking out a skull from one of the “divine lights”, Cui Heng seemed to be filled with interest in investigating the essence of these divine lights. He turned to look at the other “divine lights”.

He gently raised his hand and grabbed. Another ray of light flew out and landed in his palm.

This light was clearly more active.

Clearly, this was impossible.

Then, Cui Heng grabbed the ray of light in his palm and shook it gently…

The light enveloping its surface immediately flickered as if it had suffered a huge impact, as if it could be destroyed at any time.

With a muffled sound, this light dissipated with an explosion.

What was originally covered in the light was finally revealed.

A leg was actually hidden in the light!

To be precise, it should be a withered leg and foot.

Although there was still skin and flesh on it, it no longer had any luster. It was extremely dark and looked like tree bark that had been dried for countless years. It did not have any vitality.

This was completely different from the activity displayed by the light.

Then, he looked at the skull and thought to himself, “Could it be that these 21 lights are all a pile of broken limbs?”

This was very likely.

After all, these 21 lights were all connected to each other. From the relationship between the skull and the left leg, this connection could also be the connection between the broken limbs.

At this moment, be it the Lord of the Heavenly Court, the Nine Heavens of the Outer World, or the Masters of the Immortal orthodoxies, all of them revealed dumbfounded expressions.

They did not expect that there would be such a thing in these lights.

It was really unbelievable.

“Let’s see what’s in the other lights.” Cui Heng thought to himself. At the same time, he raised his hands and grabbed the remaining lights in one breath.

Immediately after, under the cleansing of his Dharmic powers, the remaining 19 lights dissipated one after another, and the things wrapped in them gradually revealed themselves.

Then, everyone’s gazes froze, and they all revealed expressions of disbelief.

Other than the skull at the beginning and the left leg and foot just now, there was also the right leg and foot, as well as both arms and hands. They were all extremely withered and did not have any vitality.

Including the skull, when combined, it formed four limbs and a head.

However, these were only the things in five of the lights.

Other than that, there were 16 more rays of light!

As the light that enveloped them dissipated, these broken body parts that had been sealed for countless years appeared.

There was a heart that was still thumping, as well as the liver, spleen, lungs, kidneys… These were the five internal organs. Surprisingly, they had not withered.

After all, these 21 rays of light had power that surpassed the 12 Heaven Gate realms.

If their powers could be fused, they could even touch the threshold of the Soul Formation realm.

He did not expect it to be transformed from a person’s corpse.

Then who could this broken corpse be?

What level of existence was he?

If he had to make a baseless guess, the first person Cui Heng thought of was the God of Creation.

It was indeed not normal.

It was very likely that he did not take the initiative to leave.

Instead, it was because of some unforeseen event that he died and split apart into 21 fragments. He was even sealed in the 21 divine lights to conceal his identity.

However, this situation was too terrifying.

The strength of the God of Creation was not weak. It was even possible that he was a Soul Formation existence. It was really unbelievable that he would be dismembered to this extent.

Cui Heng turned to look at the Lord of the Heavenly Court and said in a low voice, “Did any phenomena happen when the God of Creation left?”