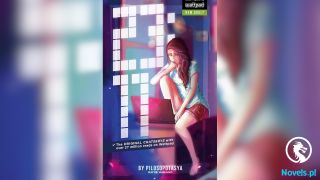 «Realizing This Is A Wuxia World After Cultivating For 300 Years (Web Novel) - Chapter 504: Flip of the Palms, Within the Light

Chapter 504: Flip of the Palms, Within the Light

The light wheel collided with the light ring. With the impact, endless Dharmas and Logos shattered, and the Great Dao of the Heaven Realm was about to be destroyed.

Clearly, the essence of these 21 rays of light was extremely high and had unbelievable power.

If they continued to fight wantonly and vent their power, the entire Heaven Realm would probably collapse and countless living beings would be directly destroyed.

The consequences would be unimaginable.

However, neither the Lord of the Heavenly Court nor the Nine Heavens of the Outer World seemed to care much about this.

They were all using their techniques with all their might to suppress each other, as if they did not know how great the damage would be if this continued.

At this moment, the land outside the Wood Nation that was not under the protection of the Yellow Heaven Sect was already a world-shattering scene.

Mountains hundreds of thousands of feet tall had collapsed, and the ground was split into pieces. Earth fire spewed out and scorched the ground. Thick smoke also rose into the air, covering the sky.

It was a complete apocalyptic scene.

In such an environment, countless living beings died every moment.

Moreover, they would die without an intact corpse or even be reduced to ashes.

At this moment, the entire Heaven Realm was the scene of the most terrifying purgatory.

Actually, these could all be avoided.

With the power displayed by the Lord of the Heavenly Court, he only needed to divert a trace of insignificant power to prevent the living beings from dying.

However, he did not do so. He even used some special authority to begin to extract the origin energy of the Heaven Realm and augment himself to increase his strength.

After Cui Heng saw such a scene, he could not bear to see the living beings suffer like this, so he sent a trace of his power to protect their souls and sent them into the reincarnation space.

This could be considered as giving them a new life.

When Cui Heng attacked, the battle between the Lord of the Heavenly Court and the Nine Heavens was at its most intense stage.

At this moment, the Lord of the Heavenly Court stood in the sky and looked down at the Nine Heavens.

However, there were several people in the Nine Heavens who had formed their Dao in a certain part of the Heaven Realm. The Heaven Realm was also considered their home ground. There were also six Twelfth Heaven Gate realm powerhouses, so they could barely resist the attacks of the Lord of the Heavenly Court.

“Give up. You don’t stand a chance!” The Lord of the Heavenly Court was satisfied and revealed an extremely happy smile. “It’s really been hard on you to cross the Star Field to send the remaining nine divine lights over. Thank you for helping me attain the Dao.”

“How exactly did you obtain those six divine lights?!” Heavenly Venerate Zhong’s expression was extremely gloomy. He gritted his teeth and said, “They’re all hidden in the deepest part of the Heaven Gate. You have no chance of obtaining them at all!”

“I’ll tell you after I take the position of the God of Creation! Hahaha!” The Lord of the Heavenly Court laughed incomparably happily, as if he had finally succeeded in a scheme that he had planned for a long time. He was exceedingly happy.

At the same time, his aura and pressure rose again, and it spiked extremely quickly. Almost every breath he took increased his strength by 10%.

In the blink of an eye, the aura and power displayed by the Lord of the Heavenly Court doubled compared to before. This immediately formed an absolute suppression on the Nine Heavens.

With an earth-shattering bang, the light wheel collided with the light ring again.

However, this time, unlike before, with the inexplicable increase in aura and power of the Lord of the Heavenly Court and the enhancement of the origin energy of the Heaven Realm, the power of the light ring directly obtained a crushing victory.

At this moment, the aura and pressure of the Lord of the Heavenly Court immediately reached the peak. His figure seemed to fill the entire Heaven Realm and was reflected in the eyes of every living being.

In contrast, he had extracted more than half of the origin power of the Heaven Realm, causing the mountains, rivers, sky, earth, and Great Dao laws to become incomparably fragile.

The essence of the entire Heaven Realm had fallen a lot.

In the vast territory of the 9,000 Heavenly Regions, more than half of the endless living beings had died in just a few breaths.

If not for Cui Heng protecting their souls and extracting these living beings into the Reincarnation Space to activate their rebirth, it could really be said that the living beings would have been plunged into misery and suffering, with endless souls being destroyed.

Even so, it was extremely shocking that half of the 9,000 Heavenly Regions was wiped out.

The Lord of the Heavenly Court did not care about this at all. He did not even look at the living beings on the ground. From beginning to end, he had been staring at the nine rays of divine lights.

After discovering that the light wheel had disintegrated into divine light and landed in the palm of the Nine Heavens, the eyes of the Lord of the Heavenly Court seemed to light up and instantly became incomparably bright.

“That’s great! This is all mine now! Hahaha!”

The Lord of the Heavenly Court could not help but laugh loudly. He circulated the power in his body and activated the light ring condensed from the 12 lights, encircling the Nine Heavens of the Outer World.

Immediately after, the nine lights in the hands of the Nine Heavens seemed to have been pulled by a powerful suction force and forcefully escaped their control, flying towards the light ring.

At this moment, the Nine Heavens of the Outer World panicked as they looked at the nine lights that flew towards the ring of light in extreme shock.

They didn’t seem to be just afraid of the reunification of the 21 lights. They seemed to be afraid of an unknown existence.

However, at this moment, it was meaningless for anyone to stop him. Moreover, the Nine Heavens had no power to stop the collection of the nine lights.

They could only watch helplessly as the nine lights gathered towards the ring of light. The 21 lights were about to be unified.

In an instant, a supreme pressure that seemed to collapse the sky, shatter the universe, and destroy the Great Dao suddenly descended.

What followed was a huge hand flickering with five-colored lightning. The palm was dark and contained all laws and principles.

There were sounds of shattering in the void, and there were also sounds of Great Dao laws collapsing. It was the huge hand that was crushing down.

Under this pressure, everything seemed to be useless and not worth mentioning.

The Lord of the Heavenly Court, who had personally seen the huge hand descend from the sky, was completely stunned. His eyes widened as he looked up in disbelief. He did not even dodge.

At this moment, he felt that this huge hand had already covered the entire Heaven Realm. No living being could escape the range of this huge hand.

Even if he escaped from the Heaven Realm and into the endless starry skies, it was impossible for him to resist the capture of this huge hand.

Suddenly, there was another muffled sound. It turned out that the nine lights had collapsed again and failed to fuse together. In the end, the 21 lights did not complete their convergence.

However, this also made the Lord of the Heavenly Court suddenly recover from his extreme fear. He actually became surprisingly calm when facing this huge hand.

“The only way now is to rely on the power of these divine lights to fight to the death!”

The Lord of the Heavenly Court instantly made up his mind. He immediately circulated the power in his body and began to reactivate the light halo, trying to launch a counterattack against the huge hand.

This time, the power erupting from the light halo was far stronger than before. It actually formed a human-shaped phantom in the void and immediately displayed a terrifying pressure that could envelop the entire Heaven Realm.

Moreover, the nature of this pressure was extremely special. It gave off a familiar feeling, as if the creator of this world had returned.

It was simply unbelievable.

This feeling was extremely strong. Even Lian Heng, Qin Tang, and the others who were standing on Cui Heng’s side could not help but want to worship him, but they were stopped by Pei Qingshu and Hui Shi.

Could the power of this halo really withstand the attack of this huge hand?

Many people subconsciously had similar guesses.

But before they could think carefullyâ€”

The huge hand had already slapped down fiercely. The human-shaped phantom with a terrifying pressure was instantly crushed like a dream.

Immediately after, the halo condensed from the 12 lights seemed to have been frozen with all its power. It was directly slapped into individual rays of light by the huge hand and returned to their original appearance.

At the same time, the other nine rays of light were also sucked into the palm of the huge hand and placed at a certain distance from the 12 lights.

This sudden change not only stunned the Lord of the Heavenly Court, but also left the Nine Heavens at a loss.

Where did such a terrifying expert come from?

He actually instantly suppressed the Lord of the Heavenly Court, who was standing at the peak of the 12 Heaven Gate realms and even controlled the 12 divine lights. He even shattered that halo so easily.

It was simply unbelievable!

Was this the reappearance of the God of Creation?!

Under these shocked and disbelieving gazes, the huge hand grabbed the Lord of the Heavenly Court, the Nine Heavens of the Outer World, and the 21 divine lights and returned to the palace in the capital of the Wood Nation.

Then, in front of everyone, he casually threw the Lord of the Heavenly Court and the Nine Heavens of the Outer World to the ground.

The 21 rays of light floated on both sides of his body.

The two sides were isolated and could not gather together.

The Lord of the Heavenly Court looked at Cui Heng in surprise. He also noticed Lian Heng, Qin Tang, and the others and was even more puzzled.

When did such an expert appear in the Heaven Realm?!

The Nine Heavens did not say anything and only looked at Cui Heng in surprise. The series of changes that had just happened had completely exceeded their understanding.

It was too incredible.

“It’s not time for you to ask me questions.” Cui Heng shook his head gently and ignored the question of the Lord of the Heavenly Court. Instead, he turned to look at the 12 lights on his left.

Then, he raised his hand and waved. A ray of light flew out and landed in his palm. Then, the light slowly dissipated, and the thing wrapped in it gradually appeared.

It was actually a skull!