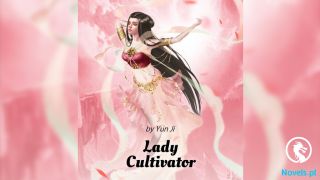 “You just disappeared… Is this all you have to say after you suddenly returned?” Lebron looked at Hyeonu with a sullen expression. He didn’t really like Hyeonu’s behavior as Hyeonu’s actions reminded him of someone else.

‘If you want to escape, we should go together. Why go alone?’ This was why Lebron was angry. The problem was that Hyeonu hadn’t taken him along.

‘Will I be able to stop you if you say you’re going?’ Lebron thought. There was no way to stop Hyeonu. It was Lebron who wanted to leave the city more than anyone else. There was no one with stronger aspirations than Lebron; he had the greatest longing for freedom.

“Master, help me just once. I will die if this continues,” Hyeonu said.

While continuing to look at Hyeonu with a sullen expression, Lebron said, “There is no meaning if you die once or twice anyway. Go and have a good experience.”

“Ah, I don’t know. Then I’ll just stay here.” Hyeonu eventually chose to lie down on the ground in front of Lebron. Then he looked up at the sky and hummed a song.

“Sigh…” Lebron sighed helplessly when he saw this scene. If he didn’t do this, he would end up punching Hyeonu right away.

“Disciple, you have to realize that you have done something wrong. I’ll endure it this time, but… there is no next time,” Lebron said while calming down his anger. No, he piled it up in his heart. It was gunpowder that might explode one day, but he wouldn’t aim it at the empire or Hyeonu. Instead, just like he did in the past, he would aim at those who harmed the empire.

“Yes, thank you, Master. This disciple will do well from now on. I won’t forget your deep grace and kindness.” Hyeonu didn’t know about it and was delighted. He got up in an instant and bowed to Lebron.

“What grace?” Lebron had a strange smile on his face.

‘Huh?’ He sensed a strange vibe from Lebron’s smiling face. ‘Is he not looking at me?’

Lebron was staring at the emperor, who was standing behind Hyeonu. Hyeonu closed his eyes tightly like he had seen something he shouldn’t have seen. Since Hyeonu didn’t move, the emperor stepped in front of him. Then the emperor used his fingers to tap Hyeonu’s forehead. “Can a marquis sleep with closed eyes in front of the emperor? If you are a duke, will you lie down and sleep?”

Hearing the emperor’s words, Hyeonu barely forced his eyes open. He didn’t know what else he would hear if he kept doing this. Rather than making an excuse, Hyeonu chose to bow his head toward the ground and say, “No, Your Majesty.”

It was likely he would arouse the emperor’s anger if he said anything else.

“Really? Then say it. You were on a trip outside for so long. It is so coincidental that you came back at this time after disappearing. It’s like you’re reading my mind.” The emperor smiled slightly and walked around Hyeonu.

Hyeonu was frightened by the sound of the emperor’s footsteps coming from all around him.

“You disappeared just as I was going to warm up in earnest… You showed up the moment I couldn’t stand it anymore… It is truly strange. Don’t you think it is too coincidental, Marquis Gang Hyeonu?”

Hyeonu didn’t answer the emperor’s questions. He just kept his mouth shut like a cat had gotten his tongue.

“Well, yes. It’s good. But…” The emperor once again stopped in front of Hyeonu. At the same time, the emperor’s pressure changed greatly. A faint smile remained on his face, but the pressure he emitted was very violent. He seemed like he would tear Hyeonu apart at any moment.

‘Uh… It is over…’ Hyeonu could only gulp as he faced the emperor’s icy pressure. This was a critical moment. It wouldn’t be strange if Hyeonu’s life disappeared right away.

The emperor’s pressure became stronger as his words continued. “The marquis’ trip will determine whether you will return normally today, or… Well, you should just keep in mind that you might not be able to return safely.”

After that, Hyeonu found it difficult to even breathe.

‘What should I say?’ Hyeonu was worried for a moment. What should he talk about? What could he say to quell the emperor’s anger?

‘Sell the demons.’ Hyeonu decided to offer up the information about the demon nobles, including Earl Delrun. The emperor should be satisfied with this.

“I gathered information about the nobles we need to deal with in advance before returning. As Your Majesty knows, this war is actually against two demon kings. First of all, we have to deal with one demon king and eight nobles.”

There was some interest on the emperor’s face as he listened to Hyeonu. “Demon king? Have you seen him?”

Hyeonu shook his head. “I didn’t see him with my own eyes. However, I already killed two nobles. The demon king said he felt Master’s presence and went to Etono before returning. He will definitely come with the other.”

Hyeonu was convinced that Damanos would most certainly appear in Etono. It might be different if Damanos were an idiot with no thoughts, but he had already obtained information that two nobles were dead and that the opponent was incredibly strong. There was no way Damanos would sit idly.

‘They might not have been killed by the emperor, but…’

Of course, the nobles were actually killed by Hyeonu, but this didn’t mean that the emperor wasn’t as strong as a monster. So the information that had been given to Damanos was half true.

“Demon king?” It was Lebron who spoke instead of the emperor this time.

Lebron cocked his head and said to himself, “Was he a demon king?”

The emperor saw it and asked Lebron, “When did he come?”

Lebron thought for a moment before coming up with an answer: “It has been around three weeks. I felt a huge energy outside the city, and it disappeared after a while… I think that was the demon king.”

It was around that time when the emperor had left Etono and returned to the empire.

“How strong were they? Have you figured it out?” The emperor’s interest was now only aimed at the demon king. Killing useless people had its own fun, but the beauty of fighting was to fight with the feeling of being driven to the extreme. There was no better pleasure than this.

“I think if I fight him, we will be in similar positions. Or perhaps I will be slightly pushed.” Lebron talked about what he’d sensed, which was that Damanos was at a level that might be a bit weaker or a bit stronger than Lebron’s. In other words, Damanos was an opponent where the result of the battle would be unknown. This meant that Lebron was as strong as a demon king.

“Is that so? That is enough. This guy alone will make my coming to the demon world worth it.” The emperor smiled with satisfaction.

Fighting opponents with this level of capability would be enough to make the demon world prove the value of its existence. In the West Continent, those who were similar to the emperor in terms of power consisted of certain individuals of the dragon race and Lebron, but they couldn’t fight to the death against the emperor. At this moment, such a good opportunity to have a thrilling battle had arrived for the emperor.

‘Like a monster…’ Hyeonu shook his head as he watched the emperor rejoice in finding out Damanos’ strength. Monsters like the emperor couldn’t be helped.

‘Fortunately, he isn’t angry with me any longer.’

The emperor’s attention was now focused on Damanos, and the matter with Hyeonu seemed to be settled. Hyeonu thought it was really fortunate.

“Let’s move on from today’s matter. It’s just that… Next time, if you have anything you want, come and talk to me yourself. I don’t like this method.” The emperor’s words were both advice and a warning. He warned that if this were repeated, he wouldn’t let Hyeonu go so easily next time.

“Thank you, Your Majesty.” Hyeonu bowed to the emperor as the latter left. Then he turned to Lebron and asked, “By the way, is the demon king that strong? Is he stronger than you, Master?”

“He is strong. He has so much magic power that I felt like a little sun was floating around,” Lebron answered.

“If Master’s magic power increases… to let’s say around twice as much magic power as you have now… how would the battle turn out then?”

Lebron closed his eyes and thought for a moment about Hyeonu’s question. Then he answered, “I will definitely win. There are still skills I can’t use freely due to a lack of magic power… If I can use them freely, I am confident I can fight the demon king 10 times and defeat him 10 times.”

Lebron was confident. Among the skills he’d created, there were a few he couldn’t use properly put into practice because they consumed too much magic power. He could use a skill somehow if he wanted, but if he couldn’t finish off the opponent with the skill, he might lose the fight. Therefore, he didn’t use these skills in actual battles. However, if the amount of magic power Lebron possessed were to increase, he would be able to use these skills without much difficulty. In that case, he would naturally be even stronger.

“Then please take this, Master.” Hyeonu pulled a ring out of his inventory and handed it to Lebron.

Lebron grabbed the ring and asked Hyeonu, “A ring? What is this?”

Lebron’s expression changed upon hearing that. If Hyeonu’s words were true, that meant this was an opportunity for Lebron to become stronger. In addition, Lebron had already acquired the dark attribute thanks to the Mysterious Sky Demonic Art, so he had no problem with accepting more magic power from the demon world.

“Let’s go to the magic power stone first, Master. I will guide you.” Hyeonu grabbed Lebron’s arm and led him somewhere.

The word defeat should never come before Hyeonu, especially if it was the main scenario. Hyeonu and Lebron arrived at the restored Colosseum. Then Hyeonu recalled his memories and led the way to the space where the magic power stone was located.