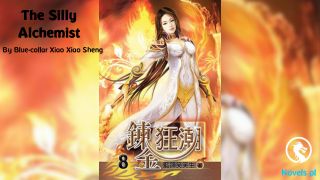 Hyeonu trembled without realizing it. An unexpected chill swept through his entire body.

“What’s the matter? What’s wrong with you all of a sudden?”John Blake saw that Hyeonu was trembling and asked with a pitying expression.

“You can step back if you’re scared. In the first place, the opponent isn’t a good match for you to join in. Just have that bear cast some magic.”

Hyeonu shook his head. That wasn’t possible. Honestly, he didn’t think he was weak enough to get in the way during the battle. At the very least, he was confident that he could be like a mosquito. He wouldn’t be fatal, but he would be annoying.

“I can’t do that, Duke. I am also a member of the Knights of Keon. I like to fight. I don’t want to miss the opportunity to fight such strong opponents.”

It was as Hyeonu said. This was definitely a good opportunity. An opportunity to kill a boss monster at an incredibly high level with three or more guardians didn’t come often.

“That mindset is very good. You were selected well. No, were you raised well? You deserve to be the next generation of the knights.”

John Blake had a very satisfied smile on his face. Excessive greed without knowing the target was a problem, but this time, there were people who could protect Hyeonu. It was okay to be greedy.

Just then, the purple-haired Callioraks appeared with a smile. John Blake and Lebron weren’t surprised by Callioraks’s abrupt appearance. It was a familiar thing. He had made several appearances like this in the last fortnight.

Hyeonu greeted him first. Hyeonu reacted no differently from Lebron and John Blake. It was because he had gone through things that were many times more amazing than this.

“Is it okay to leave right away? There is still an hour or two to spare.”

“Give me 30 minutes. There is something I haven’t said yet.”

Hyeonu was just about to nod in reply to Callioraks when John Blake asked Callioraks for some time.

Hyeonu questioned John Blake’s sudden words. It had been a day since he came to the demon world. He had already shared enough conversations with John Blake and Lebron. There was no reason to spend another 30 minutes here.

“Do you have something to say to me?”Hyeonu put aside his soaring doubts and whispered to John Blake.

“I didn’t tell you the most important thing because I was still trying to resolve it. Take this.”

John Blake pulled something out. He was holding a small book in his hand.

“What is this?”Hyeonu wondered as he accepted the book. Neither John Blake nor Lebron responded.

It didn’t matter if they didn’t answer. Hyeonu had the system.

[The martial arts learned from a sect in the East Continent that was re-established by a famous knight commander of the West Continent. It isn’t fully completed.]

Words flowed out of Hyeonu’s mouth when he checked the item information.

“I used the martial arts you taught me and improved it by adding the secret techniques of the Knights of Keon to it. Your teacher suffered a lot.”

Lebron introduced the identity of the book to Hyeonu. John Blake and Lebron had analyzed the power of chaos that Callioraks had acquired. It was for a fortnight, day and night. The discussion continued with minimal rest.

This was the result. Mixed Sky Demonic Martial Art.

Hyeonu immediately opened the book without any hesitation and acquired the skill. It was made by two monsters putting their heads together. There was no way it couldn’t be good.

[A skill has been created.]

‘I thought this would happen.’

Hyeonu wasn’t at all flustered by Mysterious Sky Demonic Art disappearing. It was because he had experienced this several times already. He silently opened the skills window and looked at the information of the new Mixed Sky Demonic Martial Art.

[The strongest knights of the West Continent have improved the famous martial arts of the East Continent.

New skills will be opened up whenever the proficiency increases.

Skill Proficiency: 5 stars (the proficiency of martial arts is indicated by the star unit)

The attribute is fixed as the chaos attribute.

The strength of magic power is increased by 250%.

Mixed Sky Steps can be used.

Mixed Sky Range can be used.

Mixed Sky can be used.

Mixed Sky Core can be used.

Mixed Sky Core: An inner core made of magic power is created. Your control over magic power will become stronger.]

‘It is a solid upgrade.’

It was hard to believe it was an achievement done in just a fortnight. The skills that were created every two stars were reduced to every one star and the strength of magic power also rose like crazy. The only explanation for such a change was the change in rating. The skill level, which used to be unique, had risen to epic.

“For now, just look at it and learn it. It is also the first time using it in practice. I will refine it again after today’s battle,”Lebron spoke to Hyeonu, who was staring at the book as if possessed.

‘This isn’t the finished version?’

Just then, Hyeonu recalled one part that had been written in the explanation of Mixed Sky Demonic Martial Art. It was an unfinished work.

“Teacher, how is it different from the previous one?”Hyeonu put aside his surprise and asked about the changed Mixed Sky Demonic Martial Art. It was important to know what changed before the important battle took place.

“There is no big change. I just changed the techniques to match the changed magic power,”Lebron replied briefly.

“If you are really curious, wouldn’t it be better to use it for a bit? It is better to see it with your own eyes than to hear it a hundred times,” John Blake added.

Seeing was believing. It was faster to understand it by experiencing it with the body than listening to the explanation.

Hyeonu agreed with John Blake’s words and immediately put it into practice. He raised his magic power and kicked off from the ground. Hyeonu’s body disappeared in a flash. It was the technique that had now become Mixed Sky Steps.

The vanished Hyeonu reappeared in the air. There were six of him. Hyeonu, who had become six, all kicked at the air. Then more Hyeonus appeared. Dozens of him took different positions. Some Hyeonus were swinging the Mysterious Sky Sword very quickly. Others were standing and staring into the air.

Then hundreds of pure energies poured down and smashed the surroundings. They continued to smash at the ground as if trying to see the end of the world.

“I don’t know if it is because he only knows this… but there is definitely a different feeling when he uses it,” Lebron told John Blake while watching Hyeonu’s demonstration of Mixed Sky Demonic Martial Art.

“It is no wonder since you and I aren’t used to it. Looking at this… I’m getting a sense of how to change it,”John Blake replied to Lebron, but he didn’t take his eyes off Hyeonu. He watched Hyeonu with the eyes of a hawk. He saw how Hyeonu used the Mixed Sky Demonic Martial Art and set the direction for future development.

Just then, Hyeonu returned to his original position and expressed his feelings about using Mixed Sky Demonic Martial Art.

“Nothing much seems to have changed. However, it can produce strong power with less magic power than before. Come to think of it, isn’t this the biggest strength?”

His evaluation of the Mixed Sky Demonic Martial Art reversed as he spoke. He expressed whatever came to his mind. It was a story that he just left to his stream of consciousness.

“It is only natural that the efficiency has increased. In the first place, the Mysterious Sky Demonic Art stopped developing… we changed it so it can be used properly with the chaos magic power.”

Lebron clicked his tongue. Hyeonu was stating the most obvious thing.

“You seem to be done talking so we should go.”

Callioraks examined the devastated area before approaching the three people.

Hyeonu nodded. The three of them had no more words to exchange. He got everything he could and tested everything.

Callioraks nodded and flicked his fingers. The purple light from his fingers enveloped their bodies.

The place where the three men were moved in an instant with Callioraks’ magic was somewhere they were seeing for the first time.

‘Was there such a place in the demon world?’

Hyeonu turned his head and looked around quickly. The place where they appeared was high ground like they were on top of a cliff. It was a place where they could look down on other areas. Callioraks walked toward the edge of the cliff.

“See over there? The building in the middle of the forest.”

Then he raised his hand and pointed to a forest where trees grew in abundance. Hyeonu naturally turned his head toward the place where Callioraks’ finger was pointing.

‘Building? Is there a building?’

Hyeonu could only see tall trees no matter how he looked.

“I can’t see it, Callioraks. It just seems to be full of trees,”Hyeonu shook his head and answered.

“You can’t see it? What about the two of you?”Callioraks asked Lebron and John Blake.

Lebron and John Blake were no different. They were the same as Hyeonu. They couldn’t see anything except for a forest.

“Hmm… What if this happens?” Callioraks snapped his fingers. A purple light covered the forest.

Hyeonu’s eyes widened. Something else appeared in the forest where there used to be only trees. There was a huge building. It was a black building with a pyramid-like shape.

“Are you talking about that? The black building?”

Hyeonu pointed toward the black pyramid.

Callioraks smiled slightly and turned to look at the three of them.

“Then I will tell you what you need to do. If you go to the temple of the demon god that you see, there will be the five guardians I mentioned earlier. You only need to fight one of them. It doesn’t matter if you don’t win. Just hold on until I deal with the other four.”

Callioraks didn’t attach much importance to the three of them.

Little helpers. It was just this much.

“Go right now,”Callioraks spoke like he was about to move.

Hyeonu stopped Callioraks. Then he gently touched Tang-E’s head, who was being held in his arms.

“Receive the buffs first before going. It will help a little bit.”

“If you wait a few minutes, I can give everyone else the buffs…”Hyeonu continued speaking. However, Callioraks didn’t care about Hyeonu’s words.

“This much… now I alone am sufficient. You were a treasure.”

Callioraks’s eyes fell on Tang-E. There was deep affection in his eyes.