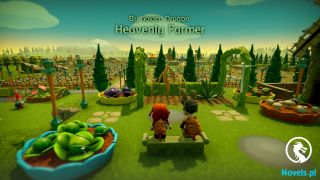 The blonde stunner stood on the street and looked at the watch on his wrist. At this moment, the young man’s pocket vibrated. His smartphone was shaking violently.

The young man’s name was Mason Rockefeller. He was the successor to Rockefeller, America’s top conglomerate, as well as a young man on the verge of making his pro gaming debut.

“I know. A Panamera. Ah, I can see it,” Mason said as Hyeonu’s red Panamera entered his vision. The red Panamera stopped exquisitely in front of Mason.

“Get in. We are going to be late,” Hyeonu urged the dawdling Mason.

There was still some time left until the appointment time, but it was tight. During the day, Gangnam was like a full parking lot. Mason didn’t know this and was relaxed. “Brother, we aren’t late. There is still an hour left. Moreover, it’s in Seoul.”

In Mason’s mind, they would get there in 10 minutes, 20 minutes, or 30 minutes. He didn’t know the reality of South Korea.

“Your thoughts will change when you go there.” Hyeonu gestured with his chin to a small hill. Beyond that was the beginning of the road parking lot. Unsurprisingly, cars were continuously lined up beyond the hill.

“How are you? Are you doing well in the hunts?” Hyeonu asked about Mason’s recent situation in order to use this travel time properly.

“Everyone is doing a good job. Isn’t it really good? I was surprised. Uncle Dwayne is also doing well. Brother Heder is good, and Yuri… Leah? She’s doing well too. Sunny… She is a bit nervous…” Mason replied.

He had also entered New World. To be precise, all the players of Crescent Moon now belonged to New World. They signed up to use the infrastructure that New World had built as well as to establish a cooperative bond early on.

‘Everybody is better than I expected,’ Mason thought as he recalled the hunt that occurred before he came to South Korea.

Heder was a tanker with a solid yet soft style, while Dwayne armed himself with heavy equipment. There was no need to talk about Yuri’s use of skills, and there was Mason’s own powerful magic. As for Sunny, Hyeonu asked: “Still, isn’t her class really good? It seems like a much better class than those of the rankers in the videos I’ve seen or the necromancers of other guilds…”

Mason nodded at Hyeonu’s question. “Her class is better than anyone else’s. It was the first time I knew there was such a fraudulent class. Honestly, the classes of our party all work together well. It is truly unique.”

Despite Sunny’s close-to-atrocious level of skill, her class was very good. The undead she summoned were more powerful than other undead. She couldn’t produce huge quantities of them, but every undead she summoned was powerful. In addition, the occasional outburst of Sunny’s magic was bizarre.

“You and Yuri should help her. If it’s like this at a low level, her strength will be beyond imagination once her skills improve,” Hyeonu said.

He believed in Sunny’s potential andin her rare class, ‘Midnight Sun Witch.’ He also believed in Felion’s Skeleton Staff that he had given her. It was the unique-rated staff that the black magician Felion dropped during the 5th main scenario. The staff had effects that could be called the best, so it was enough to complement Sunny’s skills.

Everyone else made it through the traffic jam and arrived at the meeting point. It started with Moon Doyeong, the owner of Crescent Moon, and followed with Dwayne, Yuri, Sunny, and Heder. Hyeonu and Mason arrived the latest.

‘Why is it so awkward?’ Hyeonu wondered. The atmosphere in the room was too awkward and quiet. It was as if all the awkwardness of the world had gathered together in this place. Five people were sitting around a huge round table, but no one spoke a single word. Everyone was just drinking the drinks in front of them with closed mouths.

‘It is understandable for Dwayne because he is a foreigner, but what about the rest?’

Dwayne was American, and he couldn’t speak the language. So it was fully understandable. However, the rest were Korean. Why were their mouths shut? It didn’t make sense.

“How are all of you? You came too early. By the way, why is it so quiet?” Hyeonu gave a greeting to break the silence.

Only then did people greet Hyeonu.

“Why did you only come now, Oppa?”

Moon Doyeong and Yuri greeted Hyeonu in a warm manner. It was because they were both friends with Hyeonu.

“It has been a while, Hyeonu-ssi.”Lee Hoon extended his hand with an awkward smile and asked for a handshake.

“Your complexion has improved a lot. I’ve been watching your stream enjoyably. Let’s get along well in the future,” Hyeonu said, shaking Lee Hoon’s hand with a bright smile. Then he turned to Sunny and continued, “Sunny-ssi is next? I hope to get along well with you in the future too”

“Yes, yes! I am the same.” Sunny barely managed to receive Hyeonu’s greeting as she fanned her red cheeks with her hand. It wasn’t her normal behavior at all.

“Dwayne, it is an honor to meet you. Welcome to Korea. I’m glad we will be working together in the future.”

“That is what I want to say, Mister Gang. It is an honor to meet and be with you.”

Dwayne and Hyeonu looked at each other and laughed loudly. Hyeonu shared greetings with everyone and controlled the atmosphere. Otherwise, he felt they wouldn’t be able to finish the contract signing today.

‘I have to step forward. Then I can eat and go home.’

“CEO Moon-nim, please give me the contracts that you have prepared. I’ll hand them out myself. Ah! The food will arrive once the contract signing is over. So if you want to eat, sign quickly.”Hyeonu led them humorously like he was streaming.

Moon Doyeong pulled out the pre-arranged contracts and handed them to Hyeonu. Hyeonu was like a teacher in an elementary school as he handed a contract and pen to each person.

“There is also the contract with Nike. Please check them carefully and sign,” Hyeonu said, alternating between English and Korean in consideration of the two foreigners.

The inside of the room was filled with the scratching sound of the pens on paper. After a long period of revising and reading, they confirmed that it was the contract they saw previously and immediately signed it.

“It is good to decide coolly. Let’s talk while eating.” The moment he finished talking, Hyeonu lightly pressed the bell on the side of the huge round table.

The firmly locked door opened smoothly, and the waiters started to enter with Chinese food.

“I’m not paying for it, but please enjoy. Talk to the people next to you. You will be together for 3 to 4 months,” Hyeonu spoke while grabbing his chopsticks.

His eyes were already fixed on the food the employees had put down, and he quickly reached out his chopsticks to a dish of stewed pork that was giving off a delicate aroma. Originally, Hyeonu would never eat meat first in such a place. He would always start off with light vegetables and then meat. Was it Tang-E’s influence? Unknowingly, Hyeonu only touched the meat.

After the quiet meal ended, Hyeonu sent off Moon Doyeong, and only the five players were left. They stared at Hyeonu with wide eyes like young birds staring at their mother bird.

Hyeonu laughed at them and stated, “There is nothing else to say. I just wanted to thank you.”

He picked up a cup on the table and drank water. Then he opened his mouth again, “I know everyone has joined Crescent Moon with a certain goal. Some people are dreaming of becoming pro gamers, and others did it because of my request.”

“I am doing it for a very personal reason. It isn’t for money or honor. That is why I am even sorrier. It is because there is nothing I can do for you. However, I promise you this. Before spring comes, we will be in a position where we’re looking down on everyone,” Hyeonu declared and put down the cup of water with a loud sound.

He stopped talking, and silence once again dominated the room. Just then, Dwayne clapped and opened his mouth to say: “It doesn’t matter at all. Mister Gang gave me hopes and dreams. You even provided an opportunity like this. Why are you apologizing?”

Mason also stood up and added, “Thank you for making my dreams come true. If it hadn’t been for Brother, I would’ve remained an ordinary player. There is no need to worry about this. I am already satisfied enough.”

Lee Hoon, Sunny, and Yuri didn’t say anything, but they nodded like they were thinking the same.

Hyeonu smiled when he saw it.“Thank you. I’ve also made some plans for you. There are around two months until the fall league ends and the winter league starts. I will make it so everyone will have specifications that rankers are envious of.”

This was the beginning of the full-fledged spec-up for the Crescent Moon players.

After separating, they all gathered virtually in Yusma, the capital of the empire, according to Hyeonu’s instructions. When Hyeonu confirmed that all five people had gathered, he took out four pieces of paper from his inventory and handed one to everyone except Mason.

“Brother, why aren’t you giving it to me?” Mason asked. Despite Mason’s complaint, Hyeonu just kept handing out the papers.

He stated, “You don’t need it. You already have it.”

Mason cocked his head at Hyeonu’s words. Something he already had…?

‘Is there such a thing?’

Mason was thinking about it while Hyeonu turned his head to look at the other four.

“This is a scroll to a place called Laek,” Hyeonu said.

The eyes of Mason and the other four widened. The former was astonished while the latter questioned it.

“That’s right, there is that.” Mason praised Hyeonu’s choice. Then he lamented his memory. Why hadn’t he thought about it?

“By the way, it won’t be very good if Sunny goes there…”Mason murmured to himself as he recalled the stages of Laek.

Hyeonu shook his head when he heard it. “You don’t know that. It will be a big help as long as she passes stage 3. Isn’t that enough?”

Mason nodded. Laek was a place that didn’t have any great risks. It just ended if it failed. There was nothing to lose. It was even possible to challenge it again. Of course, challenging it again wouldn't turn a failure into a success. The other four listened to the conversation and blinked with eyes full of confusion.

“What is it? Why can’t I do it?” Sunny shouted at Mason with a slightly reddened face.

“That…” Mason couldn’t say the truth. It would be too shocking for Sunny.

“You will know when you go there. In any case, Laek is a place where you can upgrade your specs according to your abilities. It is the first step in the spec-up.”