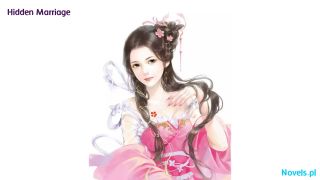 «A Record of a Mortal’s Journey to Immortality (Web Novel) - Chapter 2239: Battle Against the Stemborer Queen (3)

Chapter 2239: Battle Against the Stemborer Queen (3)

"What a powerful physical body; I wonder how it compares with Stem Two." A hint of surprise crept into the unsettling voice upon seeing this.

Han Li cast his gaze downward to discover that a completely translucent beetle-like insect that looked as if it were conjured up from liquid had appeared on the surface of the water down below.

The insect was over 100 feet in length and had eyes of different sizes all over its body, presenting a very chilling sight to behold.

The unsettling voice was coming from none other than that insect, and arcs of grey baleful lightning were flashing between its pair of remarkably long feelers.

Han Li looked down at the insect and the baleful lightning with a wary expression, then suddenly cast his gaze toward Bao Hua.

At this moment, Bao Hua was making a string of hand seals, and the massive Earth Emperor Nail was clashing with the giant claw up above at her behest.

The gigantic claw was extremely fearsome, but its owner remained hidden within the dark clouds overhead.

Even with just a single claw alone, it had gained a slight upper hand over the Profound Heavenly Treasure that was the Earth Emperor Nail.

Looking at the giant claw, Han Li couldn't help but recall the shattered weapons he had seen at the entrance of the hall where the formation core was situated.

Aside from the massive size difference, the claw was completely concurrent with the claw mark that had been inflicted on the piece of High Zenith Platinum, so its owner was most likely the one that had killed all of the guards.

The Earth Emperor Nail was sweeping up fierce gusts of wind as it surged through the air, while the giant claw was creating white spatial rifts with every single swipe, and the two were in a complete deadlock.

However, judging from Bao Hua's slightly pale complexion, it was clear that she was exerting herself by continuously using the Earth Emperor Nail, and that she wouldn't be able to keep this up for much longer.

Daoist Xie emerged behind Han Li amid a flash of silver lightning, and said, "Alright, leave it to me. This insect's spiritual sense secret technique and baleful lightning are both quite powerful, but they won't be very effective against me."

He had been instructed by Han Li to conceal himself into space as soon as the battle had begun, and only now did he re-emerge at Han Li's behest.

In the instant that Daoist Xie appeared, he quickly transformed into a gargantuan golden crab that was thousands of acres in size.

The colossal crab raised its pair of massive pincers, and countless balls of lightning quickly materialized before crashing down toward the transparent insect.

Not only were all of these balls of lightning astonishingly massive, there were also countless silver runes flashing within them.

The translucent insect seemed to have been enraged by the attack, and it let loose a sharp screech before releasing countless arcs of grey lightning with its feelers, to clash with the balls of lightning.

The two types of lightning exploded with ferocious power, illuminating the entire sky grey and silver.

Despite the golden crab's enormous frame, it was able to rapidly traverse over the air while relentlessly releasing balls of lightning, but it made sure not to come into contact with its opponent.

The translucent insect was flashing through the air in a wraith-like manner, and as it did so, it was also constantly releasing bolts of grey lightning to shatter the balls of silver lightning.

As for the spiritual sense secret technique that it was most adept in, that was completely ineffective against a puppet.

On the other side, Han Li had released his green longsword and Provenance True Devil Projection again, unleashing a string of mountainous sword projections toward the giant claw.

Bao Hua was greatly reinvigorated by Han Li's assistance, and a tiny pink humanoid figure holding a giant pink flower suddenly emerged from the top of her head.

The miniature humanoid figure opened its mouth to release a pink halo of light, which swelled drastically in size before rising up toward the dark clouds overhead.

The owner of the giant claw had been hidden in those clouds this entire time, and with Han Li's assistance, Bao Hua was finally able to directly attack the being within the clouds.

Within a bottomless abyss in the water down below, the elderly man and black-robed woman were staring blankly down at an object with astonishment in their eyes.

The object was lying at the deepest part of the abyss, and it was a gargantuan set of insect remains that was as pristine white as jade and over 10,000 feet in length.

The carcass was completely still, but it was giving off a terrifying aura and a layer of grey light.

This aura was extremely similar to the one released by the little girl, but it was somewhat different in minute ways.

"Is that the body of the Stemborer Queen?" the black-robed woman asked in a hesitant manner.

"That should be it. Aside from the Stemborer Queen, I can't think of any creature whose remains would give off such a fearsome aura; even the body we destroyed earlier can't compare with it," the elderly man replied.

"Judging from the appearance of this carcass, the Stemborer Queen's body must've already perished long ago, so what was that thing we just encountered? Could it be that it's already become a true immortal, and its soul can live for all of eternity even without a vessel?" the black-robed woman speculated.

"I'm not sure about that, but in any case, our mission is complete, and this is definitely a good thing for us. As for why its soul is still able to thrive, that most likely has something to do with this carcass," the elderly man replied with a wry smile.

"Now that you mention it, that's certainly quite possible. I've heard that there are some ancient secret techniques that can allow one to focus all of their essence in a part of their body; if the Stemborer Queen had used such a secret technique before it had perished, then its soul should be able to live on for some time. In that case, let's destroy this carcass," the black-robed woman said as a hint of killing intent surfaced in her eyes.

As soon as her voice trailed off, she made a grabbing motion, and the same inky-black spear from before appeared in her grasp.

A thought suddenly occurred to the elderly man, and he hurriedly tried to stop her, but it was already too late.

The black spear came crashing down onto the massive carcass as a bolt of black lightning, striking the head of the carcass and sending countless thin arcs of lightning erupting in all directions.

However, after the black lightning faded, the head of the carcass was revealed to be completely unscathed.

"Impossible! This spear of mine isn't a Profound Heavenly Treasure, but no top-grade treasure can even begin to compare with its power," the black-robed woman exclaimed in an astonished manner.

Right at this moment, scintillating light erupted from the carcass, and countless golden and silver runes surged forth before revolving around it.

"There's something wrong with these remains!" the elderly man yelled as his expression changed drastically, and he immediately hurled his Myriad Beast Badge through the air, which transformed into a shimmering jade gate.

He then quickly made a hand seal, and countless beastly projections rushed out of the jade gate in a frenzy.

The black-robed woman was also very alarmed as she raised both hands up into the air, summoning a black nine-headed snake projection with purplish-black forked tongues.

The projection opened its nine mouths to send a vast expanse of purple devilish flames surging toward the carcass.

The purple flames gave off a rank odor, and the surrounding space instantly took on a black tinge, as if it had been contaminated by the flames.

After failing to destroy the carcass with her spear, the black-robed woman had immediately unleashed another one of her trump cards, which was her Infernal Contaminant Flames.

These flames were refined from 81 types of extremely poisonous Qi from several realms, and if a person were to catch a whiff of it even from hundreds of kilometers away, they would immediately perish.

As for living beings that came into contact with these flames, not only would their bodies disintegrate into dirty liquid, even their souls would be contaminated, making it impossible for them to reincarnate.

These flames had always been the black-robed woman's most powerful trump card, but unfortunately, it was a limited resource, so the more she used, the less she would have left. As such, she only unleashed this trump card when it was absolutely necessary to do so.

The sea of purple flames and countless beast projections instantly inundated the carcass in its entirety, but the carcass suddenly stirred as it began to cackle in an unsettling manner, and it suddenly moved its two arms as it released a burst of invisible power.

All of the devilish flames and beast projections were kept at bay several tens of feet away from the carcass as if they had struck an impenetrable wall.

The beast projections self-detonated one after another while the devilish flames raged in a frenzy, but they were all firmly kept out.

Meanwhile, the carcass continued to cackle as it rose to its feet in a wobbly manner.