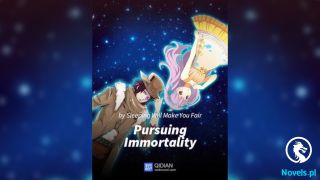 Elizabeth lowered her head, not daring to move.

She suddenly thought of something and tremblingly protested, “Your Highness, I am a high-ranking Blood Kin noble.”

She was a countess, serving the most noble Blood Kin prince.

She could bow her head to the prince, but if it were a human, her reputation would hit rock bottom, completely depriving her of her dignity.

In the future, she would be unable to keep a foothold in the nobility.

He was cruel and disdainful.

A count-level Blood Kin was completely crushed until not even dregs remained.

Elizabeth suddenly felt a powerful level of suppression, and a terrible premonition rose in her heart.

He wanted to kill her.

Elizabeth immediately threw aside her self-esteem and reached out to clasp Bai Weiwei’s ankle.

Then she bowed her head to lick her feet.

Finally found a female supporting character, but why was she so miserable.

She couldn’t help but shed tears of sympathy for this Elizabeth.

Just as Elizabeth’s kiss was about to land on the back of Bai Weiwei’s foot.

A soft palm pressed against her cold lips.

When she finished, she seemed to think it wasn’t enough and added, “How can a girl kiss someone else’s feet?”

Elizabeth lowered her head. She was trembling all over, even feeling somewhat bewildered.

Due to Prince Arthur’s suppression, she didn’t dare to bat away Bai Weiwei’s hand.

Suddenly, he leaned in close to her ear. His chilly breath, as he expected, caused his little prey to tremble.

Then his hand clasped around her waist, pulling her back as she restlessly tried to escape.

“Do you know what she did?”

The prince, full of malicious thoughts, deliberately rubbed his ice-cold lips against her warm, delicate ears.

Bai Weiwei trembled, pursing her lips. Her face was somewhat pale, making it clear to see that she was strongly resistant to his approach.

But the thick-skinned prince didn’t feel in the least bit unwelcomed.

His flat, impassive voice unexpectedly picked up a trace of soft enticement.

“How pitiful you were. When you were under me, you were in so much pain you cried. But you couldn’t escape even once and could only be pushed down by me…”

But Arthur felt that this appearance of hers was so much cuter than her sitting there lifelessly.

He grew even more spirited. “Isn’t this the first time? The first time you’ve suffered such cruel treatment?”

Bai Weiwei panted, speaking through gritted teeth. “Madman, beast, that’s what you did to me…”

But Arthur shook his head. “I lost my reason. Everyone knows that when I am sleeping, no living creatures around me can live. So I wasn’t aware of what I did.”

He explained so innocently.

Bai Weiwei was stunned for a moment, as though she hadn’t expected him to say that.

Arthur grasped her fingers, then pointed at Elizabeth, who was kneeling with her head lowered.

He exposed a malicious smile in a place where she couldn’t see.

“It’s this woman who placed you next to me while I lost my sanity, making you suffer through all this.”

As he spoke these words, he watched as she predictably directed her furious gaze at Elizabeth.

Arthur was like the serpent upon the apple tree, his voice low and magnetic. “Want to kill her? I’ll vent your anger for you. She’s afraid of fire. A little fire can burn her to ashes.”