Support
Random Novel
The Probability I Can Kill... 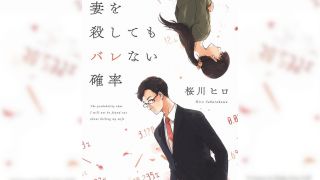 Ou Haoxuan sneered. Not only was he taken hostage by a woman, but it was also someone he had despised and insulted, someone he had considered a plaything.

Ou Haoxuan felt a numb, burning pain on his face. Presumably, the wound was inflamed. After all, such a dirty branch had cut his face. Furthermore, the person who held it was even a person who picked things up from the garbage every day.

How dirty were those hands?

With his back pressed to her body, Ou Haoxuan felt like he was surrounded by sh*t. It was disgusting as hell.

His first order of business after getting free would be to bathe and disinfect himself.

Ning Shu intended to first take Yi Xiaodong and leave. If she stayed, her only fate would be death.

Yet before they had gone far, they heard the sound of police sirens. Ning Shu’s expression changed. She tightened her grip around Ou Haoxuan’s neck and held the branch to it.

Ou Haoxuan coughed as he struggled to free himself.

The police cars stopped in front of the school. Then, the police teams got out of the cars and surrounded her. Several snipers immediately looked for the best position to shoot Ning Shu from.

“See? As I said, the consequences aren’t something you can take.” Min Haochu shrugged and spread his hands. “The snipers here are some of the most elite. Each one is a marksman.”

“Big Sis, I’m scared!” Yi Xiaodong cried out in fear as he tightened his grasp on Ning Shu’s coat.

Ning Shu comforted Yi Xiaodong, “Xiaodong, don’t be afraid. Big Sis will always be by your side.”

Ning Shu looked around. Seeing all the pitch-black guns pointed at them, she felt like the enemy of the entire world. No wonder… No wonder Yi Xiaotong had no choice but to submit to the bullies. No wonder she didn’t dare to resist at all.

The people studying in this school were pretty much a gathering of almost all the resources of the entire country and society. If the rich lost a dog, there would be complete chaos, and finding it would be a top priority. Yet there wouldn’t be as large of a ripple no matter how many ordinary people died.

Damn. Ning Shu stared at the guns pointing at them. She was probably going to have to give up on this task. However, before she got killed, she had to drag someone else down to use as a cushion.

Then let’s use Ou Haoxuan.

Since she was going to die either way.

Ning Shu tightened her grip on the branch and stabbed Ou Haoxuan’s neck with it. Ou Haoxuan let out a muffled grunt of pain.

“How dare you!” Ou Haoxuan was furious.

Min Haochu stared closely at Ning Shu. He felt that this woman was a little off, like she no longer cared about anything.

“Let go of him,” Min Haochu said towards Ning Shu. “Or else, you won’t be able to bear the consequences.”

“Are you fucking retarded? I’m supposed to let go just because you said so? If I let go, won’t I die? Even if I have to die, I’ll bring this person down to die with me. I won’t be able to survive anyways.” Ning Shu rolled her eyes.

Min Haochu and Mu Yeyao looked at each other. Both felt that this woman was crazy.

It was hard to imagine that Yi Xiaotong would dare to do such a thing.

In the past, she would have already been scared to the point she was trembling after seeing so many people.

“Worthless thing, getting threatened by such a lowly person,” Ou Haoxuan’s father said with an unusually cold face. He turned to look towards the principal and said indifferently, “Principal Li, it seems like your management of the school is a bit lax. How can students like this be present in this school?”