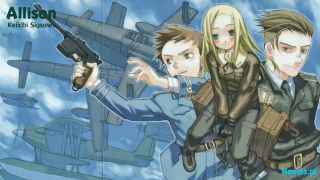 «Quick Transmigration Cannon Fodder’s Record of Counterattacks (Web Novel) - Chapter 1500: I Want to Sleep With You

Xie Yiyuan said righteously, “I want to sleep with you.”

Ning Shu gave Xie Yiyuan a big slap. “Talk properly. What are you trying to pull?”

Xie Yiyuan was completely taken aback. He covered his face and said, “I only want to share a room with you. I’m afraid of that Phantom King coming for me. What are you hitting me for?”

The company’s employee data had Song Ruoxi’s residential address. She lived in a small apartment that was quite modest.

The apartment walls were covered with ivy, but at the moment, the apartment was dark. The wind howled eerily, and it felt like the gathering of ten thousand ghosts in a mass grave.

Ning Shu hid a short distance away, took out the cow tears, and wiped them on her eyelids. She then pasted a talisman on her body before checking out the apartment.

Many fierce spirits were going into the room through the window, but no one returned.

It was the first time Ning Shu had seen so many ghosts. There were all kinds, including males, females, and evil babies.

All sorts of weird sounds mingled together, from a song with a tune that dragged on uncomfortably long, to a child’s cry, to the sound of a clapper beating rhythmically.

The magnetic field in this area was a mess.

So many ghosts gathered together, all for the Phantom King Core.

If the Phantom King Core were in Feng Yin’s body, these ghosts would not dare to even breathe. But now that it was with a weakling, they would be stupid not to grab it.

Ning Shu looked anxious. These ghosts were merely offering themselves as food. The halo of the main character must not be underestimated.

Ning Shu frowned. What exactly would it take to deal with Feng Yin? If she had enough power, needless to say, she would just go up and beat Feng Yin without batting an eye.

Probably because of Feng Yin’s strength, many ghosts didn’t dare to rush in. Instead, they quietly hovered around the apartment.

It made the apartment’s surroundings eerie and haunted. The street lights flickered, sometimes bright, sometimes dark, and there were strange noises.

If anyone passed by here, they’d definitely develop a severe illness. The Yin energy was too much.

Feng Yin was suspended in mid-air, his brows slightly furrowed. He stared at Song Ruoxi through the window, who was lying on the bed inside the house.

Song Ruoxi was lying unconscious on the bed. He had only left for a short while before these ghosts came to the door and rushed into Song Ruoxi’s body to snatch the Phantom King Core, causing her to suffer a huge trauma.

Feng Yin’s eyes were crimson as he swept the surrounding ghosts with a murderous and baleful aura. He said coldly, “Go back to where you came from. If you dare harass my woman again, just wait to be burned by the Ninth Abyssal Flame until your soul is annihilated.”

Hearing Feng Yin’s words, the lurking ghosts stirred a bit. Some weaker ghosts hesitated and drifted away, but most of them didn’t move.

Apparently, they were still obsessed with the Phantom King Core.

Feng Yin, who was suspended in mid-air, saw this and snorted coldly. His hair fluttered as his red clothes moved. He slowly raised his hand, and a full-bodied dark orchid flame materialized.

The next instant, the surrounding temperature dropped drastically, and Ning Shu felt like her soul was freezing.

According to rumors, the underworld punished disobedient souls with this flame. They roasted them on top of the Ninth Abyssal Flame, making one feel like their soul was freezing and cracking into a million pieces. Week after week, the cycle repeated until the soul was obliterated.

The more powerful the soul, the more painful it was. After all, a powerful soul that wasn’t so easily obliterated had no choice but to suffer endless pain.