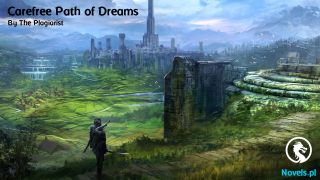 «Provocative Fiery Wife: My Superior is a Affectionate Spitfire (Web Novel) - Chapter 1975: I Have Already Investigated It

Chapter 1975: I Have Already Investigated It

Ji Miao’s younger sister was in the countryside. Due to her poor family background, she could not receive the best treatment, which was why she was easily bought over by her trusted aide.

This was because Ji Miao had already collected all the data in the past few days. She was only willing to give the data to her trusted aide when there was a suitable opportunity. Moreover, Ji Miao had held back and only gave half of the data.

“Then since she’s useless, let’s get rid of her.”

“Madam, she has another set of data because she only gave us the first half of it.”

The close aide said hesitantly. Seeing how Old lady Qu was enjoying crushing the petals, he could not help but be afraid that he would end up like Ji Miao.

Old lady Qu sat up and the flower petals and leaves in her hands were kneaded until they were shapeless. Old lady Qu was in a towering rage and even her close aide who was standing not far away could feel the immense pressure and darkness of fear from her sitting under the sun.

“Yes, Madam. That’s why I’m thinking of asking her a few more times in prison. I don’t believe that she’s unwilling to say it. Even if it’s not for her sister, she should think about herself. As long as she still wants to come out of prison, I can get her to tell me where the other half is.”

The close aide made a hypothesis, but because he had been in contact with Ji Miao, he felt that Ji Miao would not do this. If Ji Miao wanted to come out, or if she wanted to return to her sister’s side, she would have negotiated with him a long time ago. There would not be no news of her until now.

“What if she doesn’t want to come out? What can you do?”

The close aide sealed his mouth. After killing for so many years, he had already seen through these people who had chosen their own masters for various reasons. Thus, he would not care too much about another person like Ji Miao.

However, the close aide was wrong. When he stood in the prison and saw Ji Miao again, his once watery eyes were now filled with terror. For a moment, his heart ached for this girl who had no family and was working hard in this city for the sake of her sister’s illness.

Seeing that Ji Miao was unwilling to tell him the other half of the data, the close aide’s eyes turned red from anxiety.

Seeing that there was no one around, he pulled the metal rod and said, “If you continue to hold on like this, you will die. Old lady Qu will not let you off!”

Realizing that he had let his tongue slip, the close aide quickly shut his mouth. Seeing that Ji Miao was still distracted, he chose to give up. Without a desire to live, no matter how anxious and hard the people around her were, they might not be able to pull her back.

Qu Xiujie, who had finally settled everything with Ji Ziming, was currently being escorted by Ji Ziming’s best bodyguards to a villa halfway up the mountain.

Although it was halfway up the mountain, the conditions were good and the internet was good. It was even a hundred times more exquisite than Ji Ziming’s Ji family mansion. It was specially built for the habit of drinking red wine.

When he was with Pei Ge, Ji Ziming rarely went there because there was no need for him to drink. With just a phone call, he could get the servants to bring a bottle of alcohol to the company or the villa.

“Ziming, do you trust Qu Xiujie?”

Pei Ge asked softly when she saw Qu Xiujie get into the bodyguards’ car.

Although she saw the calmness and confidence in Ji Ziming’s eyes during the peaceful negotiation earlier, she also knew that he was betting on whether his reputation was enough for Qu Xiujie to say something.

“Do you think I believe you now?”

Ji Ziming, who was standing at the company’s entrance, smiled at Pei Ge. He hugged her and gently planted a kiss on her forehead. His voice was gentle and his earlier coldness was completely gone.

Pei Ge nodded. The truth was right in front of her. Even if she did not believe it, she knew that Ji Ziming would still give her an excellent answer. Moreover, Ji Ziming had never lost before.

“Answer me. Do you think I believe Qu Xiujie?”

As Ji Ziming drove, he thought about spending the night with Pei Ge at home and could not help but smile. However, the moment he thought of Qu Xiujie’s attitude toward Pei Ge, the air around him turned cold.

She felt lost, as though Ji Ziming did not know that she still had the ability to sense temperature like an air-conditioner.

“You already know my answer.”

Pei Ge chuckled. When she stopped asking if Ji Ziming believed Qu Xiujie, she already had her answer.

It was precisely because she believed in Ji Ziming and Ji Ziming believed in Qu Xiujie. Otherwise, she would not protect him like this.

“What do you think his information is worth?”

Ji Ziming looked at Pei Ge with his deep eyes as he gently placed his hands on the steering wheel.

“You’re protecting him like that. It should be more useful than any information you have.”

She made a bold guess.

“No, I’ve already found out what he told me.”

The moment he said that, she blinked at him, unwilling to believe that this man before her had such a good mentality.

She did not understand why. This was never Ji Ziming’s style.

“Old lady Qu might have found out about him looking for me. If he doesn’t have my protection, he would be gone by now. I, Ji Ziming, have quite some enemies and Old lady Qu is one of them. The foe of your foe is your friend because we have the same goal. Even if Qu Xiujie looked for me for my power, I’ll just meet his ruse with another. He merely wants these and I can afford them.”

Pei Ge nodded her head. As she drove and explained the rules of the workplace to her, her eyes were already filled with love as she kept blinking at Ji Ziming.