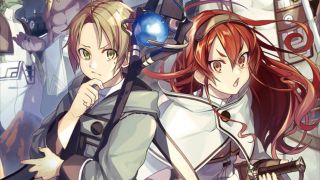 Liu Buyan’s brows furrowed as he entered into deep thoughts.

Although this was within his expectations, but when he really heard that Li Moying was so seriously injured, it still made his heart sink slightly.

Whereas those who were feeling melancholic, other than him, there was another person.

Huang Yueli stood at the blind spot outside the window by the door and eavesdropped on this conversation. Although it was intermittent, but she could still tell that someone was injured, and the injury was extremely serious and they sought Li Buyan’s treatment.

The dizziness symptoms had not taken a turn for the better and moreover following that, a sharp piercing pain arose in her inner heart.

Her heart wound around tightly, causing her to be in so much pain that she subconsciously shrank and her feet softened as she accidentally upset a big flower pot at the corner of the wall.

With a loud “Pong”, the flower pot rolled onto the ground, shattering into smithereens.

The two men who were conversing in the room revealed a shocked expression, apparently not expecting that anyone would eavesdrop.

Liu Buyan’s handsome face sunk and immediately cried out gloomily, “Who’s that outside eavesdropping? Get in right now!”

He had always been speaking softly in front of Huang Yueli and this was the first time when Huang Yueli heard a severe voice like him, as she couldn’t help but had a great shock. But after hesitating for a moment, she took the initiative and pushed the door open.

When Liu Buyan saw that it was her, he went into a slight stun, “Ruoli? Haven’t you gone to the garden for a tour? Why did you suddenly……”

Huang Yueli was slightly embarrassed, “I’m so sorry, I… I didn’t intentionally eavesdrop on you. It’s just that your door wasn’t shut properly and I happened to pass by… Ughh, you guys continue chatting, continue chatting, I’ll make a move first……”

She turned around and wanted to leave. However she suddenly moved and her brain started to become giddy again, causing her to stagger and almost fell down.

Liu Buyan immediately moved towards her and in an instant, he carried her up horizontally.

“No… no need, aren’t you still busy?” Huang Yueli felt uneasy whenever she was too close to him and she started to struggle.

Liu Buyan pursed his lips and didn’t say a single word but his firm arms locked her in his arms as he speedily left the study room, putting her down on the bed in her bedroom.

“Your look is rather unwell, have you been resting properly for the past few days? The injury on your head hasn’t healed totally and if I don’t keep an eye on you, you’d just run out every single day?” Liu Buyan warned her solemnly.

Actually she found it very strange because Liu Buyan kept mentioning that she had injured her head but when she looked at her own reflection in the mirror, she totally couldn’t see any scar at all. Wasn’t it something which had happened only recently? She had such a bad fall that she even got amnesia so such a serious injury, how did she get well so quickly?

Liu Buyan looked at her sitting obediently and his heart was still strung on the topic which he had been conversing with the attendant so after he instructed her to rest properly, he was about to leave.

Huang Yueli suddenly stretched out her slender hand tugging his sleeve, “Brother… Liu, what were you talking about in the study room earlier?”

“Nothing, it’s only someone who wants to look for me to do a consultation.”

These few days, there had been too many patients who went through various channels to seek Liu Buyan for consultation so he thought that if he explained in this way, Huang Yueli would not question him anymore.

But this time round, he guessed wrongly.

Huang Yueli tugged at his sleeve tightly as she persisted in her interrogation, “Who’s looking for you to do a consultation? Do I know him?”

Liu Buyan’s heart jumped violently as he gave a hoarse reply, “You don’t know him.”