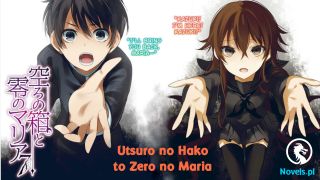 Huang Yueli frowned and tried her best to recall the matters related to Li Moying and Blue Profound Sect.

However, she had been drinking too much medicine recently and that was the Number One Divine Doctor’s exclusive prescription so the medicinal effects were absolutely not something which she could offset just based on pure determination.

So she only felt even more dizzy and if it wasn’t for the fact that she had used her hand to prop herself against the wall in time, she might have just fallen onto the ground.

Whereas the memories in her mind were still blurry and fuzzy.

As though an imposing lofty man’s figure appeared in front of her eyes, but yet seemed to be hidden in the fog, totally unclear to her vision.

The more she tried to take a clear look, the giddier she got.

In the room, Liu Buyan who was dressed in a long white robe was inclined against the chair in the middle with a hand propping his lower jaw, looking afar in a daze, not knowing what he had in his mind.

“… Blue Profound Sect actually put up a notice? What kind of notice?”

The attendant bowed and answered respectfully, “It’s a public announcement to everyone in Sky Emperor City to supply information on your whereabouts and if anyone manages to invite you over to Blur Profound Sect or provides accurate information about you, then they will be able to obtain Blue Profound Sect’s reward.”

“Oh?” Liu Buyan’s brows rose as he was slightly surprised, “This is rather strange. Blue Profound Sect is actually openly gathering information about my whereabouts? Hasn’t their Sovereign recently come out from his closed door? Searching for me with such great fanfare, aren’t they afraid that others would suspect… that something had happened to their Sovereign?”

Liu Buyan originally was certain that he wouldn’t be found by Li Moying if he hid here, because he knew that there was no way that Li Moying could search for him publicly.

In the end, he had not expected that Li Moying actually pressed his luck!

The attendant replied, “Blue Profound Sect’s notice didn’t mention the reason on why they were looking for you. This Subordinate heard the news in the streets, that blue Profound Sect Sovereign Mu’s disciple Li Moying was heavily injured by someone so they needed you to save his life…”

Liu Buyan was suddenly enlightened, “This move is rather brilliant…”

It was true that Li Moying had suffered a serious injury and there was no need to worry that he would be exposed. Moreover it also locked the status of future Sovereign’s successor on him, which became a wonderful excuse to seek Liu Buyan for treatment.

Anyway, no one else knew that Li Moying was Mu Chengying and when they saw his seriously injured look, they naturally would not link it to the great Sovereign at all.

Liu Buyan guessed the fishiness in this and his complexion looked slightly ugly, “then did anyone tell Blue Profound Sect about my whereabouts?”

The attendant replied, “Up until now, they don’t seem to have gotten any news about you yet.”

Liu Buyan heaved a sigh of relief. When he left with Huang Yueli, he was extremely cautious so he shouldn’t have been on watch by anyone but the Alchemist Guild Headquarters’ Pill Masters all know that he’s here. There was no guarantee that someone might hunger for the Number One Sacred Land’s reward and betray him.

After the attendant finished reporting, he thought that his mission was already completed as he bowed his body down as respect and prepared to leave.

Liu Buyan suddenly opened his mouth, “Then… have you heard about anyone mentioning Li Moying’s injuries… how was it?”

The attendant went into a blank and pondered over it for a moment before replying, “This Subordinate didn’t witness it with my own eyes but I heard some rumours… saying Li Moying was injured by a ninth stage realm peak practitioner and is on the verge of death. He is already unable to get off the bed and Blue Profound Sect had been inviting many eighth ranked doctors to do consultations for him one after another, and they all said that he would not live past these few days.”