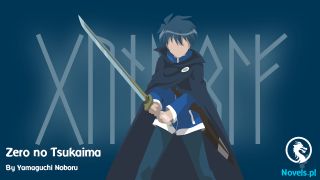 When Vice Sect Master Yue heard that, he gave a cold laugh.

“I also know that Blue Profound Sect has extraordinary ability and the Four Great Guardians are all strong exponents in the Sky Chart. Other than that, there are several Elders who are in ninth stage realm peak and there are even some Grand Elders who are living in seclusion. Just based on the two of us, of course we naturally wouldn’t dare to challenge the might of the Number One Sacred Land.”

Cang Po Jun’s gaze congealed as he cried out sharply, “Since you know these, still not going to scram!”

Vice Sect Master Yue suddenly laughed out loudly, “Guardian Jun, you’ve misunderstood our intentions! Of course just me and Elder Pan alone do not have enough qualification so we’re not here alone. It’s just that we walked much faster so we couldn’t help but came over to visit Guardian Jun first!”

Cang Po Jun knew that something fishy was going on as his forehead creased tightly.

Before Vice Sect Master Yue could speak out, an attendant came running in while falling from outside the hall.

His face had evident injuries, as though he had been beaten up. The minute he entered the door, he knelt onto the ground.

“Guar… Guardian Jun, things are not wise! The door… Many people came to our door, from various large powerhouses and they… they, they all… all said they’re here to ask you, to hand over Young Master Li…”

“What?” Cang Po Jun’s eyes widened in shock, “Who else came over?”

The more Cang Po Jun heard, the deeper his heart sunk as the grave look on his face could not be concealed any longer.

The other six clans from the Seven Sacred Lands… Had actually all arrived!

Moreover, every clan sent out their top rated top exponent who were in ninth stage realm peak!

No wonder they had no fear and assumed that they were definitely able to force Li Moying out, to probe Mu Chengying’s actual situation.

So many clans had arrived at the same time, even if Blue Profound Sect gathered all their ninth stage realm peak practitioners to meet the enemies head-on, they might barely be able to win all of them.

But it was not possible for them to start a battle with the six Sacred Lands at the same time!

Otherwise even if they managed to defeat them, it would definitely draw out an even bigger trouble, moreover it might expose the truth related to Mu Chengying’s inability to leave the closed door cultivation!

In this way, the Six Sacred Lands would act without restraining fear and dispatch their troops in full force and by then, it would really be Blue Profound Sect’s greatest catastrophe.

So this time, Blue Profound Sect was really in a place where they could not advance nor retreat.

Cang Po Jun’s mind was in a turmoil and he had not yet come out with a plan, but those various large powerhouses top exponents who were at the door could not wait as they walked in by themselves.

“Guardian Jun, we really haven’t met for a long time! Your cultivation seemed to have advanced yet again!”

“Levitation Sword Palace is really the same as a decade plus ago, it didn’t change much since the time Sovereign Mu went into closed door cultivation.”

“Guardian Jun, how have you been?”

The few top exponents walked in as they all exchanged humble greetings with Cang Po Jun, with a polite and modest attitude.

But Cang Po Jun’s back was already soaked with cold sweat completely.

He was very sure that they were being modest because they weren’t afraid of him or afraid of the Blue Profound Sect, but…… rather they were secured in the knowledge that they had a strong backing!

Exactly because they had the confidence, hence they resorted to using this kind of peaceful measures before using force. Actually in these peoples’ hearts, they had already confirmed that Mu Chengying had already died in a disaster!

Of course Mu Chengying was not dead, but had successfully reincarnated.

But his current ability as compared to that year then was really too big of a difference. Even Cang Po Jun himself was much stronger than the current Li Moying.