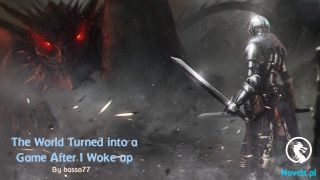 «Prodigiously Amazing Weaponsmith (Web Novel) - Chapter 3011 Who Do You Think You Are? (1)

Saying that, he turned and walked towards the warzone.

The guards hurriedly responded without any hesitation and followed after Li Moying.

The human soldiers were left far behind.

They didn’t even dare to breathe loudly. Only after Li Moying and the other’s figures had disappeared in front of them did they heave a sigh of relief.

There were a number of them who directly slumped on the ground. Li Moying’s extremely powerful Profound Energy suppression earlier had caused a huge impact on their soul traces.

“This pestilence god has finally left! He’s… he’s too terrifying! He looks like he’s only in his early twenties, how could he be so strong!”

“How do you know that he’s really that young? Having such ability in his early twenties? Even if he is a part of the ancient god clans, he shouldn’t have such ridiculous innate talent! I think he must be an old monster who possesses the secret of looking young.”

“That’s logical. I wonder what’s the relationship between those practitioners who had been attacked by the demon tribe and this old monster? He’s so anxious! It’s just our bad luck for us to fall into his clutches!”

“Who knows? I only know that this fellow wants to head into the warzone to look for them, and he will definitely run into bad luck! The Divine Lieutenant who is holding the fort at the base is Jing Shaoyuan from the White Tiger Clan! Lieutenant Jing is very strict in military management and has a fiery temper. This fellow wants to barge into Lieutenant Jing’s stronghold, he would definitely be punished by martial law. Perhaps, he might even be executed!”

The human soldiers all became happy when they thought of this.

“That’s right, it’s Lieutenant Jing’s stronghold up ahead! That fellow’s ability might be strong, but who can match up to Lieutenant Jing? Lieutenant Jing is one of the top genius practitioners among the younger generations in the ancient god clans!”

“This arrogant and conceited fellow should be taught a lesson! Let’s just wait to see him fall into bad luck!”

At this moment, Li Moying and the others had already entered the warzone.

A large campsite appeared in front of them, and human and god clan soldiers were patrolling the area.

Li Moying took a look from afar and instructed everyone to go round the campsite.

They were merely entering the warzone to save Huang Yueli.

He believed that the Divine Lieutenant here would not be willing to lend a hand to save her. Since that was so, he need not waste time coming into contact with them. In this way, they would also skip out on causing unnecessary problems.

Li Moying’s plan might be good, but the defense line around this place was much longer than what they had imagined.

They went around for a very long time but were still without the boundary where soldiers were patrolling the area. “Forget it, let’s secretly sneak in.” Seeing that they might go further away from the place where Huang Yueli fell if they were to proceed to go on a roundabout, Li Moying gradually lost his patience.

Li Moying and his guards had relatively good cultivations and if they were careful enough, it wasn’t difficult to go round the allied armies’ defense line.

The few of them spotted a gap and took the opportunity to run through the campsite while the patrolling soldiers were not paying attention.

Their movements were very swift and light-footed, totally not attracting any soldiers’ attention at all.

However, just as they were prepared to proceed with penetrating the warzone, a stern explosive voice suddenly boomed from their backs.

“Stop right there! Who’s that! What are you trying to do so sneakily? Are you spies from the demon tribe??”

Following that voice, a burst of explosive metal attributed Profound Energy spiraled towards the group!