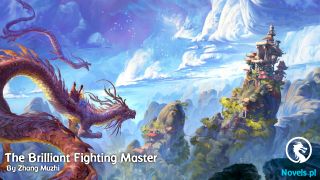 Chapter 3010 Have Never Succeeded Before (6)

Li Moying’s brows rose. “Why? No one’s willing to go?”

The soldier who objected merely said one word and immediately shivered with he met with Li Moying’s murderous cold gaze!

This Cloudy Qilin Clan’s young practitioner was simply… too terrifying!

He was still so young and had no military rank, but the aura and suppression coming from him were not much different from the allied armies’ Divine General.

“Looks like no one else has any objections… Then hurry on and go search for survivors?!”

Li Moying commanded and no one dared to object. They could only comply with his command and head towards the wilderness in the outskirts. Li Tian Li split up the soldiers into several small groups and delegated a guard to oversee each group. He also allocated different directions for them to search.

After the soldiers went their separate ways, Li Moying could no longer suppress his anxiety. He disappeared with a flash and personally walked into the wilderness to search for her.

The topography around this area was rather complicated, and there were various uneven hills. There was a dense forest in the surroundings and the trees’ leaves covered the skies, which made the bright day look extremely dark and dim in the daytime. During the nighttime, one could not even see their own hands when it was outstretched.

Li Moying summoned several balls of fire encircling himself and started to search the area.

His speed was extremely swift, and he already covered all the zone around the forest.

But he wasn’t able to find any traces of Huang Yueli even when dawn started to break.

The guards led the human soldiers back and all of them drooped with despair, not daring to say a single word.

Li Moying understood what happened when he saw their expressions. “Didn’t manage to find anyone?”

“Are you certain that you have checked carefully? How could there be no clues at all?” Li Moying asked, frowning. Li Tian Yi hesitated and carefully explained, “This Subordinate questioned these soldiers earlier. It was rumored that the teleportation light sphere dropped from a very high position and Young Miss Huang might have fallen a distance away from here. She might also have been pursued by the demon tribe so there is a 99% chance that she might be forced to run towards the warzone or the area where the demon tribe is administering…”

While Li Tian Yi was searching, he heard the human soldiers’ explanation and more or less understood the reason for them to not go save the survivors.

The possibility of those practitioners surviving, who had been attacked and fell, was already very low. Moreover, they might have escaped to the warzone. No one would make their subordinates take such a big risk to go to the frontlines to search and rescue. This deal was just not viable.

However, to Li Moying, this was not a good enough reason.

His vision instantly shot towards the South.

As a god grade genius who had been fully nurtured by the Cloudy Qilin Clan, he naturally understood how dangerous it was on the battlefield between them and the demon tribe.

It was exactly because of this which instantly made his entire body’s blood freeze when he heard of this news!

His Li’er, she actually fell in such a place!

Although Huang Yueli was also a god grade genius, the number of years that she had cultivated was still very little. If she met with top experts from the demon tribe, she would probably not be their match. What was worse was that her innate talent was so outstanding. If she were to fall into the clutches of the demon tribe, she would definitely be seen as a valuable medicinal ingredient.

By then, her fate would be even more miserable than ordinary practitioners!