Support
Random Novel
Reincarnated as a Dog with Syste 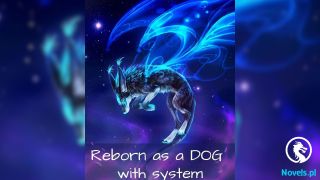 Huang Zixiao said helplessly, “In the past, Soaring Heavens Continent’s Heaven and Earth Profound Qi was too scarce and there wasn’t enough energy. The communication method with God Realm should have lost its effectiveness. But the connection of the spiritual imprint is one of the strongest links. Perhaps it hasn’t lost its effectiveness. Moreover, the space barrier has already been destroyed, so perhaps it is possible to connect again?”

“Wow! In this way, wouldn’t my Female Devil be famous? Before she goes to the God Realm, her legend is already spreading around! Little Phoenix felt very excited just thinking of it. So it couldn’t help flapping its wings and circling in mid-air, chirping delightfully.

Huang Zixiao shot a glance at it and sneered, “Fat hope! Too bad, triggering that spiritual imprint is just too difficult! Without tenth stage realm cultivation, it is impossible to comprehend fifth stage conceptualization, even for god grade geniuses…

Before he could finish his sentence, a sharp cry came from the entrance of the secret room.

The entrance which kept bobbling suddenly opened wide, as a virtual image of a Phoenix snuck out from it.

Although it was just a virtual image, it contained an indescribable amount of energy. The appearance was dazzling and it made everyone unable to look straight at it.

The Phoenix’s virtual image went a semi-circle in mid-air and suddenly gushed up to the roof of the inheritance tower. It disappeared in an instant, as though it had flown into the clouds!

Little Phoenix’s eyes opened wide in astonishment and asked, “This… what is this? It’s so powerful! It’s actually even more powerful than a genuine Phoenix like me! Is it a mechanism within the inheritance tower? My Female Devil… will she be alright?”

Little Phoenix thought it was a little strange and turned its head to look at him. He discovered that Huang Zixiao’s face was filled with shock. His eyes widened like full moons and he kept staring at the tower’s roof, not saying a single word at all.

After sometime later, he muttered irresolutely, “This… could it be… the former clan leader’s spiritual imprint!”

“Yes, that’s right. By right, this spiritual imprint shouldn’t be triggered…” Huang Zixiao frowned. But no matter how he pondered over this, he couldn’t get it. “Unless… unless, the young lass has comprehended the fifth stage conceptualization…”

He paused for a moment, seemingly considering the possibility of this. But very quickly, he shook his head. “Of course, this is impossible. Even if she has such great innate talent, it has only been ten months. Could it be that the [[Mythical Nine Skies Phoenix Painting]] has a problem? Then we’d be in trouble!”

Huang Zixiao thought over it and his expression suddenly changed. “No way, I have to go in and take a look!”

He stood up and walked swiftly into the secret room.

Little Phoenix was worried about its Master so it hurriedly followed behind.

One man and one Phoenix walked through the array barrier at the entrance into the secret room. The moment they entered, they were hit by the powerful energy inside.

Little Phoenix almost stumbled and retreated by a few steps. “What… What powerful energy!”

Huang Zixiao also felt uncomfortable and hurriedly worked up his cultivation to block it off, slowly calming down.

He took a look to find that Huang Yueli was still seated in front of the drawing, not moving at all.