Support
Random Novel
Destined Wife: The Apple of My E 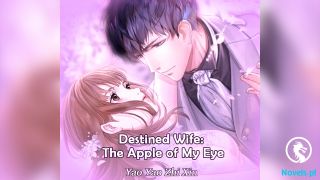 It was no wonder that they were already officially married, but Li Moying came out with various situations and refused to consummate with her.

In the past, before they weren’t engaged yet, this man always loved to be intimate with her. His body wouldn’t reflect all these various problems. But why was it that after they got married, he suddenly became impotent?

Moreover, Liu Buyan also colluded with him to interfere with her judgment.

Recalling back on this, it was evident that both of them already found out about the information on the &lt;&lt;Drifting Cloud Scoll&gt;&gt;. Moreover, they believed in the contents very much!

According to the remnant pages’ records, once the two portions of the primordial spirit were connected, they would automatically merge.

This process was something that even the original owner of the primordial spirit could not control.

The two portions of the primordial spirit that came from the same source would attract each other to resume back to a complete state. This was a Heaven and Earth law, so there was no way to defy it.

Once the primordial spirit merged, the portion which had been split up would be on the losing end and it would be absorbed by the owner.

That meant that once she and Li Moying consummate, the primordial spirit that she obtained from Li Moying would return to him.

By then, his incomplete primordial spirit would be cured totally.

But for her, she was able to reincarnate and live on this Continent all because of his primordial spirit. Once it had been taken back, her primordial spirit would not be able to support the control of her body.

The result would end up with her original weak consciousness dispersing once again. It would dissipate from her body and become a wisp of residual spirit.

Moreover, it would not take long before it disintegrated.

Of course, this result could not be termed as an injustice.

After all, the result of her previous life of self-exploding should originally be like this. Her soul and spirit scattered and dispersed, returning to nothingness.

As Li Moying forcibly used the Art of Split Soul to retain a sliver of her primordial spirit, she could live until today and for so many years. So in that sense, she gained something out of it…

Li Moying knew that he could not continue hiding the truth. He also knew that denying was no longer possible so he could only nod his head.

Huang Yueli frowned slightly as though she was trying to verify the authenticity in his words.

Li Moying saw her expression and got flustered, “Li’er, I… I didn’t want to hide it from you. But… but…”

He wanted to explain, but discovered that it was very hard for him to do so.

Because he and Liu Buyan had already colluded together. If Huang Yueli had not discovered the truth on her own, he would never have told her about all these.

However, Huang Yueli knew what he was worried about.