Support
Random Novel
My Range is One Million 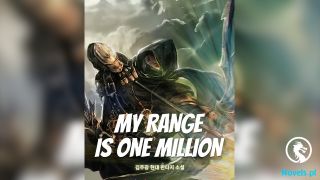 The few of them agreed on the route and waited until the sky became dark.

There were still a few more hours before the sky became dark.

Everyone’s equipment was already complete. They were waiting for early morning.

Merci, a death squad, came over to watch Shen Qianshu’s group. They followed her closely and seemed to be waiting for early morning to get started. Shen Qianshu looked at this group of girls who were like fresh flowers. “Listen to me. Find a place and hide. Breathe in more air. It’s very precious.”

Perhaps, they would never see it again in the future.

Shen Qianshu’s warning was of no use at all.

Very few people could listen to her warning.

Time passed as the minutes ticked away. Everyone was getting ready.

However, there were three girls who followed them closely.

When it was 11:50, they entered the tallest building and took the lift. Two girls took another lift. They went up to the highest point. Monica took out her binoculars directly and observed the surroundings.

Everybody had started to find their position.

“Two people,” Monica said. “The others cannot be found.”

“Still left with one minute!”

Everybody seemed to be pushed on the button by someone. Monica, Shen Qianshu, and Maxi crouched on the ground at the same time and pressed the remote at the first moment. The bomb blew up and destroyed the power station. The ruined city slipped into darkness.

Maxi and Monica opened fire at the same time and killed a few girls.

At the same time, a bullet shot through the glass, causing it to shatter onto the ground behind them.

The whole city was in darkness.

Monica’s sliding rope was fixed on the top floor. She slid down one floor straight away. Shen Qianshu had never done this kind of training. At that moment, she also did not bother with being afraid. She was the second one to slide down, and Maxi slid down after her. There was a lot of noise in the stairway.

Someone had seen Maxi’s shadow.

She lifted her gun and shattered the glass. She faced downstairs, which was in a state of chaos. Everybody started to turn back.

The people from Merci and Xue Er started to gather around. “Did you see them?”

There was no electricity, and it was dark. There was only some sporadic light. Everyone followed the trace of blood. After a short while, they could not see any trace of blood. Xue Er said, “Everyone, go and look. You must find where they are. Before Shen Qianshu dies, you are not allowed to fight internally.”

This group of girls had an agreement. The first target of the youngsters in Meng Qi’s group was also Shen Qianshu.

This was a game that was set up specially for Shen Qianshu.

Everyone’s target was her.

Shen Qianshu was going to vomit. It was extremely disgusting. You could say that it was an especially dirty and smelly sewer. Shen Qianshu held onto the wall. She did not control herself and vomited until her bile came out. Monica also retched for a while.