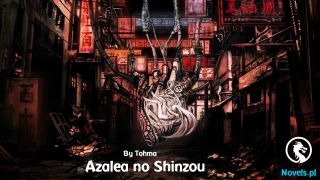 Though Long Ming was dressed only in a set of low-key black shirt and pants, somehow he managed to look incredibly handsome. His shirt and pants were all handmade, the collar and cuffs were inlaid with gold thread, making him look like the king of the night.

With those cold eyes of his, they were like those of a demon from Hell, with no trace of anything human in them.

Although he had shaved his beard and revealed that chiseled face, showing that he was the most handsome and charming man in Burma, the strong and cold air emanating from him made people unable to look at him directly.

After all, he was the King and everyone could only look up to him.

Long Ming did not allow the steward to make any sounds and the steward did not dare to breathe. Kneeling on the ground, he only sucked in a breath after Long Ming had gone in.

Fortunately, he was able to take the hint and saw that the King treated Xiao Ying differently and did not make things difficult for her as the last steward had. Otherwise, his fate would be as miserable as that steward.

Xiao Ying was the only person staying in the servants’ room. The others did not want to stay with her because they thought she was too scary.

The arrangement suited Xiao Ying well, she simply did not care.

When she was groggy with sleep, she suddenly felt a little out of breath. There was no light in the room, only the pale moonlight shining in from outside the window.

Xiao Ying saw the man in front of her. A sharp outline, well-defined facial features… Wasn’t this Long Ming?

It had been some time since he had last appeared in front of her. She felt glad that he had forgotten her, perhaps she had a chance to leave this prison!

Taking in a breath, Xiao Ying frowned when she smelled the strong smell of alcohol on his body.

He seemed to have drunk too much.

Unable to push him away, she raised her hand and slapped him hard on his carved-like face. A clear and crisp sound sounded in the still air. The temperature in the air dropped sharply.

Long Ming pursed his lips tightly and looked at the woman who dared to hit him, his handsome face seemed to be covered by a layer of frost.

Xiao Ying had seen all kinds of people, but at this moment, she was still frightened by Long Ming’s expression.

After all, he was the king. The decision making of a superior person for many years had given him a kingly aura to him in everything he did. With a single glance, his gaze could terrify people, let alone now when he was being slapped.

With his position, no one had dared to even touch a strand of his hair to this day.

And no one even dared to slap him in the face.

The confidant standing outside heard the movements inside and could not help but feel nervous for Xiao Ying.

Christ, that woman was really bold to dare to pluck the fur on the tiger’s head!

Long Ming looked at Xiao Ying coldly and warned her with a steely glint in his eyes. “Number 21, if there’s another time, I will cut off your fingers and feed it to the dogs!”

As soon as his voice fell, he was slapped hard on the other side of his face.

The legs of the confidant outside were already shaking with fear. Sweet lord, this woman must have too much courage!

There was no fear in Xiao Ying’s eyes.

She had never been someone who would agree to something reluctantly. She had already been working properly in the laundry room, what right did he have to insult her?

If he did not allow her to hit him, the more she would hit back! It was better to kill her!

After that, Xiao Ying closed her eyes and did not look at Long Ming as she waited for him to execute her.

Long Ming looked at the woman, who had on an expression like she was going to die after giving him two slaps. His deep blue eyes had turned stormy and it looked so dark and cold that it could kill her in an instant.

Even though her eyes were closed, Xiao Ying could still feel the powerful aura of Long Ming that was like a demon from hell, and her heart quivered.

Then, her face was pinched by the man’s cold fingers and he used a lot of strength, almost crushing her bones.

A sneer crossed her face. “Do I still have pride in your eyes?”

“Yes, you have no pride. You’re so ugly it makes me sick to the stomach.”

“If you’re sick to your stomach, why are you still pressing against me? Long Ming, are you crazy?”

Long Ming looked at her face with two bruises from being pinched by him and there was a trace of mockery in his eyes. “What can I do? I like to see you suffer.”

Xiao Ying’s eyes filled with tears and her hands were clenched tightly into fists. “Long Ming, tell me. Do you still like me? Otherwise, why are you here and not with the many women you have?”

Grasping onto Xiao Ying’s chin, Long Ming’s cold and sharp face approached her and then he bit the tip of her nose.

This lunatic! The tip of her nose was probably bleeding from his bite. “Long Ming, you pervert!”

“I’ll show you what a pervert is!”

“Long Ming, you will regret it!”

Long Ming sneered, his eyes red. “What is there for me to regret?”

Long Ming soon realized that something was wrong. His blue pupils, which had always been as cold as ice, constricted violently.

When he looked at the pale woman with his eyes red, his lips trembled slightly. “What’s the matter with you?”

Xiao Ying laughed. “What do you think? You have never thought that you would have this day, right?”

Realizing the meaning of Xiao Ying’s words, Long Ming fell silent for a few seconds. “Are you pregnant?”

Xiao Ying’s lips curled mockingly and she said nothing more.

Long Ming could not think too much about it. He tidied himself quickly and did not even have time to button his shirt. Wrapping Xiao Ying’s slender body in his coat, he carried her out of the room.

The confidant saw Long Ming coming out in a hurry and before he could say anything, he heard Long Ming bark out an order. “Get the car ready.”

As he rushed down the path to the parking lot with Xiao Ying in his arms, his panicked expression was one that Xiao Ying had never imagined she would ever see before.