Ye Wanwan didn’t leave the mission issuance area in a hurry. Before her trip to China, she accepted a mission to eradicate defected mercenaries worth 5,000 points, so she had to submit this mission first.

When the mercenaries saw Ye Wanwan in the mission issuance area, quiet discussion snaked through the crowd. To the mercenary students, Ye Wanwan had clearly become the strangest rookie mercenary of the year at Scarlet Flames Academy.

Ye Wanwan:I learned it from wild monkeys and gorillas?!

The power of rumors truly couldn’t be underestimated…

Soon, Ye Wanwan arrived at the mission submission area and lined up. There were several people ahead of her in line. “Senior Sister! Hurry hurry hurry… You go first…”

Several B-rank mercenaries jumped in fright when they saw Ye Wanwan and hastily moved to the side.

Although cutting in line was uncivilized behavior, there was nothing Ye Wanwan could do when other people forcefully yielded their spots to her.

Hence, Ye Wanwan had no choice but to become first in line.

At the front, a Scarlet Flames instructor looked at Ye Wanwan and commented with a light chuckle: “Ah, Ye Wanwan… Elder Gong’s disciple! You’re young and promising with boundless prospects ahead of you…”

“Thank you. I would like to submit my mission,” Ye Wanwan said.

Ye Wanwan then handed the photos of the defected mercenaries to the instructor.

“Oh…? This was the mission to eradicate defected mercenaries? Did you finish it?” the instructor asked curiously. “Yes…” Ye Wanwan nodded.

“Then… Where are their chopped-off heads?” The instructor looked around Ye Wanwan and discovered she came back empty-handed.

Ye Wanwan was surprised. There’s something wrong with them, right…? They freaking want chopped-off heads? What absurd joke is this?!

It was those defected mercenaries who violated China’s laws, but if she were to bring their chopped-off heads back, then it would be her who violated the law, alright? Whether she could even return or not would be a mystery.

“No, but I have a video as evidence.” Ye Wanwan took out her phone and played the video.

The contents of the video was those defected mercenaries being arrested by the Chinese police.

“You…” The instructor stared at the video in disbelief. How was this a mission submission?!

“The mission I accepted called for eradication. This should be considered eradication too since it was me who called the police.” Ye Wanwan smiled indifferently.

“You… called the police?!” The Scarlet Flames instructor was stunned. He’d never seen someone complete a mission like this! Moreover… how could she call the police? That was too disgraceful to Scarlet Flames Academy, alright?!

“That’s right.” Ye Wanwan nodded and cheerfully said, “The mission didn’t specify how I should finish the mission, so that should be considered outwitting them, right?”

The Scarlet Flames instructor wanted to refute but couldn’t think of any comeback after half a day. This mission really didn’t say anything about prohibiting outwitting someone…

In the end, the instructor was left speechless and could only stamp the seal over Ye Wanwan’s mission submission document, signifying the completion of the mission. 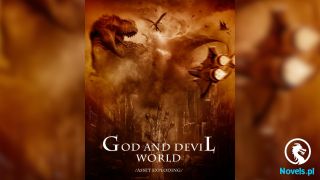