The girl rubbed her soft face against his knees as she pitifully looked up at him, causing the frost blanketing his face, the raging inferno incinerating his heart, and the pain cleaving his body to all ebb a few degrees in the blink of an eye.

As soon as Ye Wanwan saw that the situation had taken a promising turn, she rolled up and grabbed his arm before swiftly pushing him toward the gigantic cabinet. She opened the cabinet doors. “Please hide inside, Lord Asura!”

The man looked at the cabinet behind him then the front door, and his slightly eased up expression instantly chilled again.

Ye Wanwan was acting like she was about to get caught in bed with her lover by her real boyfriend!

A loud “bang” was heard. Ji Xiuran was probably worried that something had happened inside and started violently slamming the door.

Ye Wanwan was drowning in regret about pissing him off earlier. She used his shoulders as support and tried to press a kiss again his lips. “Please, pretty please!”

The man leaned his face to the side and evaded her!

I really pissed him off this time…

“Ah…” Ye Wanwan furrowed her brows and suddenly clutched her stomach in agony. “It hurts…”

Then Ye Wanwan took advantage of the distraction, forcefully shoved him into the cabinet and slammed the door shut before locking it from the outside with a “kachak.”

The second before she closed the doors, she saw the man’s extremely furious and terrifying expression.

At the same time, the main door was slammed open from the outside.

Ye Wanwan ran over, soaked in sweat. “Ahem, why are you here?”

Ye Wanwan cautiously blocked the cabinet from his line of sight and replied sleepily, as though she just woke up, “Nothing, I just accidentally knocked over a teacup! Hurry and sit! Let me get some tea for you!”

“You have a visitor?” Ji Xiuran glanced at the coffee table.

Aside from the teacup she shattered, there was another cup sitting across from it.

Ye Wanwan’s heart skipped a beat. As she cleaned up the broken pieces, she explained, “Seven Star came over and sat for a little bit earlier. It’s so late already. Did you need something?”

Ji Xiuran stared at the teacup for a few more seconds before sitting down on the sofa. He acted like he believed her and wore a faint smile like always. “Not much. I just felt like I needed to explain to you that there’s nothing going on between Worriless Nie and me.”

“That’s all?” Ye Wanwan hastily said, “It’s nothing, it’s nothing! I don’t mind at all! I believe you, of course. I believe everything you say!”

“Then I hope you’ll also listen to what I said to you at the Shen estate today,” Ji Xiuran said.

What did Ji Xiuran say to her tonight?

Ye Wanwan’s mind was in a disordered state right now, so she tried her best to recall what he said. She finally remembered and quickly said, “You told me not to go near Lord Asura! I know, I heard you. I’ll listen to you seriously, of course!”

As soon as she said that, a “thud” was heard from the direction of the cabinet.

Ji Xiuran’s eyes instantly shot toward the origin of the sound, a sharpness flickering through his eyes.

All the hairs on Ye Wanwan’s body stood on end from fright. Sh*t!!! 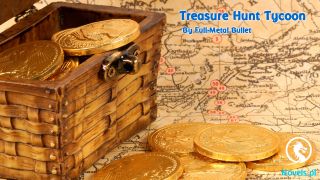