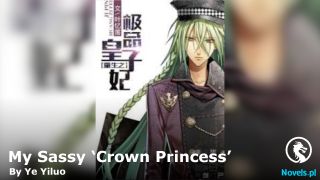 Chapter 676: Going to the Banquet

There was a barrier in the middle.

When Su Li saw that he was quibbling over this matter, she was touched and flattered. Xiao Luo was jealous, which meant that she was in his heart. On the contrary, she would be bitterly disappointed if he wasn’t jealous.

“The temperature is lower at night. I’ve left a blanket here. If you feel cold, cover up.”

After reminding her, Xiao Luo turned and walked towards the bedroom.

However, since Su Li was already out, how could Xiao Luo let her go so easily? He reached out and grabbed her wrist. With a light tug, Su Li lost her balance and fell into his embrace.

Being pressed down by Xiao Luo, Su Li’s heart was beating madly. She looked at Xiao Luo with teary eyes, and color flared in her cheeks.

However, Xiao Luo seemed to be admiring a piece of art. He clicked his tongue and complimented her, “You are really a dish!”

“Don’t mess around,” Su Li warned. “Qingyan is inside. She’ll wake up easily.”

Su Li was startled. Recalling what Xiao Luo did to her in the Luo’s Workshop’s meeting room, she was still a little shaken.

“Don’t blame me. You brought yourself to me.”

Xiao Luo gave a cheeky smile. Having a soft spot for their loved ones were common in most men.

“I’m just worried that you would catch a cold, so I sent you—” Su Li bit her red lips.

“Don’t take on any roles in the future,” Xiao Luo suddenly said seriously.

“If I don’t work, will you provide for me?” Su Li looked straight at him. The way she frowned seemed to be acting coquettishly.

“What’s so difficult about providing for you?”

Xiao Luo reached out and lifted her sharp chin. “Also, although you said that there was a barrier when you were filming the kissing scene, I was still very…very unhappy. I was even uneasy that you were holding hands with another man in the scene. Even though that was acting, you’re my woman and you belong to me…only to me. Other men can’t even touch a finger of yours.”

“So you admit that you’re jealous?” Su Li teased him. A rare playful smile appeared on Su Li’s cold face.

Xiao Luo smiled and did not say anything, tacitly acknowledging what she said.

Su Li was pleased. “Alright. It’s too late. I have to go back and have a rest. I have to go to Bai family to meet Bai Yuquan tomorrow.”

“Call me hubby, and I’ll let you go back to your bedroom.” Xiao Luo chuckled.

The next day, almost noon, Su Li, who was wearing a pair of oversized sunglasses, went to Bai Yuquan’s banquet with Shen Qingyan and Xiao Luo.

On both sides of the restaurant were sculptures inspired by ancient Athens. Led by the well-dressed lady of etiquette, they walked to a large private room by the lake.

The oyster white carved wooden door opened, and a man in a black suit made a ‘please’ gesture. “Ms. Su, Ms. Shen, our Young Master Bai has been waiting for you.”

Without speaking, Su Li slightly nodded her head in greeting and stepped in.

“Wait. Who is he?” The man reached out to stop Xiao Luo, and his eyes were filled with hostility.

“He’s my husband.” Su Li expressionlessly said, “Is there a problem?”

The man was stunned for a moment before he smiled and stepped aside. “No, no. Since you’re Ms. Su’s husband, you’re also Master Bai’s guest. Please come in.”

“Don’t gild the lily,” Xiao Luo commented and walked past him.

“You actually made an unnecessary move,” Shen Qingyan also said when she passed by the man.