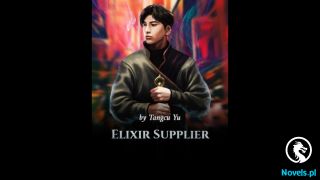 In just a few days, the Orb of the Heavenly Emperor had changed tremendously. Not only did it size grow a hundred times bigger, its power and presence were influencing the whole forbidden land too. The place was brimming with life and immortal intent, with all kinds of rare phenomena occurring across it.

Many cultivators of the Tenth Small Immortal Realm were startled. The rare phenomena had attracted them to the forbidden land. The other formidable factions did notice them too, but they did not intervene with the process.

Meanwhile, inside the world of the Orb of the Heavenly Emperor…

Two days ago, Qin Nan and the others had established a connection with the Tenth Small Immortal Realm's Origin Force.

In simpler words, the Orb of the Heavenly Emperor had become a part of the Origin Force.

Qin Nan and the authorities were granted the power to utilize a millionth of the Origin Force. They were also buffed while they were in the Tenth Small Immortal Realm.

However, two days ago, Empress Feiyue delivered a message to them. She had already reached an agreement with the Zheng Clan and the Wu Clan. Progenitor Mingchu, Ruler Qingyu, and Progenitor Shuangdao had to leave temporarily to work with the two factions and set up the second Orb of the Heavenly Emperor.

Only Qin Nan and Progenitor Linghuang had stayed behind.

Qin Nan and Progenitor Linghuang were constantly performing hand seals since two days ago to try and obtain the Origin Force through the connection between the Orb of the Heavenly Emperor and the Origin Force.

The latter was using the Origin Force to cleanse his flesh and the Power of Rules while merging it with valuable resources and artifacts to refine something special.

Among the forces in the world, the Origin Force was the most useful.

Qin Nan was doing two things at once too.

The Origin Force was the purest energy in the Primary Upper Realm. It was the most effective for Qin Nan to improve his cultivation with.

At the same time, Qin Nan also poured a portion of it into the Ownerless Heaven Pattern.

He was starting to see some results after doing it for two days. The Ownerless Heaven Pattern began to glow with runes surfacing on it.

However, the Nine Dragons Seal seemed to be in a deep slumber. It could only be awakened by an enormous amount of energy.

To Qin Nan's surprise, the Nine Dragons Seal was not interested in the Origin Force. It even reacted disdainfully toward it.

Qin Nan was about to ask what it needed when it suddenly fell silent. Qin Nan simply put it aside after seeing its reaction.

Qin Nan's aura suddenly skyrocketed as he had a breakthrough.

The new power in his body burst out of it and separated into the Impenetrable Sacred Flesh, Art of the Immortal Demon, and the pattern consisting of twelve Arts of Dao Seeking before combining into one again in continuous cycles.

He had achieved the peak Master Realm!

"The Origin Force is indeed terrifying. I've already had a breakthrough when I've only absorbed a small amount of it," Qin Nan exclaimed.

He could sense the power of his eyes growing marvelously. The mountains, rivers, forests, and plants which looked ordinary to him before were filled with faint colors.

"Are these…the Power of Rules?"

He had refined the Rules of the Immortal Demon, thus he was quite familiar with the Power of Rules.

Qin Nan came to a new realization in his heart.

He knew his power and other things in his body had reached the upper limit of the Great Dao, allowing him to discover the secret of the Ruler Realm.

The Ruler Realm utilized the Power of Rules!

The Heaven Highness Realm was about inventing their own rules!

Qin Nan was still unsure about the Supreme Highness Realm.

"How should I break through to the Ruler Realm?"

Qin Nan frowned as a question crossed his mind.

'Merging with Huangfu Jue's flesh was obviously not an option.

As for the two options Empress Feiyue came up with…

Qin Nan quickly took a look at it.

He noticed all kinds of patterns and the figures of cultivators appearing from the Ownerless Heaven Pattern with overwhelming auras.

The Nine Dragons Seal shuddered vigorously like it was harrumphing coldly to claim the ownership of its territory.

The Ownerless Heaven Pattern paused briefly before moving to the side.

"Isn't this…my master, did you obtain the Nine Dragons Seal?"

The pattern spirit blurted out with astonishment.

Zhou Xundao smiled for once.

"Aren't you…Elder Zhou? Did the Undying Cycle Mountain return too? How are Bai Zhongsheng and the others?"

Jiaye asked a series of questions.

He soon realized something was not right.

"Jiaye, calm down first, let me explain to you."

Qin Nan was a little nervous. He was having mixed feelings.

He was not just a pure reincarnation of Zhou Di.

Jiaye was surprised. He quickly added, "My master, you should hurry up and master the Impenetrable Sacred Flesh and evolve it into the Indestructible Flesh of Eternity. You should also merge with the second half of the Art of the Immortal Demon!"

"You must kill Cang before he becomes a Heaven Highness, or he's going to be a problem!"

Jiaye did not seem bothered when he learned Qin Nan was also the reincarnation of Huangfu Jue, just like Bai Zhongsheng.

Qin Nan said with a wry smile, "I know too, but my Senior Brother is currently in Cang's hands. I have to figure out a way to help him reclaim his will. I also need to find a way to achieve the Ruler Realm."