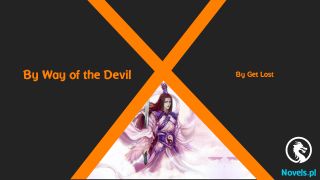 "Wei Wuyin!" Zhang Ziyi and Lin Ming exclaimed at the same time. They were baffled. How did he appear inside the barrier? Zhang Ziyi thought this could be an illusion, a tactic to stop her from unleashing a devastating blow. She narrowed her eyes as she inspected him, seeing his silver eyes caused her to doubt even more.

Since they met, Wei Wuyin's eyes had been completely closed. Was it even possible for someone to have such a beautiful pair of eyes? They seemed to embody the essence of divine beauty, striking a chord in one's heart. His already handsome facial features were elevated to an unearthly level when paired with his physique and eyes.

The elders, both male and female, were struck dumb by the sudden arrival of this endlessly stunning young man! They widened their eyes to take in more.

Wei Wuyin couldn't hold back his smile, looking around with genuine curiosity. He could finally see again! His eyes, those two immortal-like organs of his, were fully functioning!

Besides the nine seniors outside the barrier, he saw Lin Xianxei's nation-toppling beauty once again with his actual eyes. Spiritual sense did not do her justice. She was top-tier amongst her gender. There was no doubt about it.

With the sides of Lin Xianxei's eyes slightly watery, she gave off a pitiable but charming feeling that made one want to protect her. How peculiar. When he saw Zhang Ziyi's middle-aged, mature beauty that lent itself an air of purity and grace, he couldn't help but mentally praise her.

"So, what's this?" Wei Wuyin asked Zhang Ziyi as he walked out of the barrier calmly, not impeded by it in the slightest. This shook Lin Xianxei! But when she recalled that Wei Wuyin had an Elementus Badge too, she knew why the barrier hadn't guarded against him!

There were several backdoors set-up in the Paramount Jade Realm's defenses, and this was one of them that the Divine King Han Xei used to protect his destined Chosen from being assaulted within the realm. The legacy they should've obtained was tremendously valuable, and greed was common in nature!

This was their safe space. Unfortunately, Divine King Han Xei hadn't predicted or prepared for an Earthly Saint to take action against mortals. His legacy might be beneficial to certain individuals, but to these Earthly Saints, it wasn't relevant enough. Their foundations and cultivation bases were set.

Wei Wuyin laughed, "You can try attacking me and see." If she did, or even intended to, her Mythical Oath would activate and she'd been experiencing direct punishment before she even gathered her energies to do so. The breaking of an oath and its subsequent punishment was abnormally swift. Wei Wuyin believed it was similar to the bestowal of Karmic Sin via Heavenly Punishment when a person kills a Blessed.

If it wasn't for Eden and Kratos, he wouldn't have been able to react to the strange time pause that occurs during which.

"…" Zhang Ziyi didn't dare. She understood the harsh punishment of breaking an oath. She wouldn't risk it. If it was an illusion, she could wait for later to deal with those two.

Wei Wuyin turned his head back to see Lin Xianxei and Lin Ming just shaken by it all. "The legacy is still there, but I think you should wait. I don't think those below Realmlords should try to obtain it. His artificial Worldly Domain might not be enough, but if you decide to do so—good luck." He warned before bringing out the Paramount Jade Token that was bestowed to him by the True Element Sect for exit and entry.

Wei Wuyin was about to activate it when he thought of something, he looked at Lin Xianxei for a long moment. "Radiant Jade True Queen, allow them to enter if they choose to do so. And don't look for trouble with Lin Xianxei anymore. Consider it as a favor to me." He was fully aware of the animosity that Zhang Ziyi held towards the Lin mother-daughter duo just from the brief interactions of her trying to drag them down.

"…" Zhang Ziyi was startled by Wei Wuyin's request. She wasn't the only one. Lin Xianxei couldn't believe what she was hearing. Lin Ming clenched his fists.

After Zhang Ziyi thought about it, she nodded. The elders didn't know why a mere mortal, no matter how handsome, was able to give an Earthly Saint a favor or let them stand down. They were baffled but the situation was clearly abnormal.

"Thanks," Wei Wuyin honestly said. He activated the Paramount Jade Token and was enveloped in silver light, vanishing completely.

"…" A strange state of silence permeated the realm after. The elders had breached into the realm despite the cultivation base restrictions set on it, and Lin Xianxei had used a backdoor to gain entry. They had used so much yet they were supposed to let bygones be bygones because a silver-eyed youth said so?

"Let's go." Zhang Ziyi no longer felt like staying. While her outward expression was calm, she was extremely happy inside. A favor from someone like Wei Wuyin was worth a million of Lin Xianxei lives. She got away with a steal. Who knew if she'd need help obtaining a rare resource or a mystic-graded alchemical product in the future?

If he became an Alchemic Saint, this favor would be worth literal starfields. So she was immensely joyful! If she wanted instant benefits, she could ask for a few spatial rings that Wu Yu had been ‘gifted' by the external clans. Fortunately, she knew how to save up.

When the elders left alongside Zhang Ziyi, the two Lin's stayed in the barrier just looking outward with complicated emotions. Just a few moments ago, Lin Xianxei had felt a lifetime worth of regret wash over her as death crept upon her. Now, she was out of any danger and they could go and claim the legacy without issue.

Furthermore, Zhang Ziyi, the one who planned her assassination, had a heavy hand in her imprisonment in the Traceless Regret Valley, and was oppressing her clan at every available opportunity had agreed to leave her be? All for a favor?

But she couldn't help but wonder why?

Yet no answer could be found, at least outside of genuine interest in her. Was the Grand Seer correct that day? Was her decision to choose Lin Ming over Wei Wuyin was causing her dreams to collapse? She had almost died…

Lin Ming kept real quiet. His eyelids were half-lowered and his expression was incredibly difficult to read. He simply stared at the location where Wei Wuyin vanished.

Wei Wuyin was seated in the lotus position in Lin Xianxei's courtyard. He actually liked the simplistic scene, reminding him of his time in the Myriad Yore Continent's Wu Country's capital city. He had stayed there in a similar courtyard and cultivated peacefully.

By his side, Wen Mingna was similarly seated in the lotus position. Above their heads, a gorgeous white and gold feathered avian beauty flew with a blind priestess. From time to time, there were laughs and exclamations from both beauties.

Wen Mingna cycled through sets of hand-seals, purely out of practice, not executing any arts or spells. Her cadence of forming was rhythmic and soothing. While Wei Wuyin had his eyes closed in deep meditation.

The realm within the realm was an interesting discovery, and it led to a larger, grander, yet dilapidated location from lack of maintenance. It wasn't much different from the Paramount Jade Realm, but it had a single grand palace that bore a striking resemblance to the Myriad Dao Palaces of the Everlore Starfield.

There wasn't a Wang Yutian there, or any Spiritform, and it was completely absent from life. The insides were filled with ancient scrolls, not spiritual jades or books. It's been a while since he saw scrolls used as a form of passing down knowledge.

When he searched Lin Xianxei's memories, she had been brought there by an Avatar of Divine King Han Xei. It was the time she was accepted as his disciple, a strong memory that defined her belief in the man. Within, she found all sorts of scrolls that contained many different arts, spells, and methods.

But they didn't belong to Divine King Han Xei.

During her memory, Divine King Han Xei explained the truth of the Paramount Jade Realm. It wasn't created by the Jade Element Sect. It was found by the Jade Element Sect. It was a remnant of an ancient civilization of the Grand Cyclic Stellar Region before humans became the predominant race. They were referred to by many names in various records but they called themselves Titans.

They were larger versions of humans, but they had two hearts, three lungs, and a unique hormone organ inside their brains that caused them to greatly differ from humans internally, capable of growing infinitely larger without stressing their physique. Divine King Han Xei had told her that most high-graded cultivation methods of today stem from their existence. The pure-blooded titans were extinct in the Grand Cyclic Stellar Region, but some of their hybrids still existed in the Everlore Starfield and Grand Cyclic Stellar Region.

The Paramount Jade Realm originally belonged to a human-titan hybrid that cultivated a unique path. Unfortunately, they met their end in an untimely fashion and left this realm unattended. The Jade Element Sect discovered this realm, used its accessible areas to gather materials, and grew stronger as a result.

The Divine King Han Xei had obtained the key of that hybrid's inner realm, a place where they cultivated privately, when he was a youth, allowing him to take the path of the Divine.

Within this library of arts, spells, and methods left behind by the human-titan hybrid being, the Celestial Eyes of Spiritual Divinity was there, including the Everlasting Spirit of the Nine Flames that they devised from it.

Within this version of the Celestial Eyes of Spiritual Divinity, there were three formations written within. The first was the Eye of Immortality, this was an exact replica to Wei Wuyin's version, and the second was the Eye of Truth, another exact replica.

The third Eye was entirely different!

The Eye of Creation!

Wei Wuyin's eyes snapped open! His irises and pupils were a raging storm of endless colors of endless shades denoting every single aspect of creation!!!