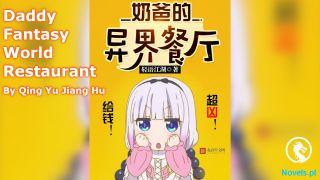 «One Child Two Treasures: The Billionaire Chief’s Good Wife (Web Novel) - Chapter 2575: Fear not, for I will protect you.

“That’s enough!” cried an ashen-faced Ji Yan, having reached the end of her patience. “Enough said! I don’t know what caused the fight between you two; it might be a misunderstanding, but we can always talk after tending to your injuries. That’s what’s most important now! What are we going to do if you hurt your tendons and bones?”

Her boyfriend was just about to say something when she cut in impatiently. “Show me some face and don’t go overboard, okay? Let me take you to a hospital to clean up your injuries.”

Meanwhile, the rest of the people were too shocked to make a peep as they studied the couple with varying expressions.

Clenching his teeth tightly, Gao Nan shot a furious glare in Hua Jin’s direction, then he turned to take a look at his girlfriend, who was wearing a pleading expression on her face. It was only after breathing hard for several seconds that he bent over and picked up his phone and coat from the floor before turning around to leave.

The woman reached out to support him at once, but with him being in a fit of pique, he shook off her arm, yelling, “Don’t touch me!”

Stunned and aggrieved, she bit her lower lip then turned to look at her co-actors and told Yun Shishi, “I’ll leave you to take care of Hua Jin, then.” With that, she hurriedly chased after her boyfriend.

Yun Shishi was still seething with rage and glared at the man going down the stairs with his girlfriend’s help. Only when they disappeared from sight did she retract her gaze.

Another staff member, out of concern, followed up by asking, “What Hua Jin said earlier… Did Gao Nan try to harass you?”

She did not answer that question, for she was so rattled at the moment. Like a child who had done wrong, she hung her head low and her eyes rimmed red.

When the idol saw this, he patted her head placatingly and said, “It’s alright now. Fear not, for I will protect you!” He then enveloped her in his arms and comforted her nonstop.

This only worsened her feelings of guilt and self-blame, for he had gotten hurt because of her, yet he was unconcerned about his injuries and only cared about taking care of her.

With things turning out this way, the birthday party naturally ended on a bad note.

Yun Shishi wanted to take Hua Jin to a hospital for a checkup, but the stubborn actor refused to go, claiming, “These are just minor injuries!”

As they left the bar and walked on the streets, he wiped and licked the corners of his lips. “Tsk. That b*st*rd really went all out earlier!”

He looked at her rather nervously and asked out of worry, “Shishi, are my lips badly torn?”

Oh, gosh. She could not help feeling angry and tickled at the same time!

Trust him to be so concerned about his face even at this point!

“Not really, but… should we err on the side of caution and go have them stitched?”

“Surely, it’s not that serious?” He touched the corner of his lips carefully. “Nope, doesn’t need stitching! There won’t be any scars, so no need to fuss about them.”

“What about the injuries on your body…”

“How can you be sure?!” she asked exasperatedly. “What if you’re suffering from fractured bones?”

“I’ll know it if that’s the case. ” He told her this lightly. “I’m used to getting hurt, anyway; it’s all good as long as my face isn’t disfigured…”

Feigning nonchalance, he joked, “I’ll cry if my pretty face gets ruined! Don’t you find it a pity if my good looks get destroyed?”

Hearing that, her heart suddenly grew heavy. Out of misery, she suddenly stopped walking as she bit her lower lip with her eyes moistening.