The artist instantly recognized the person.

This person bought that bread and beverage for her yesterday.

She also passed the food to her.

As she was an assistant that Qin Zhou had brought along, Yun Shishi naturally trusted her to the fullest. She did not suspect anything when this woman gave her the food.

When Mu Xi told the manager about the situation yesterday, he instantly thought of this person. She refused to admit it at first despite his relentless interrogation, but after he used some tricks, this person finally broke down and confessed to it.

It turned out that this assistant was a die-hard-fan of Gu Xingze.

The reason she had striven to become a celebrity assistant and establish connections with Qin Zhou through hard work was all in hopes of getting in touch with her idol.

In the end, she had just gotten promoted to the manager’s assistant when he and the superstar ended their contract.

She was petty and suspected that the superstar was chased away because of this artist, who had begged to be boosted!

As the manager’s assistant, she saw how close the superstar and this actress were. She then saw his admiration for her in ‘The Love Diary’ and could no longer take it!

On the spur of the moment, this assistant decided to make use of some dishonest practices to teach the actress a lesson!

Fortunately, she was still timid and only dared to tamper with his charge’s beverage, so things had not been blown out of proportions.

Still, Qin Zhou trembled in fear at this!

He thought of how it was someone by his side who had caused such a disaster. Things were not serious this time, but if this person had been more brutal and really poisoned his charge, then the actress…

The moment he thought of this, he could not bear it any longer. He shouted for someone to teach this assistant a good lesson.

To be able to mix into this industry, the man naturally had many tricks up his sleeve. Just by pulling out a few of them, this assistant had become docile and obedient instantly.

The moment the assistant walked into the actress’s room, she knelt in front of her in tears and kowtowed to her.

“I’m sorry! I’m sorry! I shouldn’t have harmed you! It’s my fault; I am the heartless one. Shishi… I’m sorry!”

The artist was unable to react in time regarding this situation.

“Were you the one behind this?”

The person nodded with difficulty, her eyes all red and swollen as she avoided her gaze.

The corners of the artist’s lips twitched coldly, yet she did not say anything superfluous.

“Later, when we return home, I will send her to the police,” her manager promised.

“Are you planning to forgive her just like this? We can’t let her off so easily!” he said disapprovingly.

Her reply was nonchalant, though. “At most, we can let her have a taste of what it’s like to get food poison!”

A tooth for a tooth, an eye for an eye.

Hearing this, the man smiled. He then turned to face the assistant, who refused to raise her head. “Did you hear that? Finish what’s left of the drink you gave Shishi yesterday!”

The drink the actress had yesterday was still in her bag. There was half a bottle left. The former only drank a few mouthfuls, but she already vomited to the point of collapsing. If she was going to finish the remaining half of the huge bottle, would she not be tortured by endless diarrhea and vomiting?!

She might even lose her life at this rate!

She would rather be sent to the police!

“Why? Are you not willing?” The manager glared at her in anger.

Petrified by his intimidating gaze, she nodded repeatedly and took out the bottle from her bag in front of everyone. She opened it and finished the remaining content in one gulp. 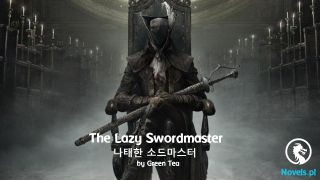