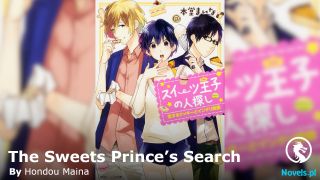 Little Yichen quickly reassured her, “Mommy, don’t let your imagination run wild! Didn’t Uncle say that he hasn’t found him yet? This means that Youyou is still alive…”

Yun Shishi sucked in a deep breath of cold air. She slowly squatted on the ground and wrapped her arms around her knees as she said in despair, “Little Yichen, Youyou has fallen into the sea. No matter how many people we send to search for him day and night, it’s like trying to find a needle in a haystack. The sea is so big, and it’s thousands of meters deep. After 72 hours, do you think that Youyou will be safe and sound? Will he… really be fine?”

Little Yichen remained silent for a moment. Even he could not guarantee that Youyou would be fine.

But he had been waiting.

Waiting for a miracle!

Yun Shishi held her forehead in despair. “For the past three days, I’ve been lying to myself that Youyou will be fine, Youyou will definitely be safe… but… I can’t lie to myself anymore…”

She finally broke down as she knelt on the ground. Tears kept flowing out of her eyes and down her cheeks. She cried pitifully, “It’s my fault… It’s all my fault… No matter what he said back then, I shouldn’t have… let go of him…”

He did not know what to do either! The news of Youyou’s disappearance was like the end of the world to him. However, he remained firm and did not dare to break down because he still needed to take care of his mother and sister.

What would happen to Mommy if he caved?

Yun Shishi was the same.

She had been lying to herself all along, believing firmly that Youyou would be safe and sound. No one dared to give up easily. She also knew that if she were to break down, it would be double the pain for Little Yichen and Mu Yazhe.

Gu Xingze’s departure had dealt her a huge blow.

In that period of time, Mu Yazhe watched over her day and night, afraid that something would happen to her. Youyou and Little Yichen were always by her side. She did not want that to repeat.

However, the only thing holding him together was this belief: Youyou will be fine! But three days had passed. Every minute and every second was pure torture.

When she closed her eyes, there were endless nightmares. She started to fear closing her eyes and waking up to bad news, waking up to the end of the world…

Back then, Yun Na and Li Qin were thrown into the sea by Li Dongqiang and did not die.

Gong Jie said that he had already sent the maximum amount of manpower to search for Youyou. He would leave no stone unturned, even if it were thousands of meters below the sea. He had solemnly vowed that even if anything had happened to Youyou and the boy did not survive, he’d find his body.

However, there had been no news for several days. Gong Jie suspected that Youyou was no longer in this area. There were a few islands in the region. He had already sent a patrol ship to investigate. If there was any news, they would definitely be able to find Youyou’s whereabouts.

Mu Yazhe watched the mother-and-son pair holding on to each other, and his tightly clenched fists suddenly loosened. He slowly walked behind Yun Shishi and put his arms around her, heartbroken.

“It’s going to be okay!” He said firmly, “The little guy has luck on his side. He’ll definitely be fine!”