On the other side, Nisse quickly rolled her body, just in time dodging a black crystal coming her way. She hid in the corner and fiddled with her watch to activate the Sober Gemstone program.

“What is it?” Lin Xiao had plunged into a state of dark awakening, and a massive dark force poured into her body, turning the dark side of her out.

She was not Lin Xiao now but should be called Dark Lin Xiao—the dark side of her. Earlier, she was coming down the stairs as the rascals of her neighbors tried to sneak up to her. They exuded an energy that made her feel uncomfortable. One of them even hurled something at her.

“You two little bugs! What do you want to do?” As she lifted her hand and gently tapped it, the dark force that was awakened in the surroundings gathered around her, part of it shielding her front, part of it moving toward Hanyu in the air.

Hanyu felt as if the heavens and the earth were coming down on him. “Now!” But that was exactly what Hanyu wanted. Just like what he had planned, he had attracted Dark Lin Xiao’s entire attention.

In a split second, the Sober Gemstone froze in the air and sucked in the dark force in the surroundings like a whale feasted on plankton as it emitted circles of blue ripple. Now Dark Lin Xiao was within the range of the ripples.

“Done!” Hanyu was delighted, spurting a mouthful of blood as he sensed the dark force in the surroundings easing up. He quickly descended and retreated to join Nisse.

A group of dark force scraped past him all of a sudden, and silent corrosion left behind a one-meter-across pit in the ground. It was bellowing with choking dark smoke, leaving Hanyu and Nisse breaking out in a cold sweat.

“Now we just need to hang on, waiting for the Sober Gemstone to do its bit!” While speaking, Hanyu held Nisse, rolling on the ground to dodge another attack.

“Hang in there! So long as she doesn’t see blood, the dark primordial power in her will not lose control, and we will have a chance!” Hanyu reminded Nisse as he brought her running.

“Let go of my hand, I can handle it!” Nisse gritted her teeth. She had brilliant talent in instruments and rituals, but physically she was a burden.

“It’s all right! As long as we can hold on until the Sober Gemstone starts…” Hanyu shouted using telepathy.

Sensing something was not right, Hanyu’s heart skipped a beat. The two began to struggle in dodging Dark Lin Xiao’s attack as her mastery of dark force increased.

Every second felt like an hour. Hanyu was focusing his entire attention on Dark Lin Xiao, trying to guess from which direction the next dark force attack would come.

Dark Lin Xiao’s eyes looked even more hideous. The fuchsia pattern on her face had spread, looking like some strange monster. Changes to the dark force in her hand were underway. What followed was no longer random hurling of attacks.

“Feeling annoyed? That’s more like it. Lin Xiao, are you ready to kill someone?” Hanyu floated in the air, laughing.

Hold on a bit longer and it will be done soon! Hanyu told himself, his face calm. But deep inside, he was at his wits’ end. He had half-guessed that the Sober Gemstone did not work at all, or at least, it did not work on Lin Xiao.

However, things had come to this stage… As he was doing all he could to attract attention and dodge the dark force, a series of rhythmic footsteps came from outside the courtyard. It was getting closer and closer. Someone whom Hanyu and Nisse least expected to see showed up outside the courtyard.

“Did I not draw him away with text messages?”

Hanyu froze when he saw the person. It was Lin Sheng, younger brother of Lin Xiao. Was he not searching for the treasure now? How could he be here?

“The door isn’t locked?” As Lin Sheng strode inside, he saw Dark Lin Xiao just as she saw him. He was stunned at seeing the fuchsia pattern on her face.

Dark Lin Xiao did not foresee someone would show up at this moment. What was more, this someone was her younger brother. She was now just as stunned as Lin Sheng. The air seemed to become still all of a sudden.

“Run!” Hanyu saw Lin Sheng and lunged at him. He must not let Lin Xiao kill Lin Sheng. If this happened, everything they did previously would be in vain. So, Lin Sheng must not die in the hand of Dark Lin Xiao.

He frantically lunged at him, but it was still too late. Dark Lin Xiao had recovered from her shock, staring at Lin Sheng with a hideous smile as a dark force that looked like shards of glass appeared around her hand. With no warning, she hurled it at Lin Sheng.

“Let me help you get rid of this bondage.”

“No!” Hanyu screamed, halfway toward him, but he was still too slow compared with the speed of dark force.

Nisse watched on helplessly. They had prepared this for so long, yet an accident like this still happened. Her mind went blank. She was at her wits’ end.

The dark force in Lin Xiao’s hand had drawn the air in the entire courtyard as if heaven and earth were crashing down at Lin Sheng. Still standing at the courtyard doorway, a massive force of impact hit him as the invisible impact force and dark force formed into a twisted black ball hurling in his direction.

The ball of darkness smashed Lin Sheng right on his face, dark force sliding down him like running mud. It looked like a kid had smashed his face with a cake, and it was chocolate.

Lin Sheng stood on the spot, wiping the stuff from his face as the other looked on, struck dumb. He was unscathed.

“What the hell are you playing, Lin Xiao? Do you think this is a playhouse, or are you trying to reminisce on your childhood fun?”

He strode into the courtyard, ignoring the dark force in the surroundings. A few dark force crystals got in his way, hit him, and crumbled instantly as if the massive force of dark force was never there.

Still with her hands in the air in an awkward position, like Ultraman about to fire energy beams from its crossed hand, Dark Lin Xiao looked at Lin Sheng, dumbfounded. She thought the ball of darkness she just shot out could blow up a skyscraper, but…

Hanyu and held Nisse up. They were still struck dumb, watching as Lin Sheng walked past them. Lin Sheng came before Lin Xiao and looked down at her.

“What happened to your eyes with that color and the speckles on your face? Are you feeling unwell? It’s okay. I’ve just learned something that could cure everything. Come, let me fix that for you.”

A second later, half of the dark force had gone away with the remaining retreating into Lin Xiao’s body and never emerging again. Dark Lin Xiao had lost miserably.

“Look, you’re definitely sick. Look at you, you look miserable.” Lin Sheng grabbed her and brought her upstairs like a mother cat carried her kitten.

“Lie down and take a rest while I call the doctor. We will see how things go. If your condition is severe, I’ll have to send you to the hospital. Don’t worry, I know one medical center is quite good; those doctors and nurses are super nice. You can come home after you recover.”

He spoke as he went away. Hanyu and Nisse looked on, still struck dumb. As Lin Sheng disappeared out of their sight, everything returned to normal as if nothing had happened before.

“What-What happened just now?” Nisse was wide-eyed, and his mouth was open.

“Nothing has ever happened…” Hanyu’s eyes still glued to the corner of the stairs where Lin Sheng disappeared.

Outside the wall, two men in white, fully armed, were carrying advanced rifles with two rows of special hand grenades hanging from their waists. Looking through the gate at what had just happened in the courtyard, they felt as if it all happened in a dream.

“I think we have gotten the wrong person,” said one of the men, putting down his rifle. He had the feeling that all the preparation for Shackle Array in the surroundings for the past one month was useless. He woke up at four every morning, breaking his back to rig the area within 100 meters in the vicinity with the most inconspicuous magic Circle of Shackles just because he wanted to suppress Lin Xiao’s dark force. But now…

“I’m an idiot.” He broke into a self-deprecating smile. “I really am an idiot.”

His mate patted him on the shoulder, trying to say something. His mouth was opened, but he could not find the words. They felt each other. Standing on the spot for a long while, they finally turned around and left quietly.

Life was full of surprises. It was just that today’s surprise was a little too scary. 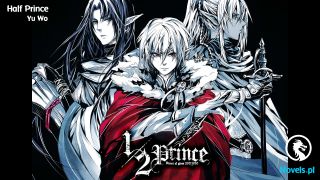