Their hands touched. Within a split second, his mind exploded as if thousands of stun grenades went off at the same time.

The explosion seemed to rip apart his consciousness, escaping through different connections into different directions in the outside world. He saw the Night Lord, the Steel Lord, Kahula, Tenko Kasumi, and many other men under his commands. He saw half of their souls belong to him. At that moment, he realized that the set of armor represented the convergence of the souls of all the men under his command.

Lin Sheng got it. He held the armor firmly in his hand. His body started to dissolve and come together with the armor in his pitch-dark world.

In the real world.

Lin Xiao was jolted out of her sleep. Sitting in bed, she wiped the sweat off her forehead and found her body drenched in sweat.

Moonlight sprinkled down behind the cloud and mist, which reduced its brightness at least by half. Lin Xiao got out of bed. Taking the water tumbler from the table, she gulped down a mouthful.

“I’ve been dreaming the same thing every night. Is it a sign or what?” she mumbled to herself. Taking a deep breath, he felt her body aching as if her bones had overworked themselves. He was feeling thirsty and hot. Her body’s reaction to this was the craving for water. So she downed the entire bottle of it.

Lin Xiao felt a little better now. Sorting her sleeping gown and smoothening the creases on it, she went back to sleep.

It did not take long before her breathing softened, slowed down, then maintained at a steady rate. She fell asleep this time.

The moon outside the window had shifted its position. It was two hours later when Lin Xiao shuddered and opened her eyes in bed all of a sudden. A strange shade of purple appeared in her dark eyes, with an unusual pattern shimmering and spinning on it.

She sat up, reaching to grab her long hair, gazing at it as if she had seen it for the first time. Letting go of her hair, she pinched her cheeks and looked at her surroundings.

Quickly, she stood up and went in front of the only dressing table and looked at herself through the mirror.

“Weak, helpless, and keeping yourself behind layers of defense. Not going forward and pursuing any power… this kind of me is just too stupid! Not knowing there is a massive dark talent inside me is just outrageous. Such an extraordinary body should belong to me.” As the corners of her mouth curled up in a creepy smile, a crack silently appeared on the dressing mirror.

At the Divine Pillar on the Nightmare Plain, everything returned to normal.

At where Lin Sheng was sitting, aside from the energy from his Wheel Dark, no other energies were present. Still sitting at the same spot, he looked just like an ordinary folk. He sat still. Nothing suggested that there was any supernatural power in him.

As time ticked away, the sky was changing its color. The red atmosphere began to dim. It was nightfall. Other than the floating islands that were still burning and illuminating the sky with its furious red, there were no other sources of light in the entire heaven and earth.

Another hour had passed. Lin Sheng finally came out from his immersion. His consciousness was back in the surroundings.

“Other than my soul power, the rest of the powers had burned out, turning into fuel to purify my body and soul. It should be fine now,” he thought to himself.

Opening his eyes, he checked his body condition. It had achieved a terrific level of purity. His massive, pure soul power was resonating perfectly with his body. It flew and worked with no hesitation.

The previous powers that Lin Sheng had accumulated had burned away, and in exchange, he got something in return. His body was crystal-clear. It was the purest moment since birth.

“I need to compress and refine as quickly as possible. Otherwise, the outside pollutant will contaminate my new body over time.”

The longer the time, the more difficult it was to maintain purity at its purest. Lin Sheng had to take advantage of the protection from the Dark Wheel to control his soul power consciously and start to increase its concentration. The process was simple.

Shielding himself from external inference with the Dark Wheel’s energy, he clapped his hands and directed his soul power to his hands and compressed it in between his palms. Since he had experience in controlling the Chaotic Soul Power, he could make light work of it at first. As directed, his soul power gathered in between his palms into a small ball. But soon, a problem arose. Too much of the soul power compressed together, it began to skip through Lin Sheng’s fingers.

“The control isn’t adequate. I need a vessel that receives but not leak.” Lin Sheng frowned. He started to rummage through his massive bank of memories, a wealth that he accumulated by absorbing a massive number of soul fragments. Even now, he had not finished studying all the details. Regrettably, he could not find anything that could teach him to maximize his soul power’s potential. Soul power was something elusive, something that the average beings had no access. Let alone cultivating it.

“Since this is the case, I will need the help of the Dark Wheel’s power. If I could do it quickly, the power from the Dark Wheel would not contaminate the soul power.” Here goes nothing.

Opening his eyes, he started the power of the Dark Wheel. As Wards were activated, layers of sealed barriers appeared around him. He then manipulated the barriers into the shape of a giant sphere.

“Contract!” Lin Sheng controlled the sphere as it started to contract. Letting the barrier shrink until it nearly touched his skin, he directed it to stop. “Compared to the power of the Dark Wheel, mine is like a child’s play, just slightly better than that of the average Palatinates. But it’s a good thing, though. At least the Dark Wheel could perfectly suppress me.”

For good measure, he started to add another layer of protection on top of the existing one. It was for added security. He might have to spend a long time cultivating. A safe and secure environment was essential.

After adding a Ward of Defense, he further topped it up with a Ward of Illusions so that monsters on the outside would not be able to see him. He did not fancy Ward of Illusions because he liked to kill his opponent directly more. But in a time like this, its usage was the most appropriate. 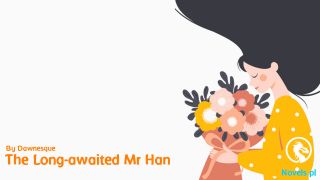