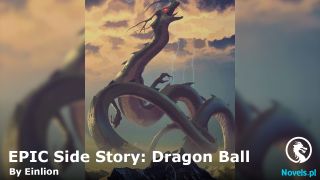 “How am I to walk my own way if I keep borrowing yours?” Lu Yun took a deep breath and flung out his arms. Immeasurable, pure silver light blossomed from his body with an air of pacifying the world and mapping out all things.

It was the presence of order!

This was the path that Violetgrave had once pointed out to Lu Yun. It’d only ever existed in theory since no one had been able to successfully walk it. The order of hell dao!

The Hadal, Nether, Sanguine, Nihil, and Abyssal Hells had been present long ago, but a great dao that tied them together had never operated—because the most fundamental order of hell had yet to appear.

Lu Yun built the Disordered Hell once the hell of order manifested, fully evolving the sixth hell. Hell dao formed only when the six were complete. This was Lu Yun’s dao. The six hells projected images into the void around him and slowly revolved around the young man, enveloping him with their presence.

He blasted out with a punch. Hadal Hell Dao wasn’t a great dao, but a tremendous combat art! An art that took the name of dao!

The localized world of immortal dao trembled as the immortal dao that’d been swallowed by sea dao exploded forth, recoiling onto sea dao and tunneling out of it. Lu Yun’s punch smashed right into the Sea Lord’s bident.

The latter never imagined that Lu Yun’s battle strength would increase more than a hundred times after he lost his sword and his sword dao was broken. How was this possible?! He’d felt that Lu Yun was a decently capable young man, despite the fact that the lad still couldn’t match him even when bolstered by the six orders of the highest degree.

This punch, however, rewrote the Sea Lord’s understanding of the situation.

The punch dented the metal bident and smacked it onto the Sea Lord’s face. Blood sprayed out of his face; his nose caved in from the misshapen pieces of his weapon. Lu Yun’s second punch arrived before he had a chance to react.

It was a similarly shaped punch, this time accompanied by images of the Nether Hell. Instead of being pure Nether Hell dao, it was overlaid with strength from the Hadal Hell. This second move was the two combined!

The second punch crashed into the mangled bident and once more smashed it into its owner. This time, it was left embedded in the Sea Lord’s face as it’d broken the lord’s bone structure. Startling blue blood gushed out as the Sea Lord flew backward. He made this move of his own accord; it wasn’t a result of Lu Yun’s actions.

He did so out of self defense—if a third punch arrived from the young man, it’d smash his head apart. Losing his head meant losing the ability to fight back and being at Lu Yun’s mercy.

As he rushed backward, the Sea Lord flung his bident at his opponent.

Lu Yun was about to rush forward in pursuit when he saw the twisted piece of metal hurtle at him. He screeched to a halt and barely managed to evade the lethal counterblow.

The bident exploded into dense fog and enveloped the world of immortal dao that was thirty thousand kilometers across.

“Heh,” Lu Yun dismissed the combat art on his hand with a chuckle. “To think that the vaunted Sea Lord is capable of only this much. I beat you as soon as I released a combat art of hell dao?”

“Beat me? Little guy, it’s incredible how preposterous your boasts are,” the Sea Lord’s contemptuous voice echoed from all sides.

“The truth says otherwise, despite your unwillingness to accept it,” Lu Yun sneered. “If you don’t accept what’s before your eyes, why have you integrated your sea dao into immortal dao?”

Lu Yun frowned while Jian Bu’er, Dongfang Mo, and the Demonic Vine looked at each other in alarm. They’d never imagined that someone like the Sea Lord would set aside his dignity and sneak into Immortal Nation to surreptitiously learn formula dao!

For those of their status, they directly transacted with the other party if they wanted to learn another dao. They would trade dao for dao and never steal knowledge like this. This kind of karmic repercussion was terrifyingly frightful—on par with that of life and death. If such consequences backlashed onto them, they would be doomed beyond salvation.

“Through formula dao, I have learned that your current strength is completely a result of the six orders of the highest degree. Once the new Immortal Myriadtree finishes growing, it will entirely replace the old and dismiss the power of the Six Royals. Your strength will also retreat to World Manifest and this world of immortal dao will dissolve,” the Sea Lord recounted with glee. “That process will be much quicker than the time needed for sea dao to fully meld into immortal dao. In other words, this world of immortal dao will wink out of existence before it fully assimilates my sea dao.

“Formula dao is a dao beneath the immortal dao and subservient to it. That I’ve offered up my dao to the immortal dao means the same for sea dao, so naturally, the karmic repercussions of me secretly learning formula dao are a non-issue. It has nothing to do with me that immortal dao lacks sufficient time to absorb sea dao. That is immortal dao’s problem and my my, it is such a pity that the karmic relationship will end itself!”

The Sea Lord was immensely intelligent—after he learned formula dao, his schemes were further perfected.

“Shameless!” The Demonic Vine couldn’t help herself. Her demonic dao was part of immortal dao, so she’d also learned formula dao. Never had she fathomed that the notable Sea Lord would use this kind of method to evade the consequences of his actions!

It was the height of pettiness.

“All of you will die after this world of immortal dao fades away. Since you’ll be dead, who will know what I’ve done here?” the Sea Lord continued. “And even if that group of idiots outside learns of my actions, so what? Once I refine Myriadsea World into a world of sea dao sequence, they’ll die as well. No one will be the wiser once everyone’s dead. Hahahaha!!”

Arrogant laughter rose from the dense fog. After he’d incorporated sea dao into immortal dao, the fog created by the bident was also a fog of immortal dao. Lu Yun would never find the Sea Lord’s primary body in it.

“Are you so certain of what you’ve calculated?” Lu Yun suddenly grinned. “Don’t forget that I created formula dao. I am the ancestor of formula dao in Myriadsea World! Some things are beyond your reach—isn’t that right, Soldier King?” he turned around and addressed empty air.

“Correct.” A man with a frosty expression walked out of the void.

He and his one hundred and eight men were no longer puppets living by the rules of the Army Pagoda. No longer nameless soldiers and their leader, they’d become true living beings. The Army Pagoda had also turned into a spatial treasure akin to their army barracks. These changes could be attributed to Myriadsea World and this world of sequence.

Only here could the rules be reversed and certain actions attempted that would be impossible in the outside world. In the same vein, the Soldier King and others could deploy their full strength as they weren’t restricted by any rules or laws.

After obtaining the Myriad Spirit Root of the World, Lu Yun split it into one hundred and ten parts. He used one part to refine a replica for himself, then used the rest to fashion bodies for the soldiers and king soldier. He wielded the Tome of Life and Death. Thus, it was a walk in the park to resurrect them in this fashion.

When the Soldier King and his men appeared, their overwhelming aura swept through the world of immortal dao and brushed away the dense fog. The Sea Lord was revealed in full.

“What are God’s soldiers doing here?” Jian Bu’er knew about God as well!

Wow, why do they know God? And this Sea Lord is pretty damn crafty.