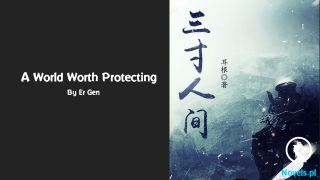 “The divine families have shut themselves off.”

News spread. After Long Aotian fled, the divine families also brought away Feng Fei, Ye Liangchen, and Jiang Wuchen. All of them had retreated to their territory and shut the spatial channels connecting them to the continent.

However, this news wasn’t important. This was all within expectations.

“The invading armies from the Yin Yang World, Devil Spirit Mountain, Resentful Death City, and the newly opened demonic beast battlefield in the Southern Xuan Region have all retreated.”

This news was also within expectations. The High Priest and the others all understood why this was happening.

Although their enemies hadn’t managed to take the karmic luck pearl, their interference had caused it to be destroyed. As the Martial Heaven Continent could no longer give birth to a Sovereign, there was no need for them to press the attack at this time.

Time was actually on their side now. Each of their worlds would have a Sovereign, and they would trample over the continent.

Long Chen’s eyes were shut, and his aura was gone without a trace. As even his spiritual fluctuations could not be sensed, Meng Qi and the others were all pale with worry. They watched as the High Priest pressed a hand on Long Chen’s forehead.

“No need to worry. He is in a special recovery state. There is no danger to his life,” announced the High Priest, allowing everyone to relax.

All the lightning dragons had benefited immensely this time. The energy of the divine lightning in this tribulation was enough for them to ascend to an even higher level.

At this moment, the Pill Fairy glanced at the slumbering Long Chen and also left with Wan Qing without a word. During the entire process, she had been like a spectator. She hadn’t interfered. It was as if the karmic luck pearl and the Sovereigns didn’t pique her interest.

Within Pill Valley’s divine palace, there were two towering statues. Those were statues of the gods that Pill Valley worshiped, Lord Brahma and Fallen Daynight. At this moment, divine runes were quivering at their foreheads, giving off intimidating pressure. Others didn’t even dare to look at the statues directly, as if the two gods were truly staring back at them.

“Why didn’t you take action? It was such a good opportunity!” shouted Yu Xiaoyun as soon as the Pill Fairy and Wan Qing walked in.

Although he was within the palace, he was well aware of everything that had happened in the Martial Heaven Sea-Ring.

“If you had attacked earlier, before the Heaven Devastating Bracelet, the dragon woman wouldn’t have had a chance to absorb so much karmic luck. With the support of both gods, you would have had at least a forty percent chance of becoming the Sovereign. Instead, you stood there like a blockhead! What were you thinking?!” roared Yu Xiaoyun furiously.

In the face of her father’s roaring, the Pill Fairy was completely indifferent. She didn’t even look at him. Instead, she walked over to the divine statues and kowtowed. Without looking back, she said, “Remember, you might be my father, but you also are the gods’ servant. I am the gods’ daughter, so pay attention to your words. This matter is going all according to the gods’ arrangements. I do not need to report any of my actions to you!”

The Pill Fairy was just as cold to her own father as if he was a stranger. Yu Xiaoyun was ashen but helpless to retort. Although he had also been blessed by the gods and advanced to Heaven Merging, he was not qualified to speak with the gods.

That was why whatever the Pill Fairy said was what happened, and he had no right to interfere. He was infuriated that the Pill Fairy had not tried to take the karmic luck pearl, but his sharp words were returned right back at him by her.

In front of these two divine statues, even if she was his daughter, he couldn’t be rash. Her status was completely different. To put it frankly, he was also a servant of the divine daughter.

After that, Yu Xiaoyun left and Wan Qing stood behind the Pill Fairy. As the palace descended into silence, the Pill Fairy stared at the two divine statues. No one knew what she was thinking.

Long Aotian furiously smashed apart a table beside him. “That Long Chen! If I obtained the karmic luck pearl, I could have condensed two immortal flames and become a supreme immortal sprout! Now it’s all been ruined by that wretch! Who was in charge of that matter back then?! Didn’t they say that he was definitely dead?!”

Only a few core members of the Long family and Long Aotian’s mother were gathered within this hall. They were all gloomy.

“Are you all trash? Didn’t you all guarantee that he was dead back then? Explain yourselves!” demanded Long Aotian’s mother.

Everyone present had participated in that matter back then. It had been a huge affair, so they had even killed some of their own people who were implicated in it.

However, the person that should have been killed for sure now ended up alive. Not only that, but he had also become the Martial Heaven Continent’s strongest expert of the junior generation and an existence acknowledged by all five Sovereigns. This fact drove Long Aotian’s mother crazy.

“Talking about that is meaningless now. Long Chen can no longer become Sovereign. As long as Aotian becomes one, Long Chen will sooner or later be killed. The top priority is for Aotian to become Sovereign before the experts from other worlds, otherwise, the star-field core will be taken by them first. Once it’s taken, the efforts of many generations of us will have been wasted. The blame for such a thing is something that none of us can afford to take,” said the Long family head.

“That’s right. Aotian, don’t think about all that right now. Everything is going according to plan. First, go to the Heavenly Flame Demon Domain to become Sovereign. That’s the foundation that we’ve been preparing for sixty thousand years. You have to be the first to become Sovereign. Then you can unite the Martial Heaven Continent and defeat the experts from other worlds. There is still a chance for us. Even if we can’t have a double Sovereign, just the core of the star-field is enough for you. With it, upon ascending to the divine world, you will be treated like a king,” said Long Aotian’s mother.