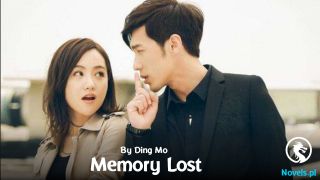 With everyone in the life and death spring, they couldn’t dodge. It was unknown what origins this spring had, but after entering, their bodies naturally entered a cultivation state. They would have to leave in order to enter a combat-ready state.

By the time they charged out of the spring, their attackers had fled. They seemed to have transportation discs on them that brought them away as soon as they fled.

The only way for them to effectively cultivate here was to enter a state of forgetting everything else. It would take far longer now since they were furious after being attacked.

“How hateful. They’re slowing us down while they go in search of treasures,” said Tang Wan-er.

“Cloud, why don’t you guard this place. Kill anyone who approaches,” said Meng Qi. With Cloud’s speed, those people would be killed as soon as they got close.

“No need,” said Xia Chen. “They have transportation talismans that will make speed useless. Guo Ran and I can set up a formation to kill them. I’ll need three thousand people to help me.”

Xia Chen and Guo Ran set off with three thousand Dragonblood warriors to set up a formation. Long Chen ordered everyone not to fall for it. They had to calm down and use this place to advance to the fourth step.

Xia Chen and Guo Ran got to work, but halfway through their setup, another batch of disciples from the ancient family alliance attacked.

However, as soon as they appeared, a batch of bombs that Guo Ran had set up exploded, blasting them to pieces. Following the explosions were some poison arrows. Even those in control of life and death energy couldn’t ignore that poison.

That batch of sneak attackers were blocked and only managed to launch a few attacks from a great distance before fleeing. But still, quite a few people were disturbed from their cultivation state, flames of anger surging in their eyes.

On the other hand, Long Chen was already in his cultivation state, his divine ring open behind him. The life energy poured into him.

Several attacks were aimed at Long Chen, but Meng Qi, Chu Yao, Tang Wan-er, and the others blocked it for him. They had decided to stand guard over Long Chen so that he could advance first.

As Long Chen absorbed the life energy, he tried to bring some of the springwater into the primal chaos space. But he was disappointed to find that once it exited this world, the springwater’s energy completely vanished.

His thought of bringing the entire spring away with him was extinguished. He could only focus on cultivating. Others were absorbing it slowly, but he was sucking the life energy in crazily.

Suddenly, blinding rays of light lit up from the distance. Runic swords pierced through the air, slaughtering a new batch of sneak attackers.

Xia Chen’s formation was complete. He was standing guard, not even giving the sneak attackers an opportunity to attack.

Several more attempts occurred, leaving behind batches of corpses on the ground.

Just as it seemed that the ancient family alliance’s disciples had given up, Corrupt experts came charging at the barrier recklessly. Using their own comrades’ lives as shields, they managed to tear an opening within Xia Chen’s formation and charge in.

These Corrupt experts were practically crazy. They launched a few attacks, and seeing that they couldn’t escape, they decided to kill themselves in self detonations.

These experts that had reached the fourth step were too powerful. They needed more people if they wanted to keep them out.

At the same time as he was infuriated, he was shocked. If the Corrupt path and the ancient family alliance had left their main forces here, they would probably have been wiped out.

Another three thousand Dragonblood warriors joined in. Xia Chen clenched his teeth and took out even more formation discs. In the end, the formation became a solid shield that blocked over ten further attempts at breaking through.

Suddenly, the spring began to shake. Countless bubbles began to float out of it. It was like it was boiling.

“Boss has balanced his life and death energy. He’s ready to break through!”

A vertical line appeared within Long Chen’s divine ring. On the left side it was black, and on the right side it was white. Neither side was able to enter the other. This was a manifestation of reaching a balanced state of life and death energy. However, for others, this kind of phenomenon would occur within their Heavenly Dao manifestations. But since Long Chen wasn’t an Empyrean, it occurred within his divine ring.

At this moment, Yue Zifeng, Ye Zhiqiu, Chu Yao, Song Mingyuan, and the others also began to enter this state.

“Long Chen, don’t even think about reaching the Samsara realm in this lifetime.”

Tian Xiezi’s aura was completely different from before. His manifestation had changed at its source. It was no longer illusory but real.

The statue within his manifestation felt like a god. A feeling of inferiority and insignificance infected people’s wills.

“Long Chen, did you think that we would allow you to advance to the fourth step just like this? How naive. We were unable to break the laws of the Yin Yang Spirit Spring, but we won’t be allowing you to take advantage of it. All of you will die today. Are you prepared?” asked Tian Xiezi disdainfully. He was just like a god looking down on them.

Long Chen exited his cultivation state. As his body slowly rose in the air, Evilmoon appeared in his hand and scales were covering his entire body. “You actually gave up your chance to search for treasures to disturb me?”

Tian Xiezi suddenly laughed as if he had heard the world’s funniest joke.

“Long Chen, I didn’t think that you were so stupid. Do you not realize what kind of situation you are in?”

Tian Xiezi’s spear suddenly twisted toward Long Chen. Although it was just a casual flick of his wrist, Long Chen’s expression changed. He was forced back several steps.

Tian Xiezi laughed. “Hahaha, now do you understand? In this state where your Yin and Yang are completely balanced, your own life energy and death energy are countering each other. In this state, you are unable to achieve Samsara. Your current power has now dropped to less than eighty percent. What are you going to use to fight me now?”

Guo Ran and the others all started. They didn’t know about this problem. With Long Chen weakened and Tian Xiezi having advanced to the fourth step, a huge difference had been created between them.

Long Chen smiled and indicated for everyone not to worry. Looking at Tian Xiezi, he said, “Call out that fellow from your Corrupt path. You alone are unable to kill me.”

Tian Xiezi sneered. He raised his blood spear. “Long Chen, you’re too conceited. I have awoken my manifestation, Corrupt King Overlooks the Heavens. Killing you is simple.”

The instant he stated the name of his manifestation, the statue behind him quivered and breathed out a wave of evil air. In that instant, he seemed to be a disciple of a god, a representative whose will came from their god.

“Hahaha!” Long Chen also laughed, his laugh full of disdain. “If you really had that ability, you wouldn’t have been hiding like a dog here waiting for me to balance my life and death energy, right?”

Tian Xiezi’s expression sank. It was true. He had been hoping to have a real fight with Long Chen. He wanted to use his power to beat him and wipe away his previous humiliation.

However, a certain person refused to allow him to do that, forcing him to wait until Long Chen was weakened. Tian Xiezi was infuriated, but he couldn’t retort.

“What is it? It seems you feel aggrieved. Don’t tell me that the arrogant Tian Xiezi that once swept through the world has now become someone’s dog?” said Long Chen lightly, seemingly seeing through Tian Xiezi’s inner heart.

“Fuck off!” Tian Xiezi furiously stabbed his spear. It was like the fang of a fiend, containing a powerful curse as it stabbed toward Long Chen. A sharp sound made people clap their hands over their ears. Right off the bat, Tian Xiezi had used one of his sharpest killing blows.