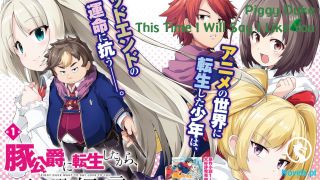 “Oh? Isn’t that the fellow who cried when he failed? Why is he back?”

“He’s smiling? And looks confident? Did he really go crazy?”

“Who knows? There are always a few people like that with every test. I’m used to it,” said someone disdainfully.

It seemed that this speaker didn’t realize that his words were telling everyone that he had failed many times.

The line was incredibly long. On the Martial Heaven Continent, he would arrive at the end of the continent with a single step, but here, it took him an hour of walking.

When his pace was fast, he began to pant slightly. His chest hurt, forcing him to slow down.

He had just ascended to the immortal world, so his mortal aura had yet to transform. Absorbing too much immortal spiritual qi at once would hurt.

However, he quickly saw a large tablet up ahead. It was a jade tablet around ten meters tall, and light flowed on top of it. He then pressed his hand against this tablet.

This was the jade tablet for the High Firmament Academy’s disciple recruitment. Just by pressing a hand against it, one would obtain all the information needed. When Long Chen had asked someone about how to register, that person had told him of the jade tablet’s existence.

When his hand pressed against it, a large amount of information flooded into his head. Countless characters also branded themselves in his mind.

“They’re actually immortal characters, and they’re teaching us these for free?” Long Chen was startled. On the Martial Heaven Continent, such a spiritual inheritance cost quite a bit of energy to maintain, so only important inheritances were transmitted this way. Such an inheritance cost a fortune for ordinary sects.

However, here, it was like it was free. Not only did he get the information he needed, but the basic immortal runes were also part of this inheritance.

However, these immortal characters were all basic, which was why they were free. They only taught a bit about the High Firmament Academy’s history, foundation, inheritance, and rules.

This general information was very detailed only when it came to the registration process for disciples. This place held trials once every thirty years, and anyone under three hundred years and whose cultivation base had reached the peak of Mortal Transcendence could participate.

“Going from mortal to immortal, ascending to a higher plane. That should be the case. The immortal spiritual qi here is probably enough to directly blow apart a Netherpassage expert,” thought Long Chen.

Age of three hundred years as a cut-off for disciple recruitment was unheard of on the Martial Heaven Continent, but here in the immortal world, it seemed to be normal.

Of course, on the Martial Heaven Continent, the Heaven Merging realm was the absolute apex. Here, it was only the minimum requirement for the trial. That was only natural.

Long Chen looked back at the endless line and the slow rate of advancement, and he got nervous inside. It seemed that the waiting would be a bit long.

“Excuse me, pretty lady, may I ask how long you’ve been waiting here?” asked Long Chen to a gentle-looking woman in line.

Perhaps it was because his tongue was sweet that she happily replied, “I’ve been in line for three months. I estimate that it’ll be my turn around half a month from now. Little brother, you’re an ascender from the lower world, right? You probably don’t have any immortal crystals. Do you want big sister to lend you some? You can register that way.”

This woman was quite kind. Long Chen’s heavy mortal air showed her that he probably wasn’t born in the immortal world.

Those who ascended from the lower world were particularly poor because the things that they brought with them were all worthless here. Seeing his shabby and broken robes, the woman couldn’t help feeling pity for Long Chen.

Hearing the woman’s words, quite a few people side-eyed Long Chen. It had to be known that the fee for this trial was not cheap. This woman was actually willing to lend him such a large sum.

“Many thanks, big sister. I am just curious though. I’m still not sure if I’m going to participate in these trials,” said Long Chen gratefully.

“There’s no need for you to participate. It’s not like you can pass. Don’t waste those immortal crystals,” sneered someone.

It was unknown if this person was just jealous or if he fundamentally looked down on ascenders, but he seemed to truly dislike Long Chen.

“You…!” The woman’s expression sank slightly. For her to be willing to help Long Chen was a matter between the two of them. Hence, for someone to interject themselves into her matters angered her.

“Big sister, it’s alright. For you to quibble with trash like this is a loss of your status.” Long Chen waved it off. He had seen far too many idiots like this to bother with them.

The wait time of three and a half months was too long, and he didn’t have that much time to waste. He was thinking of another way to directly enter the academy.

“Who are you calling trash, you lower world degenerate?!” cursed that person angrily.

Long Chen instinctively, without any hesitation, slapped that guy in the face. As a result, half of that guy’s face exploded and blood splashed. He then tumbled back, half his teeth flying through the air.

The surrounding people jumped. Long Chen looked worn down and weak, but he was quite vicious.

“The immortal world’s people really are different. I was actually worried I would kill him.” Long Chen himself jumped. This slap was instinctual, so he only reacted enough to pull back half the force.

Despite that, its power was astonishing enough to explode half of this guy’s face. Fortunately, his skull was intact. This fact showed Long Chen that those of the immortal world truly had tough physical bodies.

“You!” That person furiously shot up. However, before he could charge at Long Chen, he once more spun and fell, coughing up a mouthful of blood.

Long Chen’s slap had caused internal injuries to him. As soon as he tried to use his power, a rush of blood came over him, almost knocking him unconscious.

“Who is making a ruckus here?”

At this time, two disciples of the High Firmament Academy in silver armor walked over.

Upon seeing them, Long Chen’s heart shook. These two possessed powerful auras, not at all inferior to that middle-aged Nine Underworld Hunter.

Just the disciples guarding the gate were already so powerful. The High Firmament Academy was truly strong.

“I was asking some questions. After that, he cursed me and I slapped him.” Long Chen shrugged and reported what had happened.

The disciple who had spoken frowned slightly, looking from Long Chen to the other man. After that, he coldly said, “Both of you are stripped of your qualifications to attend the trials.”