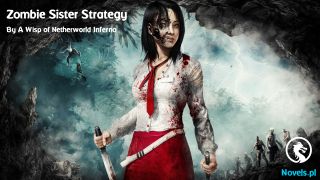 “Mian, leave me here. We’ll attract attention if we run together. You go first while I distract them.”

“You know I won’t leave you behind.”

Huo Mian didn’t have the energy to get angry at Su Yu’s plan.

She just looked at him calmly; she’d never leave him behind. She had never done that before and wouldn’t do it in the future.

“Listen to me. You’re pregnant and you must think of the baby. Ahem.” Su Yu began to cough violently.

Huo Mian helped him up carefully.

Due to the residue effect of the strong anesthetic, Su Yu couldn’t muster any strength.

In a short period, Su Yu had suffered from an aphrodisiac and an anesthetic, which weakened him greatly.

“My baby wouldn’t want his mommy to be a coward and dump his Uncle Su Yu.” Huo Mian smiled.

“It’s not dumping. One death is better than two, no, three deaths.”

“No matter what you say, I won’t leave you behind.”

Huo Mian refused Su Yu’s plan and turned to get a glass of water for him.

Then she told him what had happened, “My husband and Yan are here to rescue us. That woman hurried out. Su Yu, I met that woman a moment ago. The creepy thing is she looks…”

Remembering what had just happened with that woman, Huo Mian still felt fearful.

But before she could finish her sentence, the door was pushed open with a bam.

Zhao Qingya appeared at the entrance with a black leather whip in her hand.

“Whoa. You two still have the mood to chit chat so lovingly at this moment?” Zhao Qingya smiled sinisterly.

Wearing in a low-cut orange dress, she walked in slowly. One had to admit that her taste in clothes had deteriorated.

Probably because of the drugs she took, her face looked much older than other women of her age.

Maybe Mr. Y’s taste was so creepy that it influenced her sense of beauty.

Anyway, she lost all her elegance that she had had as a star at Imperial Star; she dressed like a prostitute now.

But Huo Mian wasn’t afraid. Compared to Zhao Qingya, the woman resembling her was scarier.

“Zhao Qingya, we can work together,” Huo Mian said slowly.

“What? Did I hear you wrong? Huo Mian, did you say you wanted to work with me? Hahaha.”

With the whip in her hand, Zhao Qingya raised her head and laughed hysterically.

“You didn’t hear it wrong. I want to work with you.”

“I’m intrigued. I want to know how you, two prisoners, want to work with me?”

Zhao Qingya looked at Huo Mian and Su Yu in contempt and hatred.

“Zhao Qingya, don’t pretend with us. I know you’re no more than their dog, a dog which must live on the mercy of your master. When your master is happy, you might get a bone; if she’s not pleased, you’d live a life worse than death. Do you like to live like this?”

Hearing her words, Zhao Qingya’s expression changed a little, surprised that Huo Mian had seen through her pretense.

“Instead of living this way, you can try your luck and have a new life.”

“By the new life, you mean…” Zhao Qingya looked at Huo Mian.