“He absolutely agreed to it…” Pudding was playing Tai Chi with words with him.

“I don’t believe you! Don’t try to take advantage of me because I didn’t study that much… Pudding, do you know that children who lie will be spanked?”

Tang Chuan and Su Yu were best friends. It was impossible that he wouldn’t know if Su Yu got a new girlfriend. Tang Chuan had also witnessed how captivated Su Yu was with Huo Mian the past few years. He could not simply believe that Su Yu would fall so easily for Qin Chu’s little sister, as that would mean Huo Mian would become his sister-in-law.

Even retards wouldn’t do something so stupid.

“Although this is my personal preference and the two have not yet officially started dating, I will use all my powers to make them a couple. Thus, Uncle Tang, please leave this picture and continue your flirting with girls elsewhere…”

Then, Pudding held onto Qin Ning’s hand and led her out.

Qin Ning felt rather embarrassed by Pudding so she had looked down as she walked away. When they passed Tang Chuan, she had to cover half of her face.

He probably needed to go to Su Yu’s house tonight and have a chat with him.

- Meanwhile, at South Side Recuperation Centre -

Five minutes had passed since Huo Mian came out of the surgery room.

Sun Dahai’s mother was severely ill and had been wasting too much time at the small hospital. The success rate for her surgery was very low.

A few experienced neurosurgeons invited Huo Mian to participate in this surgery and they had finally succeeded in performing the operation.

When Huo Mian walked out of the surgery room, it was already past 6 PM.

She was tired and hungry and yet filled with a sense of accomplishment.

How long had it been since she enjoyed being such a workaholic?

She even took time out of her day to post a status post on WeChat. She took a selfie of herself wearing a pair of black-framed glasses and wearing a white doctor’s coat.

She wrote: [It’s been a busy and fulfilling day. I’m very thankful for being able to go back in time.]

Jiang Xiaowei responded, “Love you, Mian. Get some rest.”

Niyang responded, “Sis, keep up the good work but remember to take care of yourself.”

Su Yu had simply liked the post because he didn’t know what to say. Moreover, he was afraid that others would see his comment.

On the other hand, he was afraid that Huo Mian would think he was alienating her if he said nothing so he simply liked the post.

It had been quite some time since he last saw Huo Mian in a white cloak. For some reason, Su Yu felt a nostalgic sense of excitement when he saw her picture.

There was a picture in his mind: the first time he met Huo Mian.

At that time, he was just a spoiled child from the rich Su Family and a bad-tempered patient.

Huo Mian was just a nurse. She was ruthless and always humiliated Su Yu.

A lot had happened between then and now. Huo Mian didn’t forget her dream. She was willing to leave everything behind and go back to being a doctor.

Huo Mian was indeed a woman with a big heart.

Qin Chu commented below, “Doctor Huo, great work. I’m at the door waiting. When you’re ready, come down and we can go eat.”

“Oh my god, so annoying. PDA again! That stupid police officer of mine is doing overtime. He wouldn’t even give me a call…” Zhu Lingling was very jealous of Huo Mian and Qin Chu’s relationship.

Huo Mian took off her white coat and changed into her wine-colored coat. She put on her white cap. Her whole appearance looked very cute.

The moment she stepped out, she saw Qin Chu’s Maybach. He had parked it in a spot she couldn’t miss.

“Chu, how long have you been here?” Huo Mian lightly knocked on the window. 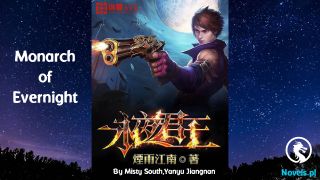