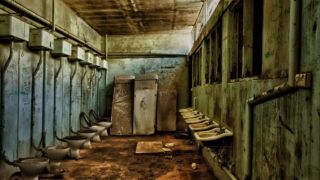 When Lu Yan’s family of four arrived at South Hill Manor, it was already 11:30 PM.

Apart from Lu Yan’s family, there were also a few bodyguards.

They were indeed from a mixed world. They were dressed like people from the underworld.

Huo Mian had seen the Qiao twins many times, but the number of times Little Bean and Pudding saw them was limited.

Therefore, when they saw that these two younger sisters were already twelve years old, they were quite surprised and excited.

After Lu Yan left the incubus, she went crazy looking for Qiao Fei.

Later, Qiao Fei escaped with his own schemes, and Lu Yan finally found him. She was so scared that she immediately married Qiao Fei.

However, because she was still young, they did not have a child immediately.

Two years after they were married, they got drunk on their wedding anniversary and then got pregnant unexpectedly.

After Professor Lu and Huo Mian’s persuasion, Lu Yan finally decided to become a mother and give birth.

No one had expected that she would be able to give birth to two children like her sister, and they were both daughters.

Qiao Fei was overjoyed and immediately became a slave to his daughters.

There were two daughters in her sister’s family. One was Qin Zhaozhao, Qin Mumu, and their names meant eternal company.

Qiao Fei and Qin Chu were very close. As soon as they got back, they went to the study to have tea and chat.

The sisters were very close to each other. Huo Mian prepared supper, pastries, and fruits for her nieces.

Pudding and Little Bean ate with them, so the dining hall downstairs was very lively.

“No, I don’t know where that old man went. But don’t worry, he’ll definitely come to Pudding and Little Bean’s coming-of-age ceremony…” Lu Yan knew her father well and knew that he wouldn’t miss out on such a big event.

Lu Yan really liked this nephew of hers, so her face was full of affection.

“Ah Yao, why aren’t you eating?” Lu Yan pointed at the dining table.

“I want to maintain my figure. I don’t want to follow in the footsteps of my second sister.” Qin Guoguo said righteously.

Lu Yan burst out into laughter.

Little Bean glared at her brother. “Shut up, you little brat! You’re slandering me everywhere! Do you want to die?”

At this moment, Qiao Yuanyuan, who had been silent all this while, added in a serious tone, “That’s right, Little Bean, you’ll soon find out. No one will know if your lipstick is Chanel or Dior, Saint Laurent or Givenchy. No one will know if you have a DG or LV on your waist, whether you have money or a card in your wallet, whether you have a Vacheron Constantin watch or Cartier. However, they can see clearly if your face is big or small, if your legs are thick or thin, and if your butt is round or flat.”

Qiao Yuanyuan’s words pushed the atmosphere to the highest point. Even Pudding, who was usually cold and arrogant, laughed out loud.

Little Bean was the only one left in the room.

“You can’t do that… You guys have been bullying me right from the start… That’s not fair…” Little Bean said, feeling wronged.