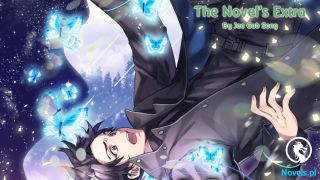 Pudding got up and followed her mother upstairs.

“Let’s change into our home clothes. Don’t dress so professionally. It’s too tiring.”

Huo Mian brought Pudding into her bedroom and found a set of cute green home clothes in her closet.

Pudding obediently changed out of her mermaid skirt and put on her home clothes.

Huo Mian carefully picked up the clothes Pudding had changed out of. “I’ll take them to the laundry room. I’ll put them in your closet after drying them tomorrow.”

“Why are you being so polite with me?”

After Huo Mian came back from the laundry room, Pudding was still in her bedroom, playing with her phone on a couch.

The two girls had been sleeping separately since they were six years old. It was also to train their independence.

Separate rooms were prepared for them at the South Hill Manor.

The room they were staying in previously had become Qin Guoguo’s room.

When Huo Mian returned, she sat down next to her daughter.

“Has your work been tiring lately?”

“It’s okay.” Pudding put away her phone and looked at her mother.

“If you’re stressed, tell your dad to assign some of your work to someone else. Your paternal and maternal aunt, uncle, and Uncle Yang can do it…” Huo Mian always knew that her eldest daughter was a workaholic, and she had a strong career ambition. She was afraid that she would overwork herself. After all, she was still young.

“It’s okay, Mom, I can handle it,” Pudding said nonchalantly.

There was no emotion on her face. She was a child very hard to read.

This was something about her that was even stronger than her parents.

Even though her heart was in turmoil, she would appear calm on the surface.

Sometimes, Huo Mian felt that Pudding resembled her younger self.

However, she didn’t want her to be too much like her. After all, her stubborn personality could be quite damaging to herself sometimes.

After a pause, Huo Mian lowered her head and stopped asking.

“Mom, just say what you want to say…”

Pudding could tell that her mother had something to say, even before she spoke.

“Your Auntie Xiaowei came today and talked to me alone. She said… she doesn’t know what happened between you and Yunchu, but he hasn’t been back for a few years. You know, during the Spring Festival, your Auntie Xiaowei and her family went to America to visit Yunchu and spend time with him… Actually, as elders, we shouldn’t ask about what happened between the two of you… But, Pudding, your Auntie Xiaowei and your Uncle Wei are my best friends. Even if you and Yunchu don’t like each other, you should be friends. Don’t make things too nasty. We don’t want to see that happen.”

As expected, Pudding knew that something that even her mother was reluctant to talk about wasn’t a good thing.

Back when Wei Yunchu left the country and Pudding had a fever, Qin Chu didn’t allow anyone to talk about it.

Now that a few years had passed, everything seemed so peaceful…

But Xiaowei came that day with teary eyes. She said she hoped that Pudding and Yunchu could resolve the misunderstanding.

Even if they didn’t like each other and couldn’t become lovers, they could still be friends.

Wei Yunchu definitely had formed a barrier in his heart. Otherwise, he wouldn’t have stayed away from home for so many years.

Pudding heard from Boyuan that Wei Yunchu had changed a lot. He didn’t like to talk or express himself anymore.

Pudding didn’t know what to do even though she felt bad.

Now that her mother had brought up the past, she naturally felt complicated…

“Mom… between Wei Yunchu and me… it’s not what you think. We haven’t become enemies… Maybe we’re just not compatible… If he comes back to China now, I’ll treat him like a normal friend. Don’t worry, I won’t disregard Auntie Xiaowei’s face.”

“Did things between you and Yunchu become like this because of Tiantian?” Huo Mian couldn’t help but ask.