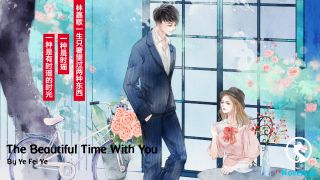 After Lu Qi and the others arrived, the hall was even more lively at night.

Among all these people who did not have to work, some of them played games while some gambled.

In the past, Gu Si had never come across card games, but he was extremely talented in observing and he also had a good memory. He was very quick to get started, so he defeated the people at the table very quickly to the extent that they begged for mercy.

Gu Si looked at the stack of cash by his side and he was all smiles.

Lu Qi felt as if he was looking at Gu Mang No. 2. He swore to never seek ‘torture’ again.

Just then, there was a sound in Jiangsui’s headset. He heard what the other party said and he asked in doubt. “Looking for Sister Mang? At the door? Who is he?”

When everyone heard this, they quietened down and exchanged glances.

It was already 10pm, who would come over at such a time?

“Mr. Lan?” Jiangsui did not know which word that was and he could not figure it out. After a while, he ordered, “Do a security check before bringing him here.”

Gu Si looked at him. “Is someone looking for my sister?”

Jiangsui nodded and called for some people to come over. “Guys, stop playing. Pack up, we have a guest. Si, get Sister Mang here from the research lab.”

“Alright.” Gu Si grabbed a plastic bag casually and stuffed all his money in. Then, he swung the plastic bag around as he went upstairs leisurely.

When he arrived at the second floor, he saw what was going on at the entrance from the corner of his eyes. The subordinate was leading two people over.

Gu Si did not know either of them. He raised his eyebrows slightly and looked away as he walked towards the research lab.

Gu Mang was not done with her experiment. She was observing the experimental results so she asked without even turning, “Mr. Lan?”

Gu Si nodded. “That’s what Brother Jiangsui said. I saw them just now, I don’t know either of them.”

Gu Mang pondered. There was no one whom she knew that had a family name ‘Lan’.

She looked at the watch in the research lab. It was a bit past 10pm.

At such a time…

Gu Mang frowned, but she still removed her disposable gloves and threw them into the trash can. Then, she instructed Yu Mufeng to watch the experiment as she took off her white coat and protective clothing, and hung them in the closet.

With that, she went down with Gu Si.

Jiang Sui was very knowledgeable and knew people well. From the first time that he saw Lan Sha, he knew that he was definitely not an ordinary person, and he did not dare to take him lightly.

He invited the man over to the sofa politely and served him tea.

“Mr. Lan, this way please.” Jiangsui sat on a 1-seater sofa on the other side.

Lan Sha nodded. His tunic suit was very neat and he gave off a pressuring aura. His voice was very cold, “Is Gu Mang already resting?”

“I’m glad I’m not disturbing her rest.” After Lan Sha said this, he never spoke again. He just waited for Gu Mang to arrive.

Two figures, one big and one small, arrived at the stairs.

Lan Sha looked over and put down his teacup. He got up slowly and smiled amicably. “Wow, you remember me.”

Jiangsui and the others got up as well.

All of them had not snapped back to reality after hearing Gu Mang call him ‘godfather’. They all greeted Gu Mang in a stunned state.

Even Gu Si was dumbfounded. He did not even know when his sister had a godfather.

All of them stared at Gu Mang and Lan Sha in shock.

Gu Mang removed her hand from her pocket and changed her sloppy posture. She walked over and asked, “What brought you here?”

“I heard that you took over as the Director of Jijing Island so I came to see you.” Lan Sha looked at her from up to down with gentle eyes, “When a lady turns 18, she really changes. You’re getting even more beautiful.”