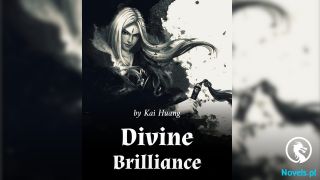 The letters on the sign were written clearly, they were large and there were only the BB's, nothing else. When looking at the said person though, it was a male in a suit. Someone that Quinn didn't recognise at all.

He tried to sense the energy coming from him, from a distance. There was no need to make a scene, definitely not in a train station where there were people around and there was always the worry of Minny.

'Why? I thought I could relax a bit. After that reaction from Yongbu and not going back into the celestial space… Why can't those damned gods just leave me alone.' Quinn thought.

However, he was unable to sense any celestial energy, but from meeting Bliss he knew they could hide it quite well. The only other way to confirm it was if Quinn was able to touch the person. This was the easiest and most direct way for him to sense energy.

Walking over, Quinn took Minny off his shoulders and started to hold her hand, he brought her in close to him, and was careful and on guard every step of the way as he walked toward this person, thinking about what to say or what to do.

After a few steps, another man suddenly appeared right in front of him.

"Hello there Sir!" The man said with a large bow. This man was in black leathers that looked more like a person that was ready for combat, unlike the other people around the area. "I have been directed to escort the two of you to the main base to meet with Leader Andy immediately."

'I guess… he found the person he was looking for and that sign wasn't for me after all.' Quinn told himself. Not really believing his own words.

"I guess I should deal with this first." Quinn said, as he walked with the man and the two of them headed off toward a small space ship together. After seating up, it was time for them to head over to see Andy.

"The leader has told me to treat the two of you like royalty, so if there is anything the two of you need please don't hesitate to ask. I am known as Baron Neil." The gentleman introduced himself.

Quinn didn't say much, his mind was on other things, but Neil was being a good host. As they flew over, he was describing the places, the improvements, and the changes that had been going on on Mars.

It seemed like the vampire corps was doing a lot of things around the other planets. Since the dhampirs and Pure's concentration was more so on the next election and wished to take over the Green's, it allowed the vampire corps to do more than it usually would have done.

However, when going over a certain part, there was a destroyed wall, several destroyed buildings as well, and it looked like a small town had been destroyed.

"What happened there?" Minny asked.

Neil nervously chuckled a little bit. Not really sure how to answear such a young vampire without worrying her too much.

"Mars has been under Horde attacks from beasts for a while now. The waves and attacks have been getting slightly bigger each time. Unfortunately, this town had experienced quite a high level wave.

"They didn't have the power to defend from the attack. Still, everyone was able to get out safely, so there is no need to worry about that." Neil explained.

It was just as Logan had said, Mars was experiencing a beast problem, but according to Logan it wasn't just Mars it was other planets as well. In truth, it was happening to all the humans who were on the beast planets that were discovered during the first Dalki war.

Quinn had little sympathy for humans in a way, because they were the invaders, but in this case it was a different matter. The beasts were actively attacking areas and working together. It was almost as if in the beasts' minds they were in war with the humans over territory on the planet.

In the end, they had made it to a large black Victorian style place. There were castle walls, and inside those walls there were barracks, training grounds, and there was a large square shaped building. It wasn't quite a castle, but it did remind Quinn of the vampire castles in the past.

This was the main vampire corps base that was located on Mars, and currently where Andy presently would be. The spaceship flew over most of the place, eventually heading around the back of the main base where there was a large courtyard of flowers and grass, but there was also a circular centerpiece that was designed for a few spaceships to land now and then.

Surprisingly, waiting for them just where the landing spot was, was Andy himself. As they got off the ship, Quinn smiled towards Andy.

The two of them didn't get off on the perfect foot together when they had met, but Quinn had an increase in celestial points at one point, and he was pretty sure it was because Andy had gone through with his request, of sacrificing blood to a statue.

"Thank you for you help Neil. I can take it over form here." Andy stated.

The three of them walked through the courtyard that was quite a pretty sight, it was full of flowers, nicely cut grass and other things. It was a place where Minny was able to enjoy herself as she looked at everything on display and also allowed for the two of them to talk freely, in peace.

"Logan stated that you had something to speak to me about, and since it's you, I assumed it was important. Unfortunately, I wasn't able to come to you as we have had our own problems to deal with." Andy explained.

"Correct." Andy sighed. "However, they haven't been the only problem we have been dealing with. I'm sure you know about the incident with Pure's Rein, correct?"

Quinn of course knew about it, because he saw the whole thing develop out. It had also only been a couple of days since the development, of what had occurred and the news channels were just catching up with what had occurred.

"You see, now that the main base of Pure has been destroyed, there are many of those that are leaving and looking for protection. Not everyone can migrate to Earth, so that means they have been coming to our place as well.

"However, those from Pure don't exactly like that we are the ones that are helping them in the end. I'm sure you understand the difficulties. It has been difficult inside our towns and cities and outside as well."

Quinn didn't really think about that. But perhaps this situation and difficult time would make it so the two sides would be forced to live together.

"Anyway, please, go ahead with your request."

"I would like you to take me to your father again. Your blood is the only thing that can wake him up, and I believe I have a way to re-energize him and power him again."

Hearing these words, an intense look had appeared on Andy's face.

"I'm sorry, but even if you have found a way to prolong his life or re-energize him, I feel like there Is no need for him to come back. He would only be in pain, and would be obsessed with his revenge like he was before.

"I do not want my father to suffer anymore."

"I understand." Quinn said. "But your father asked me for a favor, and I plan to complete it. I wish for him to be there, and for us to enjoy the memories."

"That's right, I plan to kill the dhampir Queen, so please take me to your father."

Andy paused for second as he thought about everything being said, and then smiled. He thought he could go up against Quinn before, but he had lost last time and felt like he would lose this time as well.

"Very well, I will take you to see my father, but only after the problem is resolved here, if you can help me with that, then I will let you see my father." Andy relief.