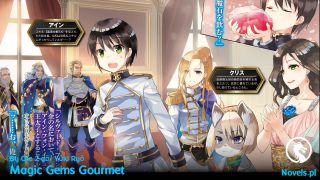 The leaders who were waiting in the back suddenly stood up from their seats as they waited to hear Quinn's answer. They had planned to talk to Quinn after the ceremony to discuss these matters. Muka had even planned a number of things to convince him, but it looked like they were all going to get their answer here and now.

Quinn looked at all of the vampires in the settlement listening to him carefully. They were hanging on to his every word.

In an instant, the vampires started to cheer in joy. If anyone deserved to be the King, they all felt like it was the tenth leader. Not only was he the strongest vampire, but he was also their saviour, someone who brought them together, and those that were the happiest were the vampires from the tenth family.

They had spent years being suppressed by the other families but had felt a change ever since the new leader had appeared. There were hardly any vampires that were alive that could even remember the last time one from the tenth family had been selected as King.

Hearing this, behind the stage in the backroom, watching on the crystal monitor, the leaders heard everything and looked at each other. They wanted to see the reactions of each other. Some of them were left with their mouths wide open. Leaders such as Nicu and Jake were sure that Quinn would have declined.

They were trying to figure out ways to get the absolute blood control back from him. For one, Nicu even had a large crate by his side that contained Arthur's weapon. He thought it would be a good trade if need be. In the first place, although they knew Quinn suited the role of King, they just could never imagine him being one.

The cheers continued, but Quinn wanted to say more. Trying to calm them all down, Quinn started to focus on his Qi and shouted, amplifying his voice over all of theirs.

"BUT!!!" He shouted, silencing them in nearly an instant. "This is if you can accept me as King, as the King I wish to be."

Some of the leaders and knights scrunched up their faces hearing this comment. They knew there had to be a catch, and rather than discussing it with them. He had decided to publicly speak about it to the people.

"Should I stop him?" Sunny asked.

"No, let's hear what he has to say. I think he has a point. At the end of the day, we don't know what Quinn's wish is in all of this, and as King, we need to know his goal." Muka replied.

Pausing for a bit, Quinn realised that the others would allow him to continue to speak, and so he did.

"I'm sure some of you know about me or who I am, and there are some of you who will not. I was a human, a human that had been turned into a vampire, but one that had contained the Eno bloodline. Which was why I was able to become the leader of the tenth castle.

"If you wish for me to be your King, then you need to all accept this fact. At the moment, the humans are at war with a race called the Dalki. The same creatures that had attacked the vampire settlement. There is a good chance that it will happen again. The threat on the vampire settlement is not over, and I want you all to be aware of that.

"I…Have been living a double life, but I want to look after the vampires just as much as I do the humans. The humans already know about our existence, some are scared, and I'm sure some of you are scared, but…I want us to overcome this fear, so the two of us can see each other as equals.

"I don't wish for there to be a separation, and I want the two sides to support each other. This is my wish. If you do not agree with my wish or plan to go against it, then I am afraid I am not the right King for you."

Quinn had stopped speaking there, and it gave the vampires a moment to talk. Many of them started to talk amongst each other about what they had heard. The vampires had been secluded from the humans for so long. Only a few of them were able to go to the human world. Many of them didn't know what humans were like.

However, at the same time, leaving the settlement exploring a wider world with more people felt exciting to them. In contrast, it was scary for others, but most of the vampires could agree on one thing.

"Our life belongs to our king, you!" A vampire shouted. "If it wasn't for you, we wouldn't be standing here right now! I will do whatever you want!"

"Yeah, he's right! Look at what happened to us. Even under the old rule, we need change!"

"If we don't do anything about those Dalki, then they will come after us, won't they!"

Surprisingly to Quinn, many in the crowd were supportive. What Quinn didn't realise was that what had happened was such a shocking event to them all. The leaders that they had trusted in this fight were helpless. Many of them had died.

It had come as a complete shock to the settlement that had been peaceful for so long, and at that moment, Quinn was the one that was there. Which was why they were so willing to follow him. Especially since vampires valued strength greatly, and Quinn certainly had proved himself in that department.

"Alright, that was the speech from the tenth leader, everyone!" Sunny nervously ran onto the stage and started clapping. It was Quinn's cue to leave, and he could only think that perhaps the leaders weren't so keen on Quinn's idea.

A few passing words were said, and then all of the coffins were burnt. The vampires watched the fire in silence until all the smoke had disappeared, signalling it was the end of the ceremony.

The vampires headed back to their castles being directed by their knights, and as expected, Quinn had been called to a meeting with the others. The meeting was to take place in the room where all of the leaders were preparing and watching the ceremony from behind the stage.

It was a large place that looked similar to that of a ballroom. Inside there were glasses of blood in wine glasses and a large round table with a white cloth as if they were going to go for a high-class meal. Here, Quinn could see all the leaders, including unfamiliar faces of the new ones sitting there.

Going to the table, Quinn sat down confidently, without greeting any of them, as if this was a bothersome thing to do. He wanted to make it clear that he wasn't doing this just because they asked him to.

"So I accepted your request as King? But it looks like the leaders here haven't accepted me, right? Or the council, so what is it that you wanted to talk to me about?"

Quinn knew this because the quest to become the vampire king was still available in his system. He had thought after saying those words on the stage that the quest might have been completed. There could have been a few reasons why it was not.

Quinn needed to be accepted by the people, he had to go through the King's ritual, or he needed the council to accept him as their King as well.

"I have to admit, we were quite surprised by your speech there," Muka said. "Honestly, after listening to you, we realised that we always thought of you as a vampire like one of our own."

"But you have made it clear that you see yourself as something different!" Nicu interrupted, banging his fist on the table.

Immediately, Quinn went to look towards him and waved his hand. In that second, an invisible force was felt hitting Nicu, knocking him off the chair and slamming his head on the ground.

"Don't worry, he is alive. I just don't want anyone to interrupt when we are talking about an important matter." Quinn replied.

The other leaders who had been against Quinn, and also wanted to speak had decided to stay quiet. They hadn't even seen what he had done, and Nicu still hadn't come up from that single move. It was a reminder of how he was able to save the settlement in the first place.

"We just wanted to ask. We know you said you wanted to bring humans and vampires together, but what did you exactly mean by that? After all, you will be asking us to direct our families under you. So it would be good for us to know." Jin asked.

"I was planning to tell you all anyway, and you're right, I did have something in mind when I accepted being King, and it was why I said all that earlier on the stage.

"I want the vampires to help the humans in the war against the Dalki. This is my condition for me becoming your King."