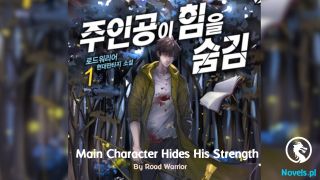 Jiang Yi did have his own reasons for doing this!

On the one hand, he could not afford for Wu Que’er to expose herself. This was the only way he could milk the full potential of this spy. Who knew if the Saint Priest or Saint Emperor had eyes planted around Wu Que’er? If Wu Que’er acted suspiciously with these foreigners, these eyes would likely send reports back to raise suspicions of the Saint Priest and Saint Emperor. Then, they were bound to get into trouble after entering Saint Emperor City.

That was why the Buddha Emperor and the others had to be taken down. This Ghost Elixir was a mysterious elixir that could seal one’s essence force. Wu Que’er naturally had the antidote to this medicine. He could give these people their battle power back at any time that she wanted. She just had to lock them up first.

On the other hand, this was what Jiang Yi was thinking: if he brought the Buddha Emperor and company to Saint Emperor City, they would be locked up with the Buddha Thearch and others for sure. If he could bring them there secretly with the Ghost Elixir’s antidote, then he would be able to give them back their powers secretly. When that time came, Jiang Yi could at least have them on standby to either rescue the Buddha Thearch and others or kill the Saint Priestess and Saint Emperor.

“Bring them back to the tribe!”

Wu Que’er waved her hand. Ten or so Fierce Warriors tied the Buddha Emperor and company up with a strangely solid ancient vein, restricting their movements. Then, they tied the ancient vein to the back of a battle tiger and dragged the group back. Death God Continent’s people were always this hostile to foreigners. What’s more, the Buddha Emperor and company killed many of their own people. Of course, they would not bother treating them nicely.

The pitiful Buddha Emperor, Yin Emperor, Night Emperor, and Xuan Emperor had to remain this uncomfortable all the way back to the East Imperial Continent. They were used to being treated as important people wherever they went. Now, they were being treated as less than beasts as they were dragged back by these people. These mountainous paths were not smooth as well. The journey back was rough, and they were left in a bad state by the end.

Jiang Yi sent a few eye signals to Wu Que’er, who then turned to look nonchalantly at the Buddha Emperor and others. She turned to Hun Can and said, “Don’t cause them to die.”

“Don’t worry. They can’t die.” Hun Can smiled but did not get what she was implying.

Wu Que’er’s gaze turned cool as she reprimanded him. “Idiot, these are people that the Saint Emperor wants. Heal their wounds and stop mistreating them!”

Hun Can immediately understood and turned to give orders at once. The Chieftain leaned in and nodded at Wu Que’er, saying respectfully, “Priestess, why did you all come back? Did you meet with some danger along the way?”

Wu Que’er tutted and said in an arrogant tone, “We met with demonic dragons near Pan Wang Mountain. We incurred huge losses and came back because we had no choice.”

The Chieftain lowered his gaze guiltily. “Oh? That’s Hun Nong’s fault. We should have sent more people with you to protect you. We’re to blame for the shock we caused you.”

“Let’s talk about it after we go back.”

Wu Que’er was too lazy to talk to Hun Nong. This was the way she always treated him. From the bottom of her heart, she despised the continent’s savages. Normally, she did not talk more than a couple of sentences with them. The Chieftain was used to it as well. He stopped trying to talk to her and turned to instruct a portion of the army to heal the others. The rest were to speed back to the tribe as fast as possible.

A few hours later, the army entered the tribe. The Buddha Emperor and company were locked in one of the forts. Hun Can prepared to send Chui Ye and others back. Wu Que’er cleverly turned to Jiang Yi and said, “This man saved my life at Pan Wang Mountain. Leave him here to be my personal guard.”

The Chieftain and Young Chieftain looked at Jiang Yi, astonished. His battle skills were not great. One middle-aged man in the sect quickly ran over and whispered to the Chieftain, who nodded after a while. “En, then you will follow the priestess from now on. Hurry and thank her for giving you such an opportunity.”

Jiang Yi pretended to tremble and jumped off his battle tiger. He bowed respectfully and said, “Thank you, Priestess.”

Wu Que’er nodded coolly and followed the Chieftain into a huge fort. The leader of her personal guards, Long Ruo, told his subordinates to bring Jiang Yi aside and explain the rules to him. Just like that, Jiang Yi smoothly became Wu Que’er’s bodyguard.

Wu Que’er entered one of the forts, and none of them heard from her for half a day. After that, she walked back out and looked around at the guards and Jiang Yi. Waving her hand, she said, “Long Ruo and the rest of you, come with me.”

Jiang Yi and ten other people, as well as the priestess’ personal guards, followed Wu Que’er into the fort where the Buddha Emperor and company were locked up. The Buddha Emperor and others were given special elixirs for recovery. Now, they were no longer bleeding. However, they still looked quite miserable. When they saw Jiang Yi and the others walk in, their gazes locked on Wu Que’er and their eyes twinkled.

“Long Ruo and you, stay behind. The rest of you, get out! Stand guard at the main door. Nobody is allowed in.”

Wu Que’er once again waved her hand casually. Apart from the leader of her personal guards and Jiang Yi, the other people—along with the guards from the tribe itself—walked out. They closed the door tight.

“Long Ruo, break all of their limbs!”

Wu Que’er gave such a weird order, causing the leader of her personal guards to feel quite confused. Still, he obediently walked forward, ready to hit them all. Jiang Yi moved at last. A black light shot out from his head. Mei Ru entered Long Ruo’s head from the back, into his spiritual consciousness.

Jiang Yi let out a long sigh. He began to look guilty. Walking forward to the Buddha Emperor and others, he said, “It’s been hard on you, everyone!”

The Yin Emperor was very unhappy. He tutted and turned his face to the side. He was even more ashamed now that Jiang Yi had seen him in such a pitiful state. Once again, he felt resentment toward Jiang Yi. The Buddha Emperor, however, looked empathetic. In a low voice, he asked, “Is the situation very complicated?”

“That’s too risky. Quick, tie us up once again!”

The Buddha Emperor heard all the updates from Jiang Yi and at once spoke in a cool tone. His gaze was cold as well as he continued, “You were right to take us all in with you, but you should not have come to look for us immediately. You should have taken over all of Wu Que’er’s personal guards so that none of this would get out. Otherwise, everyone will perish the moment we enter the Saint Emperor City. That Saint Priest could control all of Death God Continent. His skills and strategies must be terrifying. If you’re not careful, you might lose everything.”

Jiang Yi understood now. He personally tied up all of them once again and brought Wu Que’er and Long Ruo back out. He would control all hundred of Wu Que’er’s personal guards before deciding what to do next. The Saint Priest might have planted a spy among them.

Everything went well this time. When Wu Que’er went back to the fort that Hun Nong prepared for her, she called all of her personal guards in on the pretext that she wanted to ask them something. Jiang Yi and Long Ruo were inside. Each time they struck, it was a surprise. Without any noise, all the guards were successfully taken control of within two hours.

“There really was a spy!”

Once Mei Ru took control of the last person, she appeared outside and said in a low voice, “There are two people who report directly to the Saint Priest. Of course, they were not sent to watch Wu Que’er. They were just planted here so that the Saint Priest would have more eyes.”

Jiang Yi nodded and entered the other fort once again with Long Ruo. They did not have to worry about outsiders this time. All of them were soul slaves. No one would leak any information. After Jiang Yi entered, he looked at the Buddha Emperor and said, “We’ve taken control of all of them. Uncle Yi, what should we do next?”

The Buddha Emperor and the others had been discussing their next moves in secret for the two hours that Jiang Yi was working. They already decided on their next course of action. The Buddha Emperor explained, “We only have one exit route. We have to think of a way to kill or control the Saint Priest and Saint Emperor. Otherwise, even if we save my clan head and the others, it would be of no use.”

Jiang Yi’s expression hardened. The Saint Priest and Saint Emperor were so highly-skilled. Could he and Mei Ru alone take control of or kill them both?

The Buddha Emperor seemed to notice Jiang Yi’s expression. He smiled and comforted him. “Go to the Saint Emperor City first so that we can be locked together with my clan head and the others. The Night Empress and the three clan heads are all intelligent old curmudgeons. Once they understood the situation, they might come up with an even better plan than we have now. What’s more, you’ve given us the antidote in secret. Given our clan heads’ battle skills, even nine-star formidable martial artists would perish in their hands.”