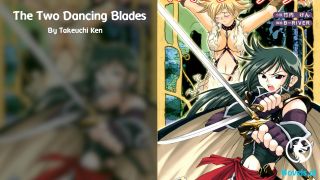 «My Disciples Are All Villains (Web Novel) - Chapter 1245: Switching Between Old and Young

Chapter 1245: Switching Between Old and Young

Everything in Transient City was affected by the Pillar of Impermanence and the vortex it generated. The void was rippling. The plants, flowers, and trees withered at a speed visible to the naked eye. Flying beasts fell lifelessly to the ground; fierce beasts dropped dead to the ground.

When the two elders with 16 Birth Charts joined forces to attack the barrier, they only managed to leave a huge ripple on it. That was all.

Lu Wu jumped and landed on the barrier; it looked like a cat standing on glass. It attacked the barrier from time to time, searching for its weakness. Alas, it was not like Bi An whose strength was its destructive power. Its ability was freezing. Hence, it was not surprising that it could not cause any damage to the barrier. It leaped back and forth before it lowered its head and said, “The ancient formation…”

Lu Wu looked up at Lu Wu before shifting his gaze to the spinning and growing Pillar of Impermanence. “Ancient formation?”

Lu Wu felt fortunate it did not enter. Otherwise, it would be trapped inside.

Ye Wei said, “The pillar should be the core of the formation… ”

Fortunately, Lu Wu did not enter. Otherwise, it would have been trapped inside.

“The pillar’s ability to absorb life is like a catalyst. When combined with the formation, its power multiplied. I was too careless…” Ye Wei said regretfully.

Everyone knew about the danger lurking in the Unknown Land. A moment of carelessness could doom one to death.

Everyone considered Transient City a holy land of cultivation, but up until now, not many people came here. Every once in a while, some people would try to occupy this place, but they would always fail to become the master of this place. Based on this, one could already see there was a problem with this place.

The Pillar of Impermanence continued to grow. Its diameter had reached about 1,000 feet at this point.

Everyone busied themselves, flying in the air and looking for ways to leave.

Everyone flew above the longevity town and continued to look for an opportunity.

If this continued, they would all die.

Lu Zhou said sternly, “I want to see what this pillar is capable of.”

Then, he stepped forward and struck with his palm.

The Pillar of Impermanence shook violently as Lu Zhou’s divine power entered it through his palm. It began to resist as it felt the suppression of the divine power.

At this time, the void stopped rippling. Then, the pillar seemed to focus all its force on Lu Zhou.

A vortex appeared above Lu Zhou’s head as his lifespan was swiftly devoured by the pillar.

Everyone widened their eyes in shock when they looked at Lu Zhou. It was obvious to them he was planning to deal with the Pillar of Impermanence on his own.

Even Ye Wei and the three elders were shocked by Lu Zhou’s actions.

Lu Zhou ignored everyone. The numbers of his lifespan in the system panel changed at an exaggerated speed. Thousands of days would disappear with every change.

Everyone held their breaths as they watched. Under the churning vortex and in the darkness, they thought their eyes were playing tricks on them when they saw Lu Zhou’s appearance turn youthful before growing old again. When they looked again, they saw wrinkles on his face, and his black hair turning white.

Who knew if it was due to Pillar of Impermanence, the vitality energy from the Reversal Cards surged into Lu Zhou’s body, turning him young again. However, it was not long before he began to age again.

Lu Zhou did not hesitate and bought 100 Reversal Card before using them immediately. Following that, he absorbed all the vitality energy in Transient City. With this, he grew younger again.

Everyone looked at the surging vitality energy warily and anxiously. The power of the pillar was beyond their expectations. At this time, a sense of helplessness overwhelmed all of them. Were they going to die today?

Another 100,000 days was absorbed by the Pillar of Impermanence. It was like a bottomless pit that could not be filled.

As the disciples looked at their master who was constantly switching between old and young, they could not help but recall their time in the Evil Sky Pavilion. They could not bear to look at their master at this moment. Even if they were beaten and scolded, none of them could deny that up until now, their master had always protected them.

The law of the jungle was only half correct. It was said that there was room for small trees under a big tree. However, before the small trees could tower into the sky and face danger on their own, how could they thrive without the protection of a big tree?

The Pillar of Impermanence shook.

Everyone instinctively turned to look and saw Yu Zhenghai had flown over to the Pillar of Impermanence at some point and had smacked his hand down.

“How can I not help?” Yu Zhenghai grinned.

Yu Shangrong put his Longevity Sword away with a smile before he silently placed his hand down as well.

“I can be useful as well!” Duanmu Sheng said as he flew over.

Lu Zhou felt the pressure reduce greatly as soon as his four eldest disciples placed their hands down. The number of his lifespan on the system panel changed at a slower speed as well.

After a moment, Kong Wen gritted his teeth and said, “D*mn it, what’s there to be scared of? Brothers, let’s go!”

Without another word, the four brothers flew next to Duanmu Sheng and placed their hands down as well.

Needless to say, Yan Zhenluo and Lu Li rushed over as well.

In the past, Little Yuan’er might have stood aside and watched. After all, her master and her seniors were too powerful that she did not need to do much at all. However, this time, she really could stand to do that. Similar to Anyang, the Evil Sky Pavilion was her home; its members were her family. Her master was like her father, and her senior brothers and senior sisters were truly like her brothers and sisters.

“No,” Little Yuan’er said resolutely before she flew over as well.

How could Conch not do anything? She hurriedly flew after Little Yuan’er as well.

When Ye Wei saw this, he was startled and slightly moved. When had the tens of thousands of disciples in Yannan’s Blessed Land ever been so united? Sometimes, absolute strength was not enough. Strength could force people to submit but it would not make them loyal.

It was true that Ye Zheng was an awe-inspiring figure. He was undoubtedly the pillar of Yannan, and the reason all of them stood tall in the green lotus domain. However, at the same time, how many people were cursing him behind his back? In fact, even the four elders were filled with complaints and dissatisfaction during their journey here.

Ye Wei sighed heavily. ‘Ye Zheng truly shouldn’t have any complaints about losing to such a person…’

When a crowd gathered firewood, the fire would be high. When the crowd planted trees, they would become a forest.

Ye Wei took the lead and flew out.

The three elders flew out without any hesitation.

A circle of light appeared as the Pillar of Impermanence buzzed.

Whitzard flew over from the distance and hovered above everyone.

Whitzard let out a cry before auspicious energy began to rain down from the sky.