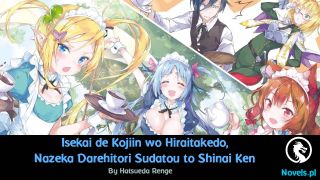 «My Disciples Are All Villains (Web Novel) - Chapter 1213: One Palm Strike to Intimidate All Living Things

Chapter 1213: One Palm Strike to Intimidate All Living Things

Yu Shangrong maintained his smile and said, “I’m only speaking the truth. I’m willing to apologize if I hurt your pride.”

In fact, Yu Shangrong was not being sarcastic; he was sincere about his apology. His personality was just like this.

Zhu Yan continued to rampage in the mountain pit as the huge purple rings of light blocked its escape route.

Sun Mu scoffed. “I have nothing else to say to you. For the Pavilion Master’s sake, I’d remind you that this place is extremely dangerous. It’s best if you leave as soon as possible.”

At this time, there were quite a few cultivators flying back and forth in the sky. When they heard Sun Mu’s words, they instinctively turned to look at the duo and believed that the duo was not experts.

Zhu Yan suddenly stomped on the ground, causing the five rings of light to crack.

Sun Mu turned pale with fright. He flew up and shouted, “Work with me!”

The five brothers hovered in the sky.

Sun Mu was the first to weave another powerful purple ring of light.

The other four weaved purple rings of light consecutively as well.

The rings of light linked up and surrounded Zhu Yan again.

Zhu Yan was enraged and smacked the cultivators within its reach, sending them flying like flies as they spat out blood.

After about 15 minutes, more than ten cultivators had died.

As for Zhu Yan, it was still filled with vigor. At this moment, it began to laugh maniacally. Then, it said, “Stupid!”

Zhu Yan stomped its foot, causing boulders to roll down the mountains from both sides.

Sun Mu’s eyes were bloodshot as he roared, “Sacrifice!”

The five brothers slapped away the talismans on their bodies and descended on the ground. Following that, the cultivators’ corpses began to rise into the air.

Upon seeing this, someone cried out, “You’re disrespecting the dead!”

Sun Mu replied, “Either we do this or we die.”

The cultivators could not say anything in response.

With the sacrifice, the power of the five rings of light increased tremendously. The rings of light were like binding hoops. They bound Zhu Yan’s shoulders, leaving bloody marks behind.

Soon enough, Zhu Yan lost its balance and fell backward like a mountain.

With this, hundreds of cultivators began to attack Zhu Yan in a frenzy.

Blood continued flowing from Zhu Yan’s wound until the pit looked like a pool of blood.

Zhu Yan struggled furiously; its hair stood on end immediately. Two green lights suddenly lit up on its chest, and its eyes shone eerily. Following that, it lifted its hands and hammered the ground with the force of a mountain, stirring up a gust of violent wind.

The purple rings of light were pushed off it; the cultivators were blown off, dead or injured.

At a distance away, Kong Wen, who saw this scene, exclaimed, “It’s Sun Mu and his brothers!”

Lu Zhou had long recognized the five brothers. “You know them?”

At this moment, Kong Wu said, “This is the best time for us to join the fight, Old Sir!”

Back at the battle…

The green runes on Zhu Yan’s chest and its eyes grew brighter and brighter suddenly before it suddenly leaped up and pounced at the cultivators. With each of its strikes, the cultivators were severely injured and lost their abilities to fight.

Upon seeing this, the five brothers gathered and began to move east. “We can’t win this battle. Retreat!”

With Sun Mu’s orders, chaos ensued. The cultivators were unorganized and fled in every direction.

Zhu Yan continued to attack. In just a blink of an eye, more than 100 cultivators died.

As Sun Mu and his brothers flew past Yu Shangrong and Yu Zhenghai, Sun Mu said, “Leaven! Why aren’t you leaving?!”

No matter what, the Evil Sky Pavilion had once taken them in. They were not enemies; they just had different aspirations.

However, when Zhu Yan leaped over, Yu Shangrong and Yu Zhenghai did not retreat. Instead, they advanced.

Sun Mu and his brothers flew away to a safe distance before they turned back to look. They were shocked when they saw millions of energy swords and energy sabers forming a huge defensive line that blocked Zhu Yan.

“Am I seeing things?”

“He… He clearly only has a Hundred Tribulations Insight avatar, right?”

Yu Shangrong was completely focused as he brandished his sword. His speed was extreme and his technique was perfect as he blocked Zhu Yan.

The duo joined forces and forced Zhu Yan to retreat.

All the cultivators stopped and turned to look.

“I thought their strength is just average?”

Yu Shangrong’s energy swords looked like a long dragon as they pierced Zhu Yan’s body. From time to time, he would use his eleven lotus leaves and the Longevity Sword to inflict damage on Zhu Yan as well.

Under all kinds of torture, Zhu Yan went berserk. The green light on its body suddenly glowed red.

Meanwhile, Yu Zhenghai and Yu Shangrong also did not expect Zhu Yan to grow stronger. Their energy swords and energy sabers were blasted away immediately.

Zhu Yan stomped on the ground and rose into the air. It broke through Yu Shangrong and Yu Zhenghai’s line of defense and swooped down on the fleeing cultivators, hammering them with its fists.

One of the mountains was instantly leveled while several cultivators turned into meat paste.

“Stupid… humans!” Zhu Yan’s eyes glowed red as it bared its teeth. It stomped on the ground again and chased after the cultivators.

Sun Mu and his brothers were frightened out of their wits as they fled for their lives.

Zhu Yan swooped down from the sky and punched its fist out with the force of a mountain again.

Lu Zhou raised his head and looked at the huge fist expressionlessly.

“Old Sir!” Kong Wen cried out anxiously. Sweat was dripping down his face as he watched the unmoving Lu Zhou in horror.

Lu Zhou lightly flew off Whitzard’s back and went forward to meet the humongous fist.

‘Originating from nothing, from it comes everything. Living in samsara and learning from it. This is the power of past lives.’

Lu Zhou’s hand glowed with a golden light before he launched the Expansive Heavenly Energy palm seal that had been imbued with the divine power.

The palm seal collided with Zhu Yan’s humongous fist; the backlash of energy rippled out immediately.

Everyone watched in shock as the old man who was the size of a leaf compared to Zhu Yan stopped Zhu Yan’s fist.

It was not over. The palm seal increased in size swiftly until it was bigger than Zhu Yan’s fist.

Zhu Yan roared in pain as it was pushed back.

Lu Zhou did not retreat. He stood high in the air with his hands on his back as he looked down at the falling Zhu Yan, looking as fearsome as a demon in the dark.

With just one palm strike, he intimidated all living things!

Kong Wen’s eyes were as wide as saucers. “O-old Sir… A-aren’t you skilled in healing?!”

Little Yuan’er rolled her eyes and said, “Who told you my master is only skilled in healing?”

Little Yuan’er made a face at Kong Wen as she said, “My master has always been good at beating people up!”

Kong Wen was speechless. He did not know whether to laugh or cry. At this time, he realized how foolish he had been.

However, there was another group of people who felt even more stupid than Kong Wen.

Sun Mu and his brothers looked at the white-haired sage-like old man speechlessly.