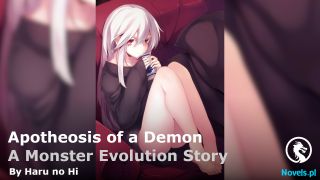 «My Disciples Are All Villains (Web Novel) - Chapter 1212: Zhu Yan and the Five Brothers

Lu Zhou said, “With me here, there’s no need to worry.”

How could Kong Wen not worry? The other party was a proper army while they were only a ragtag bunch of cultivators. Theirs was a temporarily formed team while the other was led by a Venerable Master.

Kong Wen said anxiously, “This is the 49 Swordsmen of the Northern Mountain Range from Qin Renyue’s clan. Their sword formation is terrifying. Whenever they appear, it means a major event has happened. Moreover, Qin Renyue must be present.”

Mingshi Yin rolled his eyes and said, “Why are you so anxious? He’s just a Venerable Master, right? Is there a need to be so afraid?”

“Are the 49 swordsmen very strong?” Lu Zhou asked. He was not bothered with Qin Renyue. He could deal with Qin Renyue with his various item cards and the divine power. However, 49 people were rather a lot of people to deal with.

Kong Wen said, “The overall strength of the 49 swordsmen is between four to five Birth Charts…”

The 49 Swordsmen were indeed powerful.

Lu Zhou kept shaking his head. ‘Is this the so-called balance?”

Humans were animals that were best at fighting among themselves. If there were no balance, the green lotus domain could subjugate the red lotus domain, the golden lotus domain, and all the other domains, They could even eradicate the domains if they pleased.

The 49 Swordsmen of the Northern Mountain Range had disappeared into the black fog. They flew at top speed, seemingly in a hurry. They did not stop at all. One or two of them glanced at Lu Zhou and the others before ignoring them.

They were heading in the direction where Duanmu Sheng and Lu Wu were.

Lu Zhou fell deep into his thoughts. He used the power of sight to observe Duanmu Sheng and Lu Wu and found them at the foot of the mountain with nothing out of the ordinary.

Everyone followed closely behind as Lu Zhou flew out.

In the white palace.

Lan Xihe, who was hovering in the air, suddenly opened her limpid eyes. Over the past few days, she had been restless, making it hard for her to concentrate and cultivate. In the end, she decided to stop trying.

When she walked out of the palace, she waved her sleeve.

A female attendant flew over from afar. She bowed and said, “I’ve been observing the White Tower Council according to your instructions.”

Lan Xihe shook her head and softly asked, “What’s the situation like in the Unknown Land?”

The female attendant said, “After the imbalance, the fierce beasts are migrating east. There should be many cultivators going there to try their luck.”

“Which way did the Scale of Justice tilt?”

“Half a month ago, the scale tilted down to the east… However, yesterday, it tilted even more…” the female attendant replied.

The female attendant seemed taken aback. “Master, the Unknown Land is so vast…” After a moment, she said, “I understand. I’ll do my best. I’ll take my leave now.”

In the Unknown Land.

The entire place was shrouded by thick fog.

Lu Zhou and the others kept flying north to the Green Hill Mountain Range.

With that, everyone adjusted their direction to the northwest.

When they arrived above a damp and dark forest, Kong Wen suddenly called out, “Wait.”

Kong Wu landed on an ancient tree. After observing the fist-sized strange reptiles on the ground, he said, “The ground is shaking. There’s movement in the west…”

Kong Wu flew back up. He did not want to see those reptiles. They were too disgusting and scary, giving him goosebumps.

Lu Zhou glanced at them casually before looking away.

Kong Wen understood Lu Zhou’s intention. He brought out talismans and made hundreds of firefly-like seals and sent them to the west.

“Old Sir…”Kong Wen made a gesture of invitation.

The further west they traveled, the more obvious the movements were.

The earth quaked from time to time, accompanied by a thunderous sound.

The small fierce beasts on the ground fled one after another. There were also many weak Birth Chart Beasts among them.

The flying beasts in the sky flew into the black fog, avoiding the humans.

Several humans in the sky launched energy swords to the ground.

The roar was earth-shattering.

Dozens of cultivators were sent flying in all directions, spitting out blood.

Lu Zhou came to a halt.

Kong Wen gulped, “It should be a beast king that’s on the cusp of transforming into a beast emperor.”

Yu Shangrong flew to the front and said, “Master, I’ll go and have a look…”

Then, the duo flew away without another word.

Kong Wen wanted to say something, but when he recalled the duo killing the Five-Color Green Luan, he swallowed the words on the tip of his tongue.

The four brothers hovered in the air, feeling awkward.

Just as Lu Zhou had said, their only use was to track. They did not need to do anything at all.

Lu Zhou shook his head and said, “Safety is more important. This beast king is on the cusp of becoming a beast emperor.”

Nevertheless, Lu Zhou rose higher up into the sky to have a look.

The others followed suit.

Upon seeing this, Kong Wen turned to Mingshi Yin and asked, “Brother, how strong are those two?”

Mingshi Yin replied, “To be honest, I’m not sure as well…”

Kong Wu said curiously, “Based on the strength they displayed earlier, they should be no weaker than a Four Chart cultivator. However, I have a nagging feeling their strength is more than that…”

Mingshi Yi glanced at Kong Wu and said, “You’re rather smart. Even if their opponent is in the same realm, they would have to raise and surrender to my senior brothers!”

‘I surrender to your skill in bragging!’

Soon enough, purple smoke slowly rose from the mountain pit in front of them. Then, a purple circle of light appeared and was divided into five. The five purple rings were linked as they shot up to the sky.

The earth quaked again as the giant fierce beast leaped out of the mountain pit.

The fierce beast looked like an ape with a white head and red limbs.

“I didn’t expect it to be Zhu Yan. Not counting beast emperors, Zhu Yan is said to be invincible. Not only is it huge, but it’s almost as smart as a beast emperor. Out of all the fierce beasts, Zhu Yan resembles humans the most,” Kong Wen said in disbelief, “How lucky! Old Sir, although there are cultivators making a move, we can’t miss this opportunity!”

Lu Zhou pointed at the five purple rings of light. “There are witchcraft cultivators…”

The five purple rings of light were sent flying into the horizon before vanishing by Zhu Yan.

“Scram!” Zhu Yan roared as it straightened its back, towering above the clouds.

Zhu Yan grabbed the boulders on the ground and threw them in all directions.

The cultivators had no choice but to activate their protective energy to keep the boulders from hitting them.

Some boulders flew so far away that they were near Lu Zhou.

Mingshi Yin dealt with them one after another.

Meanwhile, Yu Shangrong and Yu Zhenghai finally arrived in the sky, high above Zhu Yan. Their view here was much better than their master’s. The duo soon saw a cultivator dressed in a long robe standing in the middle of the five purple rings of light above the mountain pit. Purple energy kept rising into the sky.

“Zhu Yan’s strength is beyond our expectations…” Sun Mu said.

“I’m afraid just five of us won’t be able to take it down.”

The five of them launched rings of light again, keeping the boulders at bay.

“Listen to me! We’ll take down Zhu Yan together, and we’ll split the spoils later!” Sun Mu said loudly.

The five brothers stood at the lead and gave their orders.

Apart from those who were injured, hundreds of cultivators surrounded them.

Yu Shangrong held the Longevity Sword in his hand and transmitted his voice so everyone could hear him. “I’m sorry, but you’ve all overestimated yourselves.”

All the cultivators instinctively turned to look at Yu Shangrong.

Yu Zhenghai said in a clear voice, “Witchcraft can only be used as traps. It’s foolish to depend on it to deal with beast kings…”

Sun Mu replied indignantly, “It’s fine if both of you refuse to lend a hand, but is there a need for you to say such mocking words?”