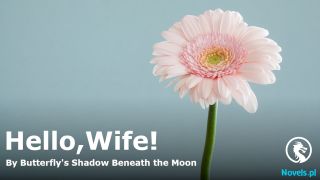 After Lu Zhou placed the Qin Yuan’s life heart in the Birth Palace, the process was unusually smooth. Spots of starlight appeared on the lotus seat.

The power in the abyss was absorbed and helped with the activation of the Birth Chart.

“I didn’t expect to benefit from this misfortune.”

The mysterious energy here could actually help with cultivation.

Lu Zhou suddenly thought about something.

After humans died, they all returned to earth. When they were alive, they absorbed the nutrients from the earth to grow and become stronger. Cultivators absorbed the vitality energy from nature, defying the heavens and changing their fates. After dying, everything should return to the earth. This was also in line with the law of conservation.

“To think there’s such a treasure under the Pillar of Destruction.”

Lu Zhou could feel the energy in the abyss slowly flowing into his Birth Palace. Although the speed was not fast, it was better than nothing

After the Qin Yuan’s heart marked out the area in the Birth Palace, Lu Zhou took it out.

The Qin Yuan had suffered a terrible defeat when faced with Ming Ban. To a great extent, it was because she lacked the life heart. Alas, he could not return it to the Qin Yuan right now.

With this, the second stage of the Birth Chart activation began.

In the following period of time, while Lu Zhou was in the abyss, apart from cultivating, he would also try his luck with the lucky draws and look for ways to leave the abyss.

Every time his cultivation improved, he would fly upward. Alas, he would fail and end up falling again.

When Mingshi Yin brought Jiang Wenxu back to Fragrant Valley, everyone from the Evil Sky Pavilion thought it was strange when they only saw Mingshi Yin. Then, when they saw the beaten-up Jiang Wenxu and the injured Qin Yuan, they finally realized something was wrong.

Chen Fu was also concerned. He asked with a frown, “Your master didn’t come back?”

“My master might be a little late…” Mingshi Yin said.

“Who’s he?” Little Yuan’er pointed at Jiang Wenxu who was lying on the ground.

“Jiang Wenxu, the Grand Tutor of the golden lotus domain,” Mingshi Yin replied. “Him? Isn’t he dead?” Little Yuan’er asked curiously. Then, she said, rubbing salt on Jiang Wenxu’s wounds, “I remember that he was beaten up by master and died a horrible death.”

Jiang Wenxu’s cultivation had already been destroyed. He was so angry that he felt his livers hurt. He had no strength to refute at all.

“That was his projection.”

Chen Fu explained, “It’s an ability. One can use a sacred relic and manifest a projection with its own consciousness. The higher one’s cultivation is, the stronger control one will have over the projection. Cultivators who have comprehended the Great Dao will have this ability.”

Mingshi Yin nodded. “When I become a Dao Saint, I’ll manifest one too! It’s not a bad idea to be a local tyrant somewhere.”

Zhu Honggong chuckled and said, “Fourth Senior Brother’s thoughts are the same as mine.”

At this time, Chen Fu asked, “What happened? Why is the Qin Yuan injured?”

“We ran into some trouble on the way,” Mingshi Yin said.

Yu Zhengghai scoffed and said, “Old Fourth, spit out. We’re all on the same side here. Don’t try to hide anything.” Mingshi Yin hastily said, “I’m not hiding anything. If you don’t believe me, you can ask the Qin Yuan.”

The Qin Yuan could tell what they were thinking so she said, “We did run into some trouble, but I took care of it and got injured.”

Jiang Wenxu endured his pain and said with a chuckle, “Fighting… Fighting with the divine emperor… He, he won’t have it easy either.”

‘I forgot about him. I must look for an opportunity to kill him,’ Mingshi Yin thought to himself.

There were many people, and it was chaotic. It was not that Mingshi Yin wanted to hide this from his fellow disciples. There were the disciples of the Autumn Dew Mountain as well, after all. It was better that fewer people know about the Unholy One. Moreover, once his master returned, everything would be fine.

Everyone bowed and left.

Mingshi Yin tied Jiang Wenxu up in an abandoned room before sealing Jiang Wenxu’s Eight Extraordinary Meridians. Then, he let Qiong Qi guard Jiang Wenxu. With that, he left to cultivate in peace.

Initially, Mingshi Yin thought his master would return soon. However, after waiting for five days, he began to feel that something was

Mingshi Yin could only tell the others that their master was chasing after the enemy. It was the truth, after all. It was just that he did not expect it to take so long.

After another ten days or so had passed, the other disciples of the Evil Sky Pavilion surrounded Mingshi Yin while the others stood at the side.

“Old Fourth, tell us the truth! What happened?”

Seeing that things had come to this point, Mingshi Yin told them about what had happened, excluding the matter about the Unholy One.

When Chen Fu heard this, he shook his head and said, “Brother Lu is only a Saint. How could he fight against a divine emperor for so long?”

Everyone looked at the Qin Yuan. Even an ancient Saint Slayer was injured, what about their master who was only a Saint.

Zhu Honggong fell to his knees and wailed at the top of his lungs, “Master! Why did you leave so soon?! I’ve yet to have a chance to be filial to you! Heavens, you must be blind!”

Everyone frowned as they looked at Zhu Honggong. After all, considering Mingshi Yin and the Qin Yuan hemming and hawing when they recounted what happened, perhaps, Zhu Honggong was not wrong.

Finally, Mingshi Yin kicked Zhu Honggong and said, “Idiot! What are you wailing for? Master’s not dead!”

Zhu Honggong wiped his tears away and stopped crying. “Is that so? Then, why hasn’t he returned yet? You deliberately hid this matter for so many days. Isn’t it just because you don’t want us to be sad?” Mingshi Yin cursed before he said, “Let’s see how master teaches you a lesson when he returns!”

Zhu Honggong no longer dared to say those words. He hurriedly stood up as he wiped his eyes and said, “That’s right, that’s right, that’s right. Master is invincible! How could something happen to him? Then, you said master fought against thousand of enemies alone, and even a divine emperor ran from him. You made this up, right? It’s quite brilliant.”

At this time, the Qin Yuan said, “The Pavilion Master’s cultivation is unfathomable. It’s nothing for him to fight a divine emperor.”

Everyone wore expressions of disbelief on their faces. Did they look like fools?

Mingshi Yin said, “Has master lost to anyone in the past? Which powerful enemy has he not defeated?”

Yu Zhenghai swept his gaze across everyone and said, “Since master isn’t here, as the Eldest Senior Brother, I naturally have to shoulder the responsibility. We’ll wait a little longer. If master doesn’t return, we’ll go out and look for him.”

The four elders nodded. “For now, this is the only way.” The Qin Yun looked at the disciples of the Evil Sky Pavilion and could not help but sigh inwardly. If the Unholy One’s disciples were so loyal back then, they would not have ended up in such a miserable state. Now that they had risen again, they definitely could not make the same mistake. She really wanted to tell them that their master is the Unholy One. “I’ll do my best to help you get through any life-threatening situation,” the Qin Yuan said.

Another ten days passed. Lu Zhou still had yet to return.

Yu Zhenghai did as he said and left Fragrant Valley to look for his master.

Just as Yu Zhenghai was about to leave, Yu Shangrong stopped Yu Zhenghai and said, “Eldest Senior Brother, I’ll go with you.”

“It’s dangerous outside. You should stay,” Yu Zhenghai said.

Yu Shangrong said with a faint smile, “Back then, I crossed tens of thousands of miles of forest from a little mountain with a mortal body. You can imagine how dangerous it was. I don’t think there’s anything more dangerous than that.”

Yu Shangrong’s past had always been regarded as a legend by the people of the Evil Sky Pavilion.

“Since it’s rather safe in Fragrant Valley, I feel at ease to go with you,” Yu Shangrong said again.

“Eldest Senior Brother, are you afraid you won’t have a chance to show off if I go with

With that, the duo left Fragrant Valley while the other stayed to cultivate.