Support
Random Novel
The Strongest Legend of Dragon B 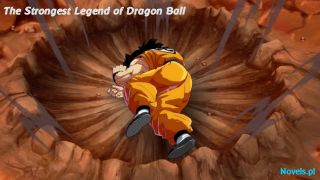 “You don’t appreciate my kindness at all. Very well. I won’t bother with you,” Emperor Yu said. Just as he was about to leave, he thought of something and said, “That’s not right. Divine Lord Ming Ban is missing, and Elder Ming De is dead. How can I not bother with this matter?”

Emperor Yu was rendered speechless. Indeed, one was a divine lord, and the other was just a Dao Saint; how could they be a match for the Unholy One? They did not even have the qualifications to fight. Finally, he sighed. “I’ve heard all of you spoke about him. I really want to spar with him.”

Ming Xin glanced at Emperor Yu. After a long time, he said, “You overestimate yourself.”

“No, you underestimate me,” Emperor Yu retorted.

Then, he split the sky open with his hand. A huge circle of light appeared in just an instant.

One by one, the experts from the Feather tribe flew into the runic passage and vanished from sight.

After a while, Ming Xin returned to the Sacred Temple.

He looked ahead expressionlessly and said, “Order to ten halls to increase their patrols at the Pillars of Destruction. The twelve Dao Saints will take turns patrolling the pillars as

After a brief moment, a figure appeared in the air and bowed. “Wen Ruqing pays respects to Your Majesty.”

“The four of you investigate this in secret,” Ming Xin said. “Understood,” Wen Ruqing said, “We’ve also formulated a detailed and reliable plan for the Great Void. We’ll ensure that nothing happens to the other Pillars of Destruction.”

In the northern city of the western capital in the twin lotus domain.

Mingshi Yin, Qiong Qi, and the Qin Yuan had been waiting for a long time for Lu Zhou’s return.

The Qin Yuan said confidently, “The Unholy One will definitely return.” “Forget it. Unholy One? What Unholy One?” Mingshi Yin asked.

The Qin Yuan did not bother to explain. She only said, “I’ll wait for the Unholy One here.”

‘Master, where did you find such a fanatical fan?’

“You’re heavily injured. It’s best to heal your injuries first. If you kneel and die as a result, you won’t be able to see my master again,” Mingshi Yin said.

The Qin Yuan was stunned. She really did not want to die.

Mingshi Yin continued to say, “That Emperor Tu Wei isn’t simple either. I’m afraid master won’t be coming back so soon. In my opinion, it’s best to return to Fragrant Valley first.”

Mingshi Yin interjected, “There are no buts… You… Why can’t you be more rational?” Mingshi Yin said, looking as though he was disappointed.

The Qin Yuan sighed, “Perhaps, you’re right. If we stay here, we’ll only be a burden.”

“That’s right.” Mingshi Yin nodded. Then, he turned around to survey his surroundings before he pointed at Jiang Wenxu, who was on all fours and caged by Lu Zhou’s palm seal, and said, “Before we leave, kill him.”

The Qin Yuan said, “His cultivation has been crippled. Killing him is easy, but the palm seal left

He pointed at Jiang Wenxu, who was standing on all fours in the area.

Qinyuan said, “His cultivation has been crippled. Killing him is easy, but the palm seal left behind by the Unholy One isn’t easy to deal with. I’m afraid I can’t break it.”

Mingshi Yin pointed at the Qin Yuan and said, “Let me warn you first. When we return to Fragrant Valley, don’t call my master the Unholy One. This matter must be kept a secret.”

Today, it was just Tu Wei. There were so many experts in the Great Void. If they found out about his master identities and the Great Void Seeds, then they would be in trouble.

The Qin Yuan said, “I understand.”

Mingshi Yin walked toward the palm seal left by Lu Zhou and looked at Jiang Wenxu, whose face was flushed red from the attack earlier, before he said, “You’re really interesting. Back in the golden lotus domain, you did as you pleased. Alas, your life is tough. No matter where you are, you always end up defeated by my master.”

Now that Jiang Wenxu’s cultivation was crippled, he had lost all hope. At this moment, his mouth was parched, and his face was filled with despair. The feeling was worse than death. He said resentfully, “If the Great Void can kill him once, they can kill him again.”

“Heh, how dare you speak about my master! Let me beat you up!” Mingshi Yin rushed over.

The Qin Yuan called out, “No! That palm seal is dangerous.”

However, Mingshi Yin easily rushed into the palm seal and was safe and sound. Then, he kicked Jiang Wenxu’s chest.

Jiang Wenxu spat out a mouthful of blood.

Mingshi Yin stepped on Jiang Wenxu and twisted his foot.

Jiang Wenxu spat out another mouthful of blood. Then, he said, “Give me a quick death!”

Jiang Wenxu chuckled and said, ‘No matter how many times I lose, even if I can choose again, I’ll still do the same. However, he won’t be able to do it.”

Mingshi Yin stomped his foot for the third time.

Jiang Wenxu could no longer hold back and cried out in pain.

Mingshi Yin said, “I don’t know where you got your confidence from. My master easily suppresses Emperor Tu Wei. Who else in the Great Void is a match for my master?”

“You’re the one who’s truly ignorant,” Mingshi Yin said as he grabbed Jiang Wenxu by the collar and said, “Master said to spare your life so you can see the consequences of humiliating the Evil Sky Pavilion.”

Then, Mingshi Yin lifted Jiang Wenxu and left the area sealed by the palm seal. As soon as he left, the palm seal mysteriously disappeared. He sensed the movement and turned around to have a look. Then, he muttered inwardly, ‘Master, I hope nothing happens to you.’

Although the Qin Yuan was injured, flying was not a problem. She followed closely behind as they rushed toward Fragrant Valley.

Mingshi Yin said again, “Remember not to say anything about the Unholy One. You’re really good at making up stories. How can my master be the Unholy One? Are you calling him a devil?”

The Qin Yuan looked at Mingshi Yin with a complex expression. Then, she pretended to smack her forehead and said, “Yes, yes, yes, I made it up. How can Pavilion Master Lu be the Unholy One?”

Inwardly, the Qin Yuan thought to herself, ‘He’s the Unholy One. I don’t care if you believe it or not!’

Lu Zhou entered his cultivation state. He sensed the changes in his surroundings. He could feel that the cultivation speed here was more exaggerated and naturally, more comfortable than the Unknown Land.

He brought out his lotus and looked at his Birth Palace. Then, he prepared to activate his 26th Birth Chart. He brought out the Qin Yuan’s life heart from the Vast Sky Bag.

Lu Zhou felt a little embarrassed when he saw the Qin Yuan’s life heart. He had forgotten to return it to her earlier. No wonder the Qin Yuan was beaten up by the Ming Ban, the divine lord, earlier. After all, despite the different classes, they were both supreme beings; the gap should not have been that wide.

Following that, Lu Zhou looked at the system panel.

Lu Zhou thought about the Upgrade Card. He really did not know when to use it. 100 years were too long, after all.

Lu Zhou shook his head and put away the Upgrade Card. He thought to himself, ‘I should find a place and a chance to use it after leaving the abyss.’

Then, he placed the Qin Yuan’s heart in his Birth Palace to activate his 26th Birth Chart.