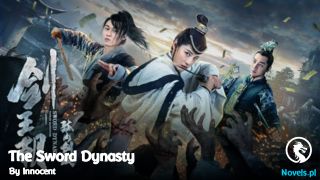 Chapter 1794 The Bottom of the Glacial Pond

Qiao Mu’s heart was in pain, and she panicked seeing that Qiuqiu looked like it was about to die the next second. She seemed to see a yellowed and age-old scene drifting past her eyes.

Once upon a time, there was a little girl who drifted in the void while clutching on to a broken withered tree. It had been for so long that she had lost all sense of time.

Just like this, the human and the tree only had each other for company.

The sapling shrunk in the blink of an eye, looking even worse than the wilted state she first saw it in.

Qiao Mu was at a loss as she shouted frantically, “Qiuqiu, wait for me. I’ll go find black spirit jade for you inside the glacial pond. You will definitely get better after absorbing it.”

“Master! Master!!” The water child was simply about to go crazy. It saw its little master dashing through the distorting Paradise Planet toward the glacial pond behind the peach orchard.

“Master!” Before the water child could teeter along to the bank of the glacial pond, its little master had already jumped in with abandon.

The water child also dove into the glacial pond in haste. It could only paddle its short limbs with all its might to catch up to its master up ahead.

Weren’t the little master’s strokes too fast? She swiftly swam like a fish toward the bottom of the glacial pond the moment she entered the water.

Qiao Mu arrived at the bottom of the glacial pond like an arrow. At this time, a red figure had also swam up to her with all its might. “It’s not here.”

Qiao Mu looked at the figure in confusion. This youth looked about 14 or 15, with a red pattern between his brows, while his bright red short hair was especially eye-catching.

“Mhm.” All divine beasts could transform, let alone the sacred beast bloodfire phoenix. But the beasts didn’t really like taking on human forms under normal circumstances, as their power and speed would get inhibited somewhat.

Qiao Mu hated herself right now for her laziness in the past. If she had known before this where the black spirit jade was located at the bottom of the glacial pond, then things wouldn’t have needed to get so complicated. She could just retrieve it with her spiritual conscious without having to dive in.

“Master.” The bloodfire phoenix turned back to look at Qiao Mu and was astonished to find that she was just beside him.

The bloodfire phoenix couldn’t help but be surprised.

Afterall, the little master didn’t make a sound when making strokes in the water, as if she had completely become one with the glacial pond.

“It’s right underneath the sand here. There’s a lot of black spirit jade buried there.”

Qiao Mu quickly swam down after him and brushed away the white sand. Sure enough, she saw a lot of black spirit jade.

Moving quickly, Qiao Mu threw more than half of the black spirit jade into her inner world in one move before swimming back up to the surface.

“Master, there is actually a hidden door beneath this black spirit jade…” Yet the bloodfire phoenix couldn’t help but sigh lightly when he saw that she was engrossed with swimming up to the surface and did not give him her attention.

His little master was not going to hear anything he said to her right now. Currently, she was totally focused on Qiuqiu.

The bloodfire phoenix followed her up to the surface. He creased his brows when he saw blood beading from her arms.