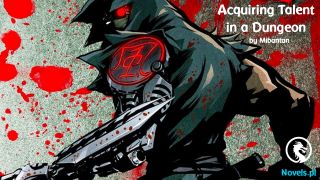 Chapter 694 DNA Test Proved The Child Was His (V)

However, Ye Lanchen seemed to have never said anything sweet to her.

She suspected that Third Young Master Ye would not even use sweet words to coax a girl.

When Chu Wuyou thought of this, she could not help but look up at Ye Lanchen. Then, she saw the smile on Ye Lanchen’s face that was constantly expanding.

Chu Wuyou was stunned. Her eyes quickly blinked. Why was this person smiling like this?

Did he think of something happy?

Did something happen just now that she did not know about?

No, just now, his face was gloomy. Now that he suddenly smiled like this, why did she feel panicky?

“Senior, if there’s nothing else, I’ll hang up first.” Chu Wuyou was shocked by Third Young Master Ye’s smile at this moment. Then, she directly hung up on Tang Boqian.

Chu Wuyou felt that Third Young Master Ye’s smile was so big that she might need to be even more vigilant and handle it carefully.

Seeing Chu Wuyou hang up on Tang Boqian just like that, the smile on Ye Lanchen’s face became even more brilliant.

“How can you not smile like that in the middle of the night? It’s so creepy.” Chu Wuyou finally could not help but speak her mind.

She had known him for so long, but this was the first time she had seen him smile like that. It was really… terrifying!!

Hearing her words, Third Young Master Ye was stunned for a moment. It seemed that she was indeed a little slow when it came to matters of the heart.

Obviously, she did not realize that his current happiness and smile were all because of what she had said to Tang Boqian just now.

Ye Lanchen reached out and held her hand. He gently rubbed it. His movements were very gentle, and there had never been such a rule before because he only held her hand and did not do anything else.

Could it be that Third Young Master Ye was possessed?

“You, are you alright?” Chu Wuyou looked at him and asked carefully.

“I feel a little dizzy and very uncomfortable.” Ye Lanchen originally wanted to say that he was fine, but his words suddenly changed.

“Do you have a fever?” Chu Wuyou’s eyes flashed. Her first reaction was to reach out and touch his forehead. Could it be that he had a fever? Looking at his situation just now, it really did seem like it.

It seemed like he had a fever and was confused!

Chu Wuyou did not realize that there was a hint of worry on her face at this moment, or there was also a hint of nervousness.

However, Ye Lanchen saw it very clearly. At this moment, Third Young Master Ye was even more satisfied, so his smile was even brighter.

“You don’t have a fever. Why don’t you go and find a doctor to take a look?” Seeing him like this, Chu Wuyou felt that his condition seemed to be very serious.

Should she get a doctor to take a look?

Ye Lanchen held her hand slightly and pulled her into his embrace. His hand then wrapped around her body.

Chu Wuyou was stunned. For a moment, she did not struggle or move. She only blinked her eyes quickly.

At this moment, Ye Lanchen was really not right. Something was very wrong.

He was in her heart, but this little fool had not realized it yet.

Perhaps, in her heart, he was still not as good as Bai Yihan, but he would think of ways to completely drive Bai Yihan out of her heart.