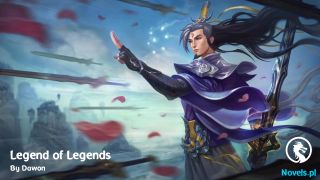 Previously, she took advantage of his business trip to file a divorce and leave. Now, more than a month had passed, and she was finally back.

Although it was only a month, he felt that a long time had passed. The last time he saw her in Country M, although she did not admit it, the truth was the truth. She was her.

Unfortunately, he had no choice but to let her go in the end.

She had finally returned. With the Chu family and Elder Chu around, he knew that she would not run away this time.

“She just arrived not long ago. Madam has already gone to the hospital,” Secretary Liu hurriedly replied.

Without waiting for Secretary Liu to finish speaking, Ye Lanchen had already stood up and hurriedly walked out. Although he knew that she would not run away again after coming back this time, he still wanted to see her as soon as possible.

Ye Lanchen went to the hospital as quickly as he could. He walked straight to Elder Chu’s ward.

Although Ye Lanchen did not appear, he was the one who arranged for the doctor, so he naturally knew which was Elder Chu’s ward.

Ye Lanchen also knew that Elder Chu had already woken up yesterday and was almost past the critical period. His life would not be in danger for the time being.

“Grandfather is most worried about your marriage right now. Now that the company is in such a state, I’m afraid…” Ye Lanchen walked out of the ward. The ward door was not tightly shut, and the old man’s weak voice could be heard, “But don’t worry, grandfather will definitely find a good marriage for you.”

Hearing the old man’s words, Ye Lanchen stopped in his tracks. He knew that she had never told anyone about his marriage to her, including the old man. He wanted to hear how she would answer now.

Ye Lanchen’s expression darkened slightly. He knew that she would not tell him.

She would not tell the old man about their marriage.

She had never told him about it in the past, let alone now. To her, they were already divorced, but he would not admit to it.

“Sigh.” Elder Chu sighed deeply and paused for a moment. When he looked at Chu Wuyou, his eyes were obviously heavier. “Wuyou, have you been blaming Grandpa for so many years that you deliberately did not get married?”

Ye Lanchen’s hand that was about to push the door stopped. He frowned slightly. Elder Chu’s words sounded a little strange.

“Huh? What?” Chu Wuyou was also stunned. She was clearly a little confused and did not understand Elder Chu’s meaning for a moment.

“Are you still blaming grandfather because of the incident six years ago? Is that why you haven’t gotten married?” Elder Chu sighed again. His voice sounded a little complicated.

Chu Wuyou’s eyes flashed. She pursed her lips and did not say anything.

“Wuyou, go and look for him. Grandfather doesn’t object anymore. Go and look for him. After so many years, if he’s still waiting for you, then it’s worth it for you to entrust yourself to him for life.” Elder Chu looked at Chu Wuyou with a very sincere gaze, but his emotions were still somewhat complicated.

Some things were really a cycle of karma.